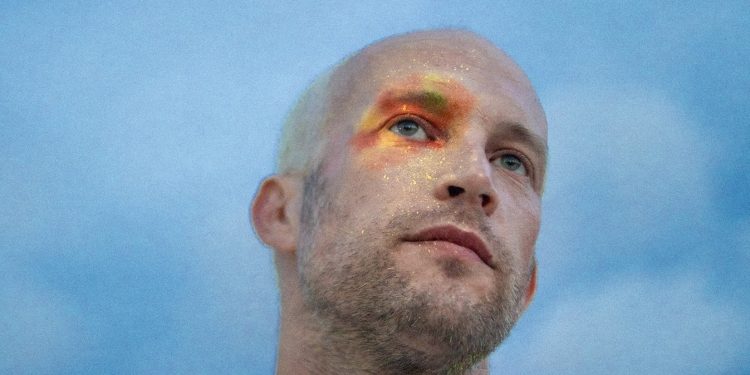 Toronto-based artist Ian Lake is one of Canada’s most gifted actors, and now he can add musician to the mix.

His acclaimed single “The Bottom” was released in 2021, from his upcoming debut album, What It Is, set for release in 2022.

His new single and video, “Easier,” is a letter of encouragement to himself and to all of us struggling through this difficult time.

You can find it now on all major platforms, and the video will be available on YouTube. For more information please visit Ian’s website.

As Ian steps into the Canadian musical landscape, he stays true to his nature, revealing personal stories of love, struggle and lessons learned. “Easier” is as beautiful a blue-eyed soul ballad as you’ll hear anywhere, with Ian’s heartbreaking voice set against a backdrop of the most gorgeous gospel harmonies, and a surprising but satisfying mellotron. It tells the story of a man who discovers the importance of self-forgiveness, building to the wisdom of the final line, “Love is all there is.”

Ian’s impassioned vocals dominate as he plays the Wurlitzer, ably backed by in-demand session/touring bassist Steve Zsirai. Producer Matthew Barber sweetens the sound with the unexpected but captivating mellotron and several other instruments. The angelic harmonies that really pull the song together are brilliantly arranged by Anika Johnson, and expertly executed by Anika, Barb Johnston, and Jewelle Blackman.

Ian calls “Easier” his self-help song. During the first lockdown, as he was spending all of his time with himself, a large stack of self-help books started to grow on his shelf, and this song came out of a lot of the lessons he was learning about self-love and compassion.

“This was the first song I wrote where the ‘you’ in the song wasn’t a love interest,” he said. “In this song, the ‘you’ is myself. It was really empowering to write that way, and try to give myself some of the love and energy I’ve often given so readily to others.”

The stunningly charming accompanying video, produced by Ian and Martin Wojtunik, directed by Rachel Cairns and featuring Anika Johnson, Barb Johnston, and Jaz Fairy J, visually highlights the daily grind – especially in a lockdown scenario – yet finds uplifting aspects even in the mundane.

Ian’s mission is to have people recognize themselves in his music. His songs are genuine, playfully irreverent, and sometimes deeply poetic; all with a vocal passion that can’t help but stir you to feel it all along with him.

The Winterfolk Blues and Roots Festival is ...