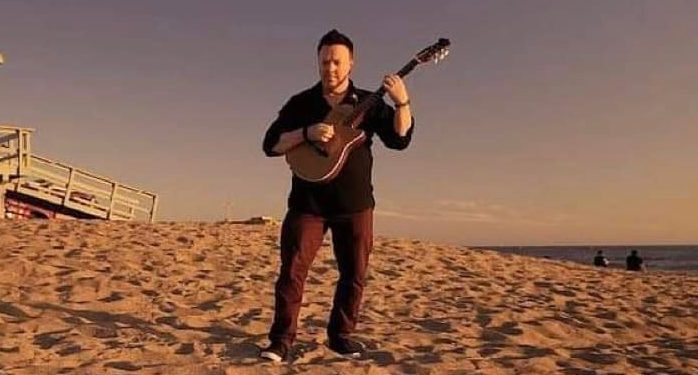 With decades of musical expertise and an unparalleled repertoire, Juno-nominated Canadian master guitarist and songwriter Jeff Gunn will keep your toes tapping with his new single and video, “Spiritus Momentus (Never Give Up Opus 2).”

Firmly footed in Jeff’s signature percussive rhythms and harmonic melodies, the tune shines as the debut single off his forthcoming new album, Momentum — slated to arrive in the spring.

The spirited instrumental is a dazzling composition featuring the rhythmic stylings of renowned drummer and percussionist Mike Sleath (Shawn Mendes), who brings his chops to the Peruvian box-shaped instrument called the Cajón, as well as the the stringed sorcery of Koi Anunta (Glass Tiger, Adam Lambert), who enraptures listeners with her sensational guitar and violin work.

Drawing on Jeff Gunn’s uplifting sonic instrumentation, “Spiritus Momentus (Never Give Up Opus 2)” is a song meant to take the listener on a musical journey that’s brimming with joy and positivity; its beautifully-shot music video communicates the tune’s radiant energy, with Jeff and Koi showcasing their talent across sun-soaked beaches and the rolling Hollywood Hills.

“‘Spiritus Momentous’ — and the album as a whole — are a journey that reveals the power, beauty, and versatility of the guitar,”Jeff said. “At its heart is sonic storytelling, and finding inspiration in challenging times.”

But it all centers back to Jeff Gunn, who previously received accolades for his guitar and production work on Emmanuel Jal’s Juno Award-nominated album, The Key, alongside co-writing credits with Nelly Furtado. On top of these career highlights, the long list of notable artists he’s had the pleasure of recording with includes Domanique Grant, Mark Pellizzer, Kae Sun, and more.

Lawrence Maxwell’s Ballad Of Miles is the ...