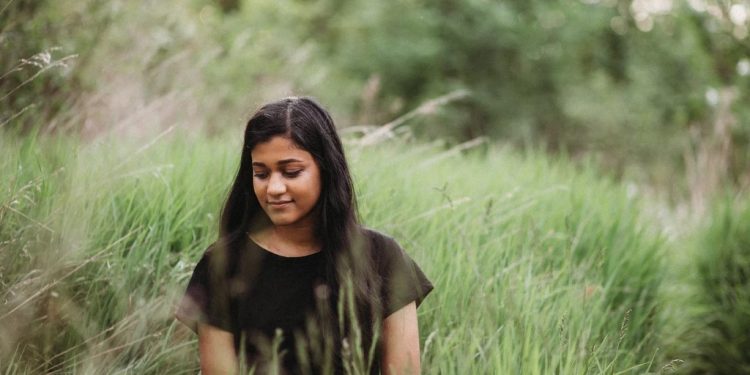 Toronto singer-songwriter Jane Mathew released her debut album, Such Perfect Lives, today, and what a stunning beginning it is, leaving us looking forward to what comes next.

Jane was born in Oman and moved to Thornhill, ON when she was seven years old. She now resides in Toronto. Though always around music, it wasn’t until high school that she began to realize the extent of her talent and started a journey of writing and performing her own music.

In what surely sounds like a fairy tale, Jane began to busk after winning a Subway Musicians License from the Toronto Transit Commission. While busking she met Juno award-winning musician Bob Wiseman, who helped her navigate the arts grants process of both the Toronto Arts Council and the Canada Council for the Arts. From that came the opportunity for her to share her music more broadly.

Some cuts on the album take the form of letters Jane imagines writing to different people in her life who, it is fair to say, have disappointed her, whether through their self-absorption, disingenuousness, or unrealistic expectations.  Others focus on self-doubt, particularly in the context of romantic relationships, or simply in an inability to get on with life. As Jane explained, “I started writing these songs so I could vent out my frustrations, but at some point, it turned therapeutic for me to be honest with myself about some difficult experiences.”

There is so much to like about this album. The song-writing is very strong, as listeners will nod in recognition to the universal experiences Jane so personally describes. Her voice is quite beautiful but also connects to the lyrics in a way that leaves no doubt she has lived what she sings.

Interestingly, and despite the fact that so much of the material is about disappointment, frustration, and sadness, the expressive vocals, full orchestration, and sometimes driving ukulele suggest an energy that is perhaps unexpected. But then we realize that even the most dispiriting experiences can roil us up pretty intensely, and then it makes sense.

As mentioned at the outset, this is a very impressive debut. In fact, this one is so good it’s hard to believe it’s Jane’s first. There is little doubt we will be hearing more from this emerging artist.