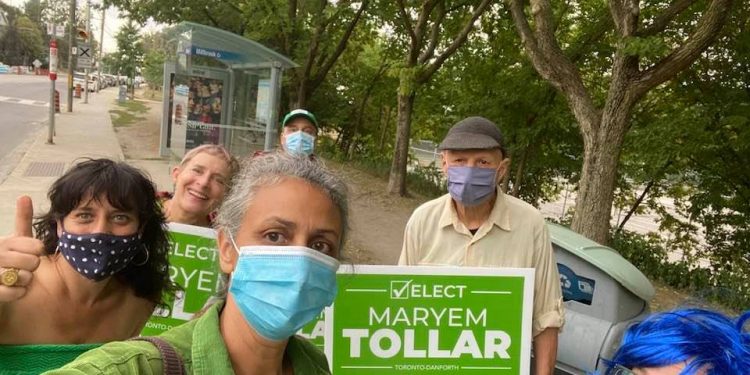 For fans of world music in Canada, Maryem Tollar is practically a household name.

She has sung lead for platinum-selling artist Jesse Cook on songs such as “Beyond Borders” and “Quadduka L Mayyas.”

She was the vocalist on the theme music for CBC Television’s Little Mosque on the Prairie.

She starred in Christos Hatzis’ celebrated mixed media performance Constantinople, and she was the vocalist on “Mayya Mayya” from the Bollywood blockbuster Guru.

She also earned a Juno nomination with the Arabic-Mediterranean group Maza Mezé and has been a part of numerous esteemed Middle Eastern and world music collaborations, including Mernie – with husband Ernie Tollar – Doula, Turkwaz, and Al Qahwa. Oh, and we can’t forget the Friggin’ Arab Orchestra Company, can we?

She has a solo career too.

And now, Maryem, musician, teacher and mother of three, is also a political candidate for the Green Party in the riding of Toronto-Danforth.

“I have three kids who are feeling more and more hopeless about the future,” Maryem told me on the phone, when explaining her decision to run for office. “I just thought, ‘Okay, I have to do more than just vote. I have to actually try to do something where I can make more of a difference.’”

So Maryem, who has been voting Green for several years now, signed up to be a candidate this past winter, thinking it would be a couple of years before she’d be called on to hit the pavement. She learned this past spring that she had passed the vetting process, though her candidacy wasn’t confirmed until shortly after the election call. Since then, it’s been a mad dash to learn as much as she can about running a campaign, she said.

The Green Party has fewer resources than the other major parties to train and prepare candidates, but Maryem’s been getting help from her riding association, which has supplied signs, promotional material and skilled volunteers.

“It was kind of like on-the-job training where after each door I knocked on, they would give me feedback,” she said.

“One thing I’ve been doing is, for the last three weeks, every weekend, I go to a different park in the riding with my flyers and with my volunteers,” Maryem said. “Some musicians and some dancers meet me at the park, and they make music and make a parade and kind of make it festive. And they go around with me as I introduce myself to people and say, ‘I’m the Green Party candidate.’

Maryem also accepts every invitation she receives to take part in debates or events, she said, though, as a teacher, she must now fit those engagements around her school schedule.

“I went and took a tour in the riding because there’s a Metrolinx project that’s being proposed there that a lot of the local community groups are very upset about because of the environmental impact and how it’s going to affect their neighborhoods, and even some species that are at risk.” 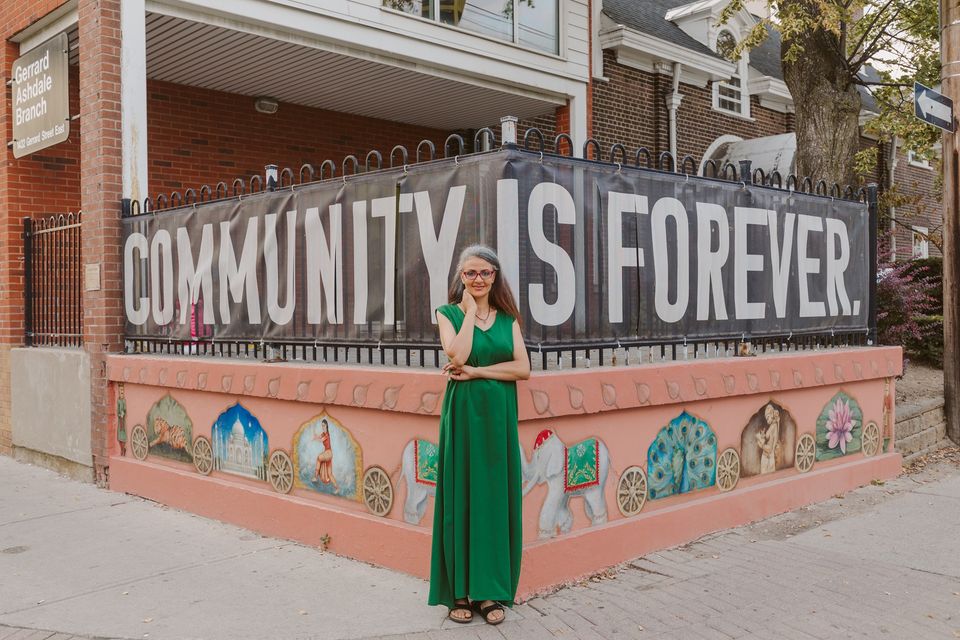 Maryem, who was born in Egypt and did much of her growing up there, is part of a musical milieu in which artists of Jewish and Arabic ancestry collaborate creatively and sometimes work together on projects that promote peace. So naturally, I had to ask her how she felt about the controversy that erupted in her party when Green leader Annamie Paul’s senior advisor, Noah Zatzman, accused MPs Paul Manley and Jenica Atwin of anti-semitism over comments on the Israel-Palestine conflict – the first in a series of events that nearly led to a confidence vote on Paul’s leadership immediately prior to the election call.

“I was shocked to see the statements that came from Noah Zatzman,” Maryem said. “I was disappointed that there was not a lot being said from Annamie Paul, one way or another. She was just silent. And that I found pretty disappointing, but not surprising. Because even in the music milieu, and in every milieu I’m at, that’s a really touchy subject.”

Maryem doesn’t feel she has enough political experience to comment on how the party handled the controversy, but she said she would’ve liked an opportunity for the party to discuss the issue before the election.

Nonetheless, she said, right now, she feels the most important thing for the party to focus on is climate change.

And, like many people, she said she was impressed by Paul’s performance in the leader’s debate.

“I feel like she was the only adult in the room,” she said.

The whole Zatzman affair doesn’t seem to have damped Maryem’s enthusiasm for the party.

She plans to run again next election and take everything she’s learned from this experience so she’s better prepared next time.

“I’m always an optimist,” she said, “thinking ‘Maybe I’ll be one of those totally surprise candidates who makes it,’ but you never know.” 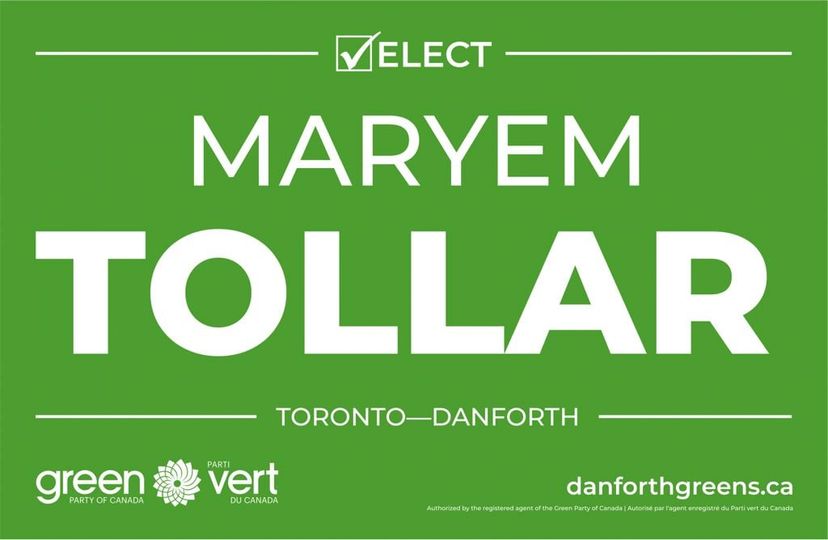