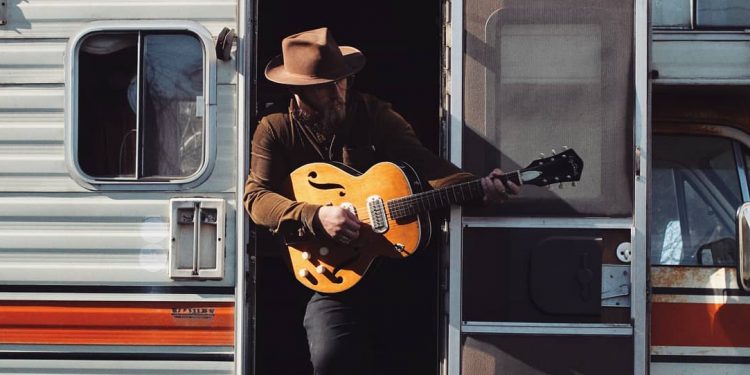 We’ve all been blessed this summer with a number of intimate mini-festivals to help make up for our inability to gather at the big ones like Edmonton and Winnipeg.

But perhaps none has a story behind it quite like the Creeksong Festival, which debuts Sunday in Vienna, ON.

Like other microfests, such as those in Owen Sound and Thunder Bay, Creeksong was born out of a desire to create the festival experience within the parameters allowed by COVID-19-related public health guidelines.

But COVID played another role in the advent of Creeksong too.

Without it, founder Tamara Kater may never have discovered the location for it.

The story goes like this:  you may recall that early this year, the artist manager and festival veteran Tamara made national news as a victim of CERB fraud.  Somebody had effectively stolen her identity and used it to collect payments from the government in her name – leaving Tamara without the CERB payments she desperately needed for herself.

It took 10 months to fully resolve the issue, she said, and during that time, Tamara implemented some extreme austerity measures to make ends meet.

That meant that when those 10 months of CERB payments finally arrived, it was like a little windfall.

Tamara, who had been holidaying close to home because of the pandemic and who had discovered the area on Big Otter Creek, decided to buy an old fifth wheel unit in a trailer park there, sublet her Toronto apartment, and spend the summer at camp.

And that’s when she decided it would be a great spot to hold a festival.

“I’m one of those people that you read about in the media who’s like, ‘Oh I discovered this gem in my own back yard,’” she said.

So Tamara, who previously served as executive director of the Winnipeg Folk Festival and of Folk Music Canada, did something she’s very good at:  applied for funding to launch Creeksong.

“The outdoor small form music festival feels like an OK thing to do right now in terms of risk management and mitigation,” she said.

She could’ve applied for the same funds to do a concert, she said, but “festivals engage with their community, and this is a nice community.”

So far, Tamara has confirmed Benjamin Dakota Rogers, a local act called the Schotts, Onion Honey and Six Nations of the Grand River artist James Wilson, and she’s working on a couple more.

Like any good festival, Creeksong will also feature artisans, food vendors and, in this case, even craft beer.

The festival is free, but attendance is limited to 250 people, so there will be volunteers at the gate controlling access.

The event takes place rain or shine. But if the weather gets dangerously bad, organizers will move the festival inside and broadcast it on Facebook.