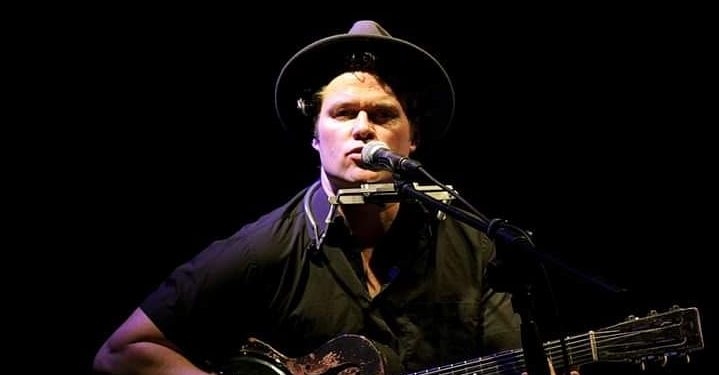 Today, Gordie Tentrees officially releases Mean Old World, his most powerful and personal collection to date, 10 soul-stirring, unapologetically rough-hewn songs appropriately recorded over the course of a week of minus-35 degree weather. We are proud to exclusively premiere the video for “Wind Walker,” showing Gordie at home in majestic Yukon surroundings during more hospitable weather.

Mean Old World found Gordie working with a small combo of acoustic multi-instrumentalists that included Bob Hamilton of the Undertakin’ Daddies and Jaxon Haldane of the D-Rangers, with the themes of many of the songs stemming from his family’s journey navigating the child welfare system. Songs such as “Every Child,” “Rosetta” and especially the album’s title track are reflections of truth, loss, hope, colonialism and growth that have come from these first-hand experiences.

“It’s been a long time since I have believed in a batch of tunes like these,” Gordie said. “I think ‘Wind Walker’ especially is a reminder that we northern folks move to the beat of our own drum, and that’s why we live here. There are positives and negatives to that, particularly when you’re a non-Indigenous parent to an Indigenous child. I think I conveyed that in ‘Every Child’ and ‘Mean Old World.’ ‘Every Child’ also features The Dakhka Kwaan Dancers, and they have taught me a lot through their inclusive warmth and creativity.”

Gordie has certainly earned the respect of his peers, not only through his writing, but also his tireless international touring regimen that has averaged over 100 shows a year for the past decade and a half. Being forced off the road in 2020 added a different vibe to Mean Old World, allowing for more focus to be placed on developing the songs, while also giving Gordie some added time to appreciate his community.

“For the first time in 15 years of touring I now know who my neighbours are and feel very in tune with my family,” he said. “As things open up around the world, I hope to balance things better moving forward.”

Slowing down is certainly something Gordie had not considered up until now. He adopted a bulldog attitude during a difficult childhood in Hamilton, ON, and later on a farm in Bancroft, ON. He found focus in his teens through boxing and earned a Golden Glove ranking—illustrated on Mean Old World’s rousing closer “Ring Speed”—while also dispensing his life lessons as a teacher and youth worker. He actually didn’t consider a music career until his early twenties after moving to the Yukon. However, Gordie quickly made fans once his songs started being heard, the most crucial being Fred Eaglesmith who took Gordie on his first tours of Europe and the U.S., becoming a mentor in the process. Gordie has since shared stages with Blackie & The Rodeo Kings, Mary Gauthier, Kelly Joe Phelps and many more.

Now with Mean Old World, Gordie Tentrees has made his most impressive musical statement to date, proving that Canadian songwriters are among the best in the world—even if they’re from the furthest corners of the country.

Gordie Tentrees’ Mean Old World is available now through Bandcamp, Apple Music, or tentrees.ca/music. He will be on tour throughout western Canada in November and January, and you can check tentrees.ca/tour for full details.