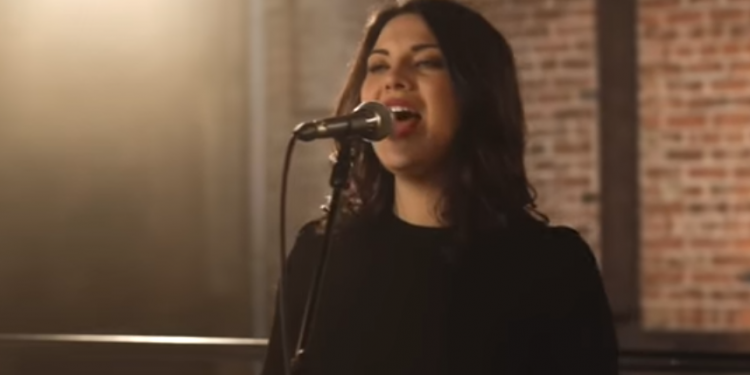 The Goderich Celtic Roots Festival, which unfolds Aug. 6 and 7 this year, has opted to run with another virtual event, rather than trying to execute a smaller, physically distanced affair in person.

So much the better for those of us far from Goderich who get to watch this annual tradition online.

The festival features outstanding Celtic talent from around the world, including, this year, Ireland’s Seán Keane and Scotland’s Ryan Young.

But we’re a Canadian roots website, so let’s focus on the Canadian talent you can see there.

Here are three acts you’ll definitely want to check out:

I fully expect Roots Music Canada’s resident traditional music aficionado Elizabeth Szekeres to be tuning in for this.  She’s been raving about Alexis Chartrand every chance she gets, whether it’s the virtuoso young fiddler’s collaboration with Colin Savoie-Levac of Rosier or his duo Babineau-Chartrand with Nicholas Babineau.  Here, Alexis is teaming up, not with another outstanding musician, but with world-class dancer Mélissandre Tremblay-Bourassa, who has danced internationally with Cirque du Soleil and La Bottine Souriante.  A specialist in Québec jig, she merges stepdance, contemporary and ballet styles in her work. I can’t find a video of these two performing together, so I’ll have to just share with you this song from Babineau-Chartrand.  Just imagine there’s an incredible dancer dancing to it.

Jane Cory is a Canadian Grand Masters Fiddle Champion, and Kyle Burghout is a North American Irish Fiddle Champion, and each comes from a part of the country with a rich fiddle tradition: Manitoba in the case of Jane and the Ottawa Valley in the case of Kyle. They’ve been performing together now for more than a decade and have performed across Canada, the US and Europe. But Jane and Kyle do much more than just show off fiddle pyrotechnics. Sure, they can bang out the jigs and reels with the best of them, but they also compose their own heart-rending originals, they bring their classical training to their arrangements, resulting in unique harmonies and precision playing, and Jane has a lovely voice and does a gorgeous cover of Lucinda Williams’ “Side of the Road.”

The daughter of Denise Flack of 90s Canadian Celtic superstars Leahy, Emily Jean grew up surrounded by people playing music at a level most artists only dream of. So it’s little wonder that she dove into her own music career overflowing with original ideas for how to innovate on the Celtic genre. She grounded herself in tradition by earning a Masters in Traditional Irish Music at the University of Limerick, where she was pushed to record by no less than Karen Casey. Then she started pulling in all of the other musical influences she’d grown up with:  everything from Alison Krauss to Celine Dion.  What she’s ended up with is a style that merges contemporary folk, Celtic pop and jazz.  She has a heavenly voice, and she’s inherited her family’s skills in the step dance department too.  Definitely watch out for her!