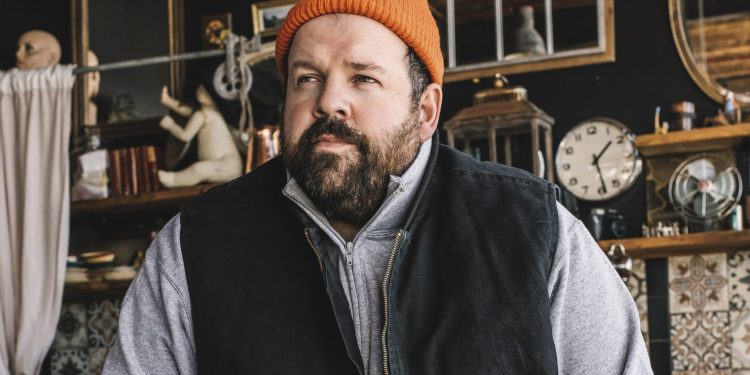 It can be tough to keep on top of all the new music coming out these days, even by artists we love.

Social media is getting more crowded by the minute, and those Facebook algorithms make it hard to get the information we want in our news feeds. Heck sometimes artist newsletters end up in our spam boxes.

Donovan Woods – “Being Together”

2019 was the year of Donovan Woods.  After earning a Juno nomination and a spot on the Polaris longlist for his third and fourth albums respectively, his fifth outing, Both Ways, took home the Juno for Contemporary Roots Recording of the Year, and he followed it up with a well-received album of alternate versions of the songs called The Other Way. Donovan is currently promoting his new album, Without People, released in November of last year, and this song comes from that project. It was co-written with Steve Robson of Carrie Underwood, Miley Cyrus and Maisie Peter fame.

It goes like this: “A while ago I was asked to record a cover of ‘Fortunate Son’ for a possible TV show placement,” Abigail explained on her website. “I love CCR and loved that it wasn’t an immediately obvious fit with my music, so I got really into the process of interpreting and adapting it with the band.”

The song didn’t get used in the show, but Abigail loved what they came up with.  And honestly, so do we here at Roots Music Canada.

“‘Fortunate Son’ was originally written as a protest song about the Vietnam war,” Abigail wrote. “The lyrics touch on the wider power structures and class dimensions of that era. In today’s context, I think the original message still resonates in a different way – with the movement for climate justice, for example, and how the terror of environmental crisis or the coronavirus pandemic are distributed so unevenly throughout society between the haves and the have-nots.”

This new song by Desiree was co-written by this year’s Juno winner for Blues Album of the Year, Crystal Shawanda.  But it’s not a blues song.  More like a scorching country rock number that puts in place anyone who dares to judge a woman for kicking back and having fun now and again. This is the first single from Desiree since the release of her 2020 album, Break the Chain. She is already an award-winning songwriter, having taken home the award for Songwriter of the Year at the Manitoba Country Music Awards in 2017. Could more awards be in the future?

Kyle McKearney – “Each and Every Day”

Kyle’s single, “Annie,” is one of our favourite songs of the year so far here at Roots Music Canada, and it’s got us waiting with bated breath for his debut solo album this fall.  Kyle’s songwriting is a cut above a lot of writers in the genre, managing to be both earthy and catchy all at once, and his acoustic-driven Americana arrangements ring with authenticity. He truly has that proverbial “X factor,” that “I don’t know why I can’t stop listening to this guy but I just can’t” thing.  “Annie” was the sort of sweet, old-fashioned love song that makes a person’s heart overflow with warmth when thinking about one’s own significant other.  And this? It’s a laid back lament about working too hard and not getting to spend enough time with one’s partner. Gotta say, Kyle sounds like a heck of a romantic guy!