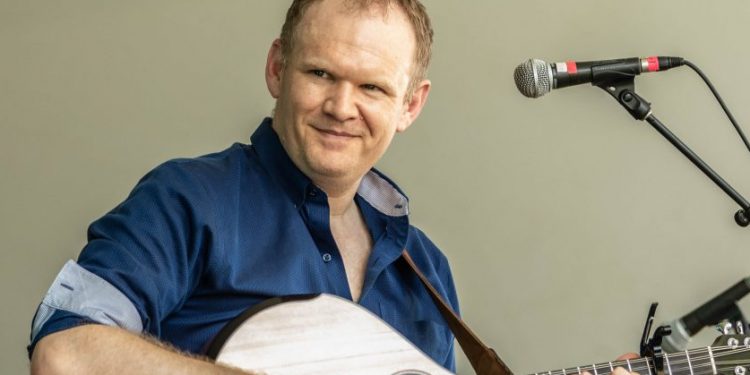 Hats off to Graham Lindsey for coming up with a way to keep us entertained as the pandemic winter drags into a pandemic spring – while also helping himself make an inexpensive music video.

Graham decided to crowd source the images for his next video – for the title track of his album, The Next Best Thing – by holding a photo and video scavenger hunt.

“As with everything I’ve done during the pandemic, I want to bring people together to build a sense of community (even beyond the folk community, which is a particularly interesting aspect of this),” Graham said.

He’s asking people to go through the camera rolls on their phones and see if they have images or videos that would go with the lyrics.  He does not want you to go out and shoot new stuff because, you know, “stay at home” and all that.

“Since we’ve been using smartphones for more than a decade, we’ve all got a substantial photo library,” he said. “One person already has sent photos of St. James Gate (the Guinness Brewery!), and another has contacted me about a “flight” (the beer kind).”

Your imagery doesn’t have to literally match the lyrics, which is good, because I don’t know what “looking for the next best things” looks like exactly.

But if you listen to the song, perhaps you’ll get some mental images in your minds eye that will guide your interpretation.

The deadline for submissions is St. Patrick’s Day, so hopefully people won’t be too drunk to get ‘em in.

You can submit your images here: http://grahamlindsey.com/music-video-contest/

You can listen to the song here on YouTube: https://bit.ly/nbt-song-youtube

The lyrics are below.

Everyone who sends in material will be entered in a draw to win a copy of the album.

Here are the lyrics:

1. Always running to the next best thing

3. Let the chorus and choir sing

4. Always running to the next best thing

5. ?Never know what tomorrow may bring

6. Pile deadlines on my plate

7. ?Another Meeting and a coffee date

8. Keep it coming, I feel great

9. No time for slowing down

10. Stuck in Ireland at the Gate

…a reference to the Guinness brewery

12. ?Our Flight Roulette ends in Stalemate

13. But our feet won’t hit the ground

14. Meet for supper after eight

16. My heart is pounding, sure you can relate

18. Buddy just bought a round

Musicians are protesting outside Spotify headquarters in ...