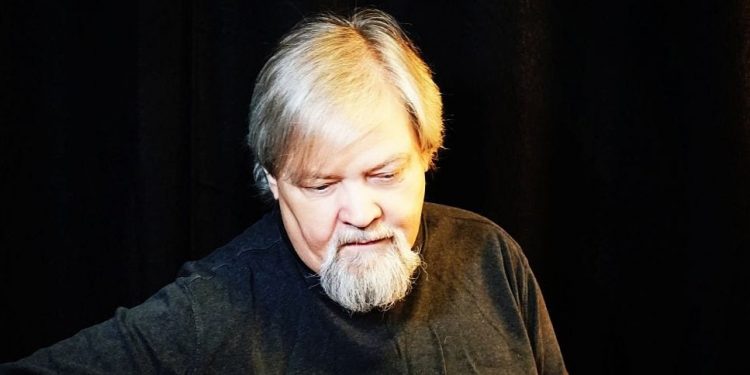 If you remember any of the rules of childhood friendships, you know that when someone “double dog” dares you to do something, you have no other choice but to comply.

It was such a throwback challenge facing singer-songwriter Tim Harrison a few months ago.

Tim was the founder of the Summerfolk Festival in Owen Sound in 1976. With the approaching 45th anniversary of the festival on the horizon, Tim’s friend, Bryan Leckie, “double dog” dared Tim to write a book to commemorate Summerfolk.

“(Bryan’s) an Owen Sound songwriter,” Tim said from his home in Nanaimo, BC, “and he was encouraging me to write a book about (Summerfolk) and my other adventures, which he knows a fair bit about in terms of my musical escapades. This was right at the beginning of the COVID isolation, so there wasn’t much to do, so it was a good time to get at it. But a couple of weeks in I thought, ‘Boy, I’m not sure I can make this interesting or not.’ But (Bryan) doubled down on his “double dog” dare, and I kept going, and the result was I decided to [proceed] in kind of a timeline about the festival, touring and recording, and it all seemed to come together fairly easily.”

Given the passage of time, memories can have the chance to be cloudy or misremembered. For Tim, it was the finer details of the festivals he’s been involved with that concerned him.

“All told, in Ontario, I did 15 folk festivals in different locations”, he said, “I wanted to go back and check the [festival] programs, just to make sure I was accurate about who I had booked, because most of the festivals had 30 or 40 acts. I just wanted to check the accuracy of that and the accuracy of the stories I was telling about the performers. Apart from that, there wasn’t much research. I pretty much had it all in my head.”

As many people in the folk community know, there’s a lot of work to be done in launching a new festival. But just as daunting is the maintaining of a festival. For Tim Harrison, he definitely has his preferences.

“Where I like to be is at the beginning. Once something is going, I’m not much of a maintenance guy”, he said laughing. “I like to be in on the birth of these things.”

“Summerfolk was unusual in the fact I did the first four years, but then the festival needed a bit of a boost in it’s 10th year, so I went back and did that. Personally speaking, I think artistic directors of the festivals should be rotated around, just to get different people’s perspectives on what’s going on (in folk music).”

For someone like Tim, whose main vocation is as a singer-songwriter, the added duties of being a festival AD can interfere with the progression of their career as a performer.

“There’s a small chapter in the book called “Two Hats”, Tim said. “It’s very difficult sometimes to wear two hats or to be recognized for two hats. For me, the creative spark of putting together a line-up for a festival, doing the festival programming and deciding what artists are going to match up with other artists, and giving the workshops some direction, it coincides very much with the musical side of my life and the songwriting as well. The creativity comes from the same general location if you like. In terms of the practicality of that, there were issues that I ran into. I have friends who are creative individuals who have also done festivals but are also wonderful players. They run into a situation where people see you in one role and have difficulty perceiving you as being in the other. The reality of being a full-time musician these days is changing, and it seems most musicians need to be doing something else if they’re going to survive at all. That’s more true now than it ever was.”

Over the course of his performing career, Tim has released eight albums and toured extensively in Canada, the U.S. and the UK. So what are the important things he tries to convey in a Tim Harrison song or concert?

“I like to get into the psychology of the standard stuff”, he said, “love, the love of work or the love of community and human relations generally. All of those things are bound up in my music. I think that’s where my music goes in a lyrical way. I’m a real Shakespeare fan, and I love those kind of dramatic stories of human interaction. Some of my songs are based on those kind of interactions.”

For the last few years, Tim has made his home in Nanaimo, BC, and it has presented him with some interesting performing opportunities.

“I was doing some open stages here”, he said. “Open stages here are quite a bit different than in Toronto. They’re pretty much an excepted social way for good players to get to know each other. So I found that really refreshing. But then, quite by accident, I got involved with some people who were in the rhythm/tap community. Someone saw me playing a fragment of ‘Mr. Bojangles’ one day as I was introducing a song of my own. They heard that and wanted me to come to their show on Gabriola Island and play that for one of their dancers. That got me thrown into this world of tap dancers, and holy smokes, what an energetic crowd they were!

As I got more involved, the Vancouver Tap Dance Festival asked if I would help them in writing some grants because I had some experience. So I did that, and then they were looking for someone to do a piece on Cholly Atkins. He was a major tap dance personality in the 30’s, 40’s and 50’s. He danced on Broadway in ‘Gentlemen Prefer Blondes’ and other Broadway productions. But after tap dance died at the end of the 50s, Berry Gordy from Motown Records got a hold of Cholly and asked him to help [Gordy’s] acts put together some flashy-looking stage work so they could get into higher paying clubs. All of that choreography was done by Cholly Atkins!

I was asked to write a play about him, which I did. The play sits on the shelf, but it was, [chuckling] just a weird sort of deviation on the road of life!”

To order a copy of Acoustic Espionage or any of Tim’s albums, go to: timharrison.ca.

Twin Flames have completed and released their ...