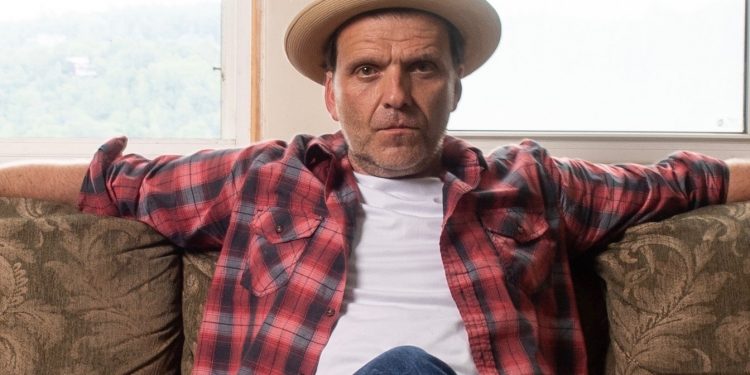 To mark the release of his latest album, Lonesome Stretch Of Highway, on CD and vinyl, Mike Plume has shared a new single from it, “It’s A Long Long Way,” which you can hear below. The gospel-infused tune features a guest appearance by Canadian country stalwarts the Road Hammers, aka Jason McCoy, Clayton Bellamy and Chris Byrne, giving it a distinctly swampy groove.

Edmonton-based Mike recently made a tentative return to live performance by playing two socially distanced nights at The Ironwood Stage in Calgary, but fans everywhere can get a chance to hear him up close and personal during his weekly livestream series “Easy Like Sunday Morning,” which will run Sundays at 9 a.m. MST on Facebook Live until Oct. 4. (More details at mikeplume.com)

It’s definitely been a long long way for Mike so far this year in getting Lonesome Stretch Of Highway out into the world. As an artist who has relied on touring his entire career, the pandemic put Mike in the unfamiliar position of being stuck at home with a new album to promote.

“I enjoy playing music probably more than anything else, and I don’t need an audience for that,” he said. “I’m quite happy to sit in my music room with a cup of coffee and play my guitar. I’ll play for a couple of hours every day, minimum, either just for myself or my family or my dogs. I’ll work on something new or I’ll learn a song that I like, take it apart and figure out how it works. All that being said, I can’t wait to hit the road again, even though I know full well it won’t be before 2021.”

Having first arrived on the scene in the midst of the alt-country insurgency of the early 1990s, Mike Plume and his loyal band have indeed logged countless miles around the globe, touring with the likes of Steve Earle, The Mavericks, John Hiatt and others, while befriending legends such as Levon Helm and Stompin’ Tom Connors. The lessons he’s learned along the way have left an indelible mark on Lonesome Stretch Of Highway, and it easily ranks among his best work.

Mike Plume’s Lonesome Stretch Of Highway is released through Royalty Records and can be ordered in all formats at Mike’s Bandcamp page.

Have you heard the new single yet ...