Melanie Brulée has a new single for Mental Illness Awareness Week in Oct. 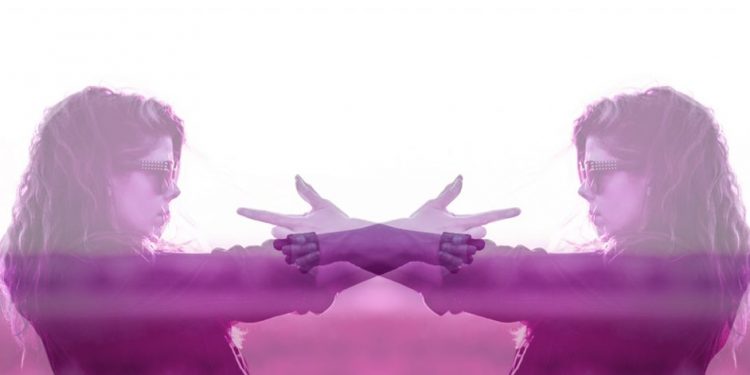 Mental Illness Awareness Week kicks off on Oct. 4, and Melanie Brulée has co-penned a new song for the occasion with Davy Gallant called “The Mess.”

It’s Melanie’s take on a showdown between anxiety and depression, each fighting for power over its host and the mess that is left in the wake.

The duo wrote it during a self-guided writing residency at Toronto Island’s Artscape Gibraltar Point.

The track begins with chunky acoustic guitars and then satiates us with a catchy chorus.  It’s a somewhat edgier indie-roots-rock direction for Melanie, whose previous concept album, Fires, Floods & Things We Leave Behind, alluded to the Western desert sounds of a Tarantino/Morricone soundtrack. Despite the latter being her first anglophone release in the USA, the album was praised by No Depression and The Bluegrass Situation and earned her invites to prestigious performances such as SXSW, Americanafest, and Bluesfest Ottawa.

An advocate for mental health awareness since her first first solo release (a Francophone indie-rock album titled Debridée in 2015), Melanie has used her platform to facilitate conversations about mental wellness, suicide, and self-confidence, engaging with audiences bilingually through performances, workshops and interviews across Canada and the USA – where she has spent the last few years touring heavily.

Glancing at the single artwork, we see Melanie making a finger-gun gesture pointing at a mirror image of herself, referencing the line, “You can point your pistol at me, but I’m the quicker draw.”

“It’s about that inner voice that sometimes sounds like it’s out to destroy us and how easily that can spiral out of control. Regardless of where those feelings of unworthiness stem from – whether systemic, through media, from our childhood, or due to chemical imbalances within us – these false stories we tell ourselves can be exhausting and destructive to our self-image and confidence. I want to highlight that there is help, we all go through this, and no one is alone.”

“The Mess” is the first of a series of singles to be released in the coming year. Melanie will be releasing a French language single titled Crier this coming winter.