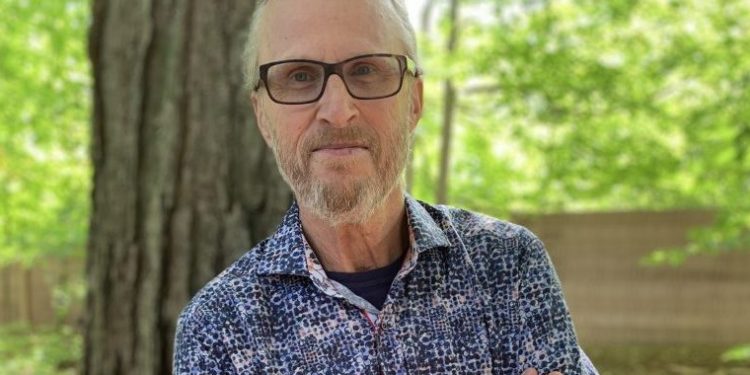 When Jan Vanderhorst learned that Just Us Folk – the show he had hosted for 39 years on CKPC and Jewel 92 in Brantford – was ending due to a radio station format change, he didn’t spend too much time getting sentimental about it.

He broadcast his last program on Aug. 30, and by Sept. 5, he’d produced a brand new episode of the program and released it via his new web site at justusfolk.com.

“It was quite a past two weeks getting everything up and running,” he said, sounding just a touch weary.

In the couple of weeks between the time he learned his show was going off the air and his online debut, his wife, Kate, ran out and bought a mic, a stand, an interface and a new Mac and got Jan set up to produce his show at home using a light version of the Ableton software that came with the computer.

Jan, who remains a full-time producer at CKPC, will continue to use their studio to record interviews for the foreseeable future.

It’s been a steep learning curve, he said, but you wouldn’t know it by listening to the show. 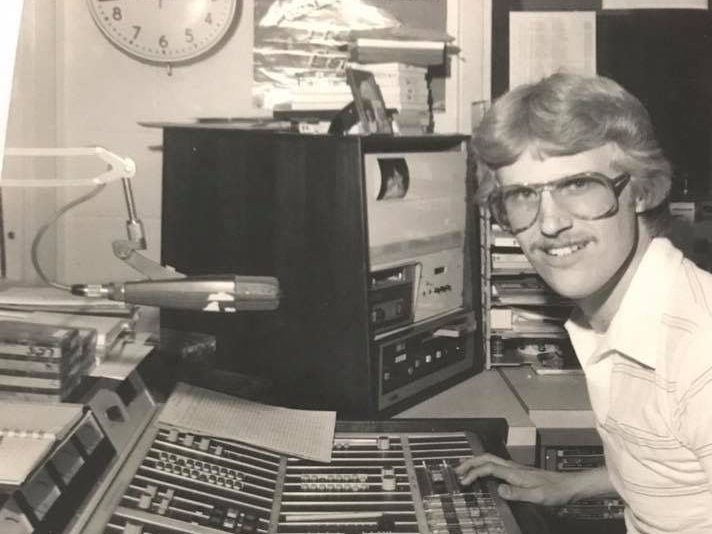 The first episode of Just Us Folk, the online edition, was a polished, professional-sounding affair featuring music from the Rankins, Leahy, Graham Lindsey, and Tracy Grammer and an interview with the Bookends.

Indeed, Brantford’s loss is everyone else’s gain – for while few of us were conditioned to set our alarms to tune into the show live on Saturday afternoon or Sunday morning, I for one will be tuning in on demand now that that’s an option.

Jan’s friendly voice and appealing taste in music will be welcome companions as we embark on our first full COVID winter.

Just Us Folk launched in September of 1981 on Brantford’s Jewel 92 FM, a response to regulations enacted by the Canadian Radio-Television and Telecommunications Commission requiring FM stations to offer what was called “foreground programming,” programming that was focused on a single topic and had some enrichment value. Initially, foreground programming rules required that Jan focus on a single artist, so the show ran for half an hour and featured an interview interspersed with some of the artist’s songs.

“The one big help was when I interviewed Stan Rogers”

“The one big help was when I interviewed Stan Rogers,” Jan recalled.

He’d had to contact Stan’s mom, Valerie, to arrange the interview, and she proceeded to send him a list of other artists he should interview.  She also got the word out on the show.

“She was very good at promoting what they were doing,” he said.

As foreground regulations became more flexible, the show went to a full hour on Sundays at 6 and featured music from a variety of artists, not just the one being interviewed.

Then, about seven years ago, the station was purchased by the Evanov Radio Group.

Evanov moved Just Us Folk to AM 1380 and gave it two hours twice a week, Saturdays and Sundays from 10 to midnight.

What’s more, the company had also purchased an FM station in Winnipeg with a specialty license and needed specialty programming for that station.  In this way, Just Us Folk became a fixture on the Winnipeg radio dial for around four years.

“The biggest compliment it got was there was a couple out in Ingersol, they are farmers… Kevin would stop feeding the pigs to come inside and listen to the show.”

At the time of its cancellation, the show was broadcasting on CKPC Saturday afternoons from 3-5 p.m. and Sunday mornings from 9-11 a.m. – and it had amassed a considerable following.

Fan mail came from as far away as Erie, PA, Jan said.

“The biggest compliment it got was there was a couple out in Ingersol, they are farmers,” he said. “Kevin would stop feeding the pigs to come inside and listen to the show.”

Just Us Folk was not the longest running folk show on Canadian radio – that honour belongs to Canadian Spaces on CKCU – but it might just be the second.

More impressive though is the fact that it existed for those entire 39 years on commercial radio, not your stereotypical home for folk programming.

On his final show on CKPC, Jan played “Small Victories” by Garnet Rogers because, after all, lasting so long in an environment that is typically hostile to folk music is “a bit of a feather in my cap,” Jan said.

Though he is now free from the restrictions imposed by commercial radio, Jan said don’t expect much to change between the broadcast version of Just Us Folk and the online edition.

Fans of the show can expect the same polished presentation, the same sweetly curated collection of songs, and the same captivating interviews as they heard on the radio edition.

Check out the show at https://justusfolk.com/

Melanie Brulée has a new single for ...