How making a record helped heal Mister K – and his producer 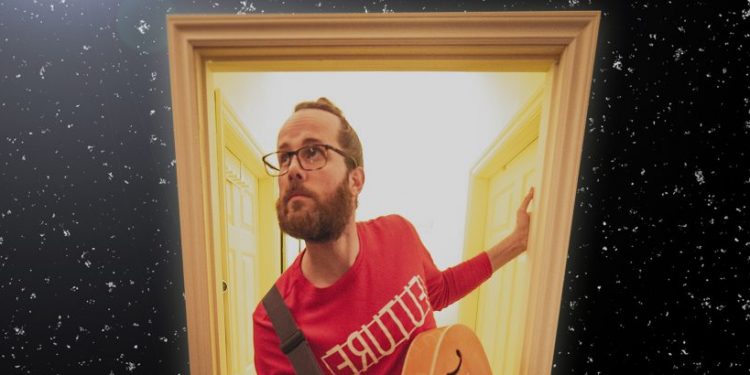 Kevin Roy was the consummate nice guy – towed the line, followed the rules, and while he didn’t finish last, he did end up lost, depressed, and pretty much finished with music as a profession.

“I got too caught up in the business end of things that I detached from my artistic self,” he explained. “I grew apart from myself and what my mission was as an artist.”

Kevin decided he needed a break from the grind, so he went back to school – literally – moving into an 100-year-old schoolhouse in the country to be closer to his fiancee’s school.  Kevin had also taught high school before embarking on a career in music.

“A school teacher-turned-musician living in a historic school house; it’s a great story!”  he said laughing.

With the batteries recharging, depression lifting, and creative juices flowing again, it was time for a new album.  He reached out to Rusty Matyas (Imaginary Cities, Sheepdogs) to produce it; and while the two didn’t know each other very well, they were well-versed in each other’s music. But it was the human touch that really brought them together.

”I could instantly tell Kevin was a sincere and genuine person,” recalled Rusty. 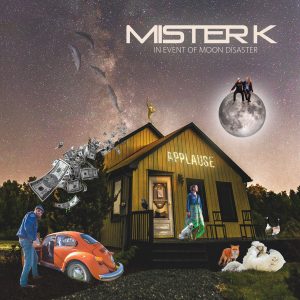 The album, In Event Of Moon Disaster, is as deep and personal and positive as their friendship has become.

“A hundred per cent the album is about finding hope in darkness,” Kevin said.  “For me, it was coming to terms with my anxiety and the depression I was experiencing.”

Unbeknownst to Kevin, Rusty had recently emerged from a similarly dark place, overcoming a near-fatal battle with alcoholism, so the timing couldn’t have been better.

“Kevin’s kindness, combined with great songwriting gave me a goal to achieve, and a new friend to achieve it with,” explained Rusty, “all while figuring out how to rebuild myself.”

In Event Of Moon Disaster is a concept album, mirroring Kevin’s and Rusty’s experiences, in two parts. The first half is about building anxiety, depression, and insomnia and ends with a lullaby, as sleep comes to the overwhelmed. Awaking from the dream with hope, the album concludes with Kevin’s self-titled theme song for an epilogue.

That song, “Mister K,” marks the end of the album, the last song written and recorded, and a new beginning for Kevin.

“It’s about my cosmic address,” he said, “the moon running round the yard (Luna my dog), little yellow house at the end of the milky way (my little yellow schoolhouse).”

Originally intended to be the next Kevin Roy album, things changed shortly into recording as the songs took on a new sound.

“I just realized that this album was going to be something very different and could use a new start,” he explained. “‘Mister K’ seemed like a no brainer; it’s what my students have always called me.”

But it’s not just all about Kevin.

“It is about reclaiming our earth and righting our wrongs. We’re becoming so divided in politics, social issues and so on,” he offered. “I think we can turn this around and really steer ourselves to a greener, healthier, happier future.”

That vision is central to “Harmony,” the song that sets an optimistic tone for the second half of the album – and Kevin’s new life. 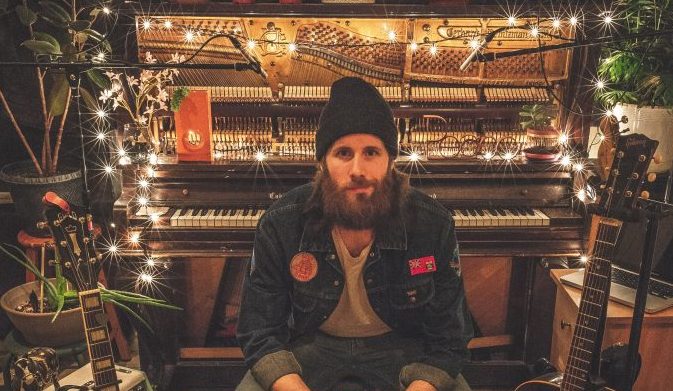 The new single, “Darker Days,” however, recalls the anxiety and disconnection of depression and is being released Jan. 29 to coincide with Bell Let’s Talk Day. Mister K will be hosting the release party the next night, Feb. 1, performing songs from the new album, with emerging country-pop artist Tyler Del Pino and world-renowned fiddler and singer Sierra Noble. The video was released Jan. 20 on YouTube, and a full album release is scheduled for summer 2020.

“Cosmic” is a word that comes up a lot talking to Kevin about the album, or life in general. He likes the term “Cosmic Folk” when asked to describe this new sound; it’s on his mind and in his meditation, and he’s an avid amateur astronomer.

“My fascination with this stuff (space, dimensions, black holes, dark matter, string theory, Fermi paradox, etc.) has really sparked recently and is seeping into this project through visuals mostly at this point,” he said, adding, “It is surely something that will make its way into the music eventually.”

In many ways, it already has. In Event Of Moon Disaster has the same cosmic vibe Neil Young captured in Sugar Mountain and After The Goldrush, and it’s entirely intentional.

Explained drummer Glenn Radley (Apollo Suns), “We tried to have a very Beatles/Ringo aesthetic for the drums, as well as a Neil Young influence, so that was the sound and approach in my head as we recorded.”

Glenn was in Kevin’s band when the songs were first written and performed on tour last year.

The trio created the overall sound of the album with many numerous sonic layers built with a wide variety of ambient sounds, such as tires, spacey moog sythesizers, and even a fishing reel.

These “sonic Easter eggs,” as Kevin calls them, were mostly created from the same Casio keyboard he had as a child, but not the moon bell.

Kevin’s dog, Luna, has a bell she rings when she wants to go outside, so every time “moon” is sung, that bell can be heard in the mix – yes, played by Luna.  Another nod to his beloved bulldog, although written for his nieces and nephews, is “Nigh Nigh Land,” which is subtitled “Luna’s Lullaby.”

Like the moon bell, every background sound has its own story and purpose.

This all adds to the cosmic feel of the album, creating not only a song, but an atmosphere for the stories to come alive and deliver their collective message of hope.

Or simply allow people to enjoy the music.

“You can either listen to the songs for what they are: songs, or you can spend a few minutes or listens and get deeper into the soundscapes, images and depth of it all,” said Kevin. “I am quite proud of this project and what it has brought to Rusty and myself.”

“Through our previous mutual struggles, and the common, honest ground we found ourselves on, we managed to have a lot of fun and good laughs during the recording,” he said. “It was certainly therapeutic. I would even credit Kevin for rekindling my waning desire to create. I’m so proud of the final product, of Kevin, and of myself.”