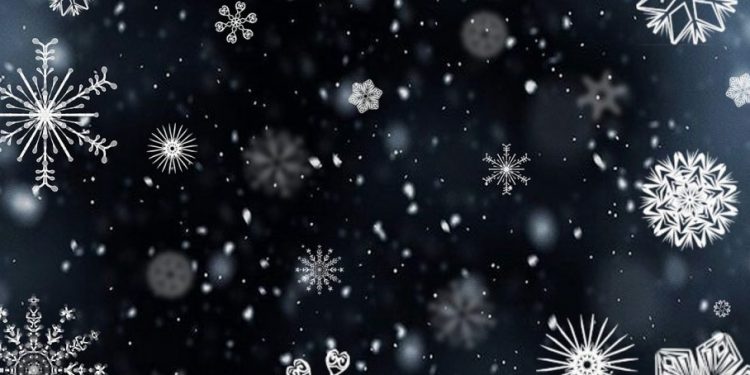 Image by Jill Wellington from Pixabay.

Over the past couple of weeks, just about every part of Canada it seems has been pelted with snow, even Vancouver, for crying out loud.  Heck, Newfoundland had to call in the army to dig them out. And they’re used to snow!  So what’s a person to do when they don’t feel like shoveling their car out from under the deluge to actually go some place?  Why, stay home and listen to songs about snow, of course!  Earlier this week, I asked you on our Roots Music Canada Facebook page to recommend some snow-themed songs by Canadian roots artists, and boy did you have lots of suggestions. I’ve put most of them (the ones that are on Spotify) into a Spotify playlist that you’ll find at the bottom of this article.  But here are five favourites.

Jesse released this song on his self-titled debut album in 1970, three years after moving from the southern US to Canada to avoid the draft.  It’s probably no surprise then that one of his first, er, “protest songs” should be about the weather he found when he settled here.  You know you’ve become a Canadian when you’re complaining about the weather.

It’s easy to listen to this song and hear shades of Joni Mitchel’s “River,” both in Dana’s crystalline vocals and in the delicate balance of sweetness and melancholy the piece evokes.  This version of the song, performed with Dayna’s trio, Trent Severn, which also includes Emm Gryner and Lindsay Schindler, is particularly lovely.

I’ve always felt that Montreal’s Steel Rail was a terribly under-rated act on the Canadian folk scene, so I welcome the opportunity to feature them on this list.  The trio writes some beautiful stuff – check out Penny Lang’s cover of Ellen Shizgal’s “Prairie Sky” – and their harmonies are lovely.  Also, the trio includes exceptional guitar instrumentalist Dave Clarke, who was David Francey’s sideman during his rise to the top of the folk A-list. “1,000 Miles of Snow” is a charming little song featuring Tod Gorr on lead vocals without the band’s signature harmonies in this case.  It’s a great showcase for that pure-as-a-winter-breeze voice of his.

Leah Daniels – “We Got Snow”

Leah is a country singer from Uxbridge who’s already charted at country radio and scored the 2016 Canadian Radio Music Award for Breakthrough Artist of the Year.  She’s also earned five Canadian Country Music Association award nominations.  But this flirty song is just so darned cute and retro, that you don’t need to be a mainstream country fan to love it. This isn’t the first time someone’s written a song about using snow as an excuse to stay home and snuggle, but it holds its own against the best of ‘em.

Diyet and the Love Soldiers – “Ice”

Few artists can claim to be authorities on snow the way Diyet can. She was born in a tent and raised in a cabin on the shores of a glacial lake in the Yukon. And this song is the kind of thing that could only be written by someone at home in that part of the world.  It’s about losing your sled and sled dogs through a crack in the ice on frozen water.  Personally, I love Diyet’s sound – which is a totally unique embodiment of her Southern Tutchone and Tlingit Indigenous heritage and her Japanese and Scottish roots – so I’m stoked to be able to feature her in this list.