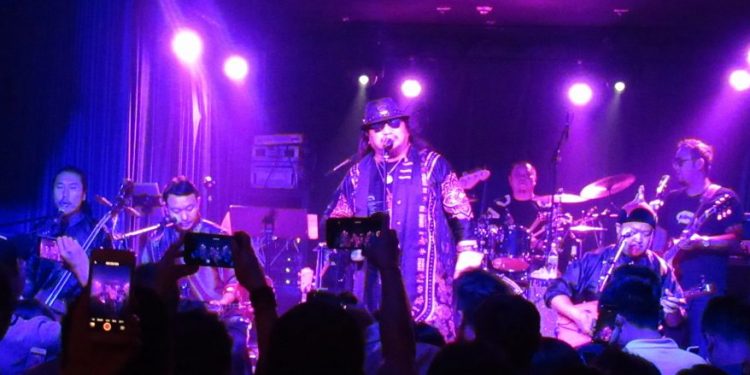 From the start, the mandate of Toronto’s Small World Festival of Music and Dance has been to bring the world to our doorstep. For me, the most enlightening side of this year’s Small World Fest has been observing the effects of each band on its particular peer audience. For whatever reason, the programming this year seemed to have drawn a consistent majority of musical homies out to catch up and rock along with their home throng.

On Thursday night’s kickoff, Beijing’s Hanggai brought real spice to Revival, Jack Layton’s favourite dancehall, and filled it with flexing young Chinese fans who actually throbbed the joists of the floor with their combined raucous physical enthusiasm. Onstage, all the tropes and trappings were there: shades, horn fingers, vintage Les Pauls, a fringed jacket and besides all that … an electric samisen. The full-bellied roar of the lead singer, with a presence somewhere between that of Charlebois and Captain Beefheart, drew the fans in with his gregarious uptempo hype and rock ballad sincerity. During the quiet acoustic ballads, social currents took over, and the crowd engaged in selfies, loud conversation and drinking chat. Then back to the ongoing riot when the bass and drums kicked in again. But their fervour gave way to pandemonium every time the samisen player began his supernatural overtone singing. By the time the scarves had been waved and the fogger and a three-piece horn section had come and gone, Hanggai had converted the event into Saturday night in Zhengzhou . 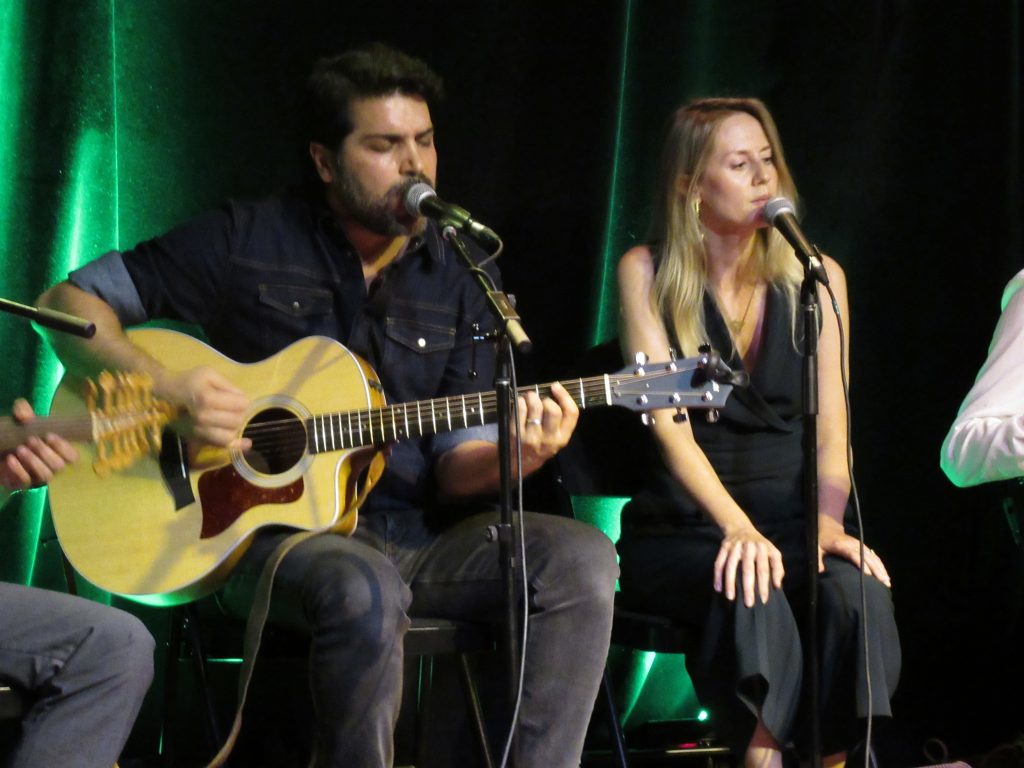 At the Small World Centre, a crisp listening room at an arts-focused community center in a residential neighbourhood, Friday night was emo night. But wait! It was the voluptuous sounds of Middle Eastern emo, with a wine bar and lots of mingling to produce a convivial and receptive party atmosphere. In collaboration with Link Music Labs, Small World facilitated a special synthesis of Persian song for this night only, featuring Sina Salimi, Hassan El Hadi and singer-songwriter Barzin. Sina has been turning the Iranian santur, a versatile instrument not unlike a hammered dulcimer and usually used for soloing, into a familiar accompaniment to his songs of longing in Toronto for many years now. Barzin, accompanied by his acoustic guitar and harmony singer Dee Blanche, sang songs from his most recent record, Live At Revolution Recordings. Tying them together was an outstanding ensemble of bass, cajone and accordion, and the legendary Marrakech-born Quebecois oud master Hassan El Hadi, who brought his rigourous and gorgeous melodic embellishments to every song. Despite the standing room only crowd, ample room still allowed for flourishes of dance and enthusiasm galore. 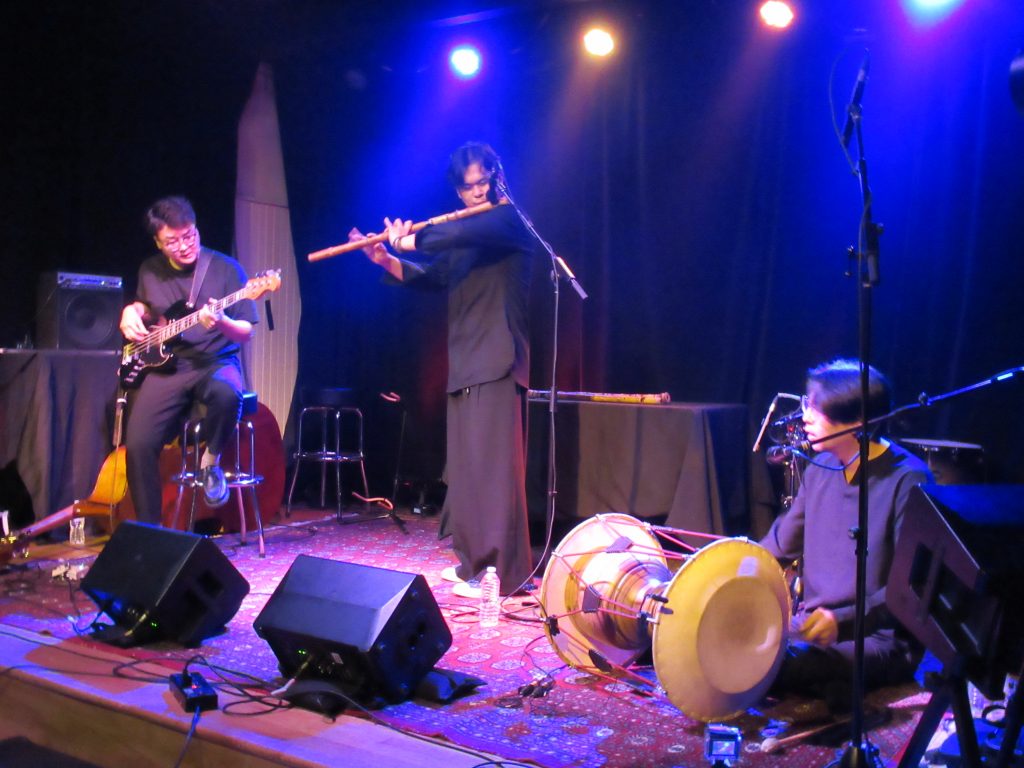 At the same venue on Saturday night, Korean band NaMu mortally perforated the traditionally serene sheen of Korean music with the percussive force and advanced harmonic constructions of its three members. A few dozen Korean fans and a handful of curious Toronto song-seekers showed up on Saturday night to experience a cleansing whirlwind of jazzy surprises. The wind of the bamboo flute lifted the sails of each song to flights of contemporised arrangements, swept along by currents of eloquent electric bass-playing and the stroboscopic narratives of a traditional janggu drum, customized with bungie cords, played by founding member Seongryong Yeo. His occasional haunting vocals sharpened the edge of the music even further, sharing intimate glimpses with his native compatriots of a Korean culture of the future.

Sunday was given over to a day-long series of global sounds, free to the public, on the lower Bathurst harbour front, which was reportedly well attended, featuring parading and DJ’s and replete with fine food and weather. A full week was then required to process and reflect on the wonders and illuminations of the program before it revved up again the following weekend with Bedouin twang and bare-bummed Brazilians. Indeed! Certainly not your dad’s Small World Festival this time around.