Maggie May Davis – “Take it Slow” 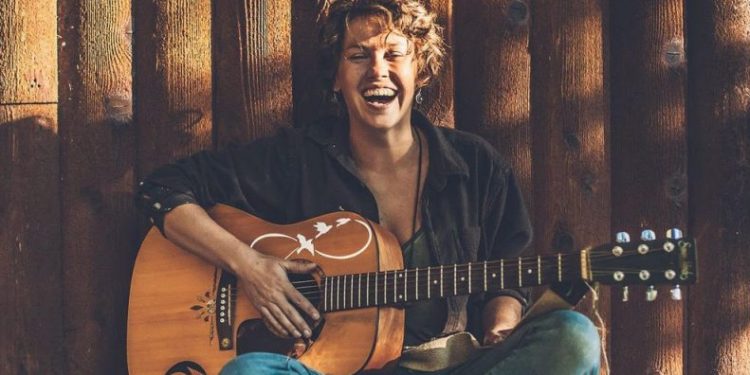 It’s very likely you’ve never heard of Maggie May Davis.  Originally from the small Ontario country town of Lynden, she now lives in the small mountain town of Revelstoke, BC.  She’s made a mark in the BC music community playing coffee houses, house concerts and pubs. For Maggie, recording an album is long overdue. For the eight years or so that I’ve know her, I can’t count how many times I’ve heard people ask, “When are you going to come out with an album, Maggie?”
Well, she’s finally done it.  She’s putting her music and voice out to the wider world. Her debut, acoustic and rootsy album, Denim Blues, will be released later in September 2019. It features five hand-picked songs from her last five years of songwriting.  It was recorded by Shawn Stephenson at Becoming Sound in Ymir, BC and features three tracks with Steve Brockley. It’s captivating, intimate, and soulfully Maggie.
Her compelling voice has aptly been described as “the voice of an angel hit by a Whiskey truck.” With this voice, and her gregarious personality, Maggie is a people magnet. To illustrate this point, I’ll give an example. She was at my home last weekend, and we were rehearsing for a shared gig.  My neighbour, with whom I’ve had little personal interaction since moving into my home four years ago, suddenly heard Maggie singing and invited us over for dinner. That’s the Maggie effect.
To celebrate the much-anticipated release of her new album, here’s a premiere of a track from the album called “Take It Slow.”
If you are enjoying this content, please take a second to support Roots Music Canada on Patreon!