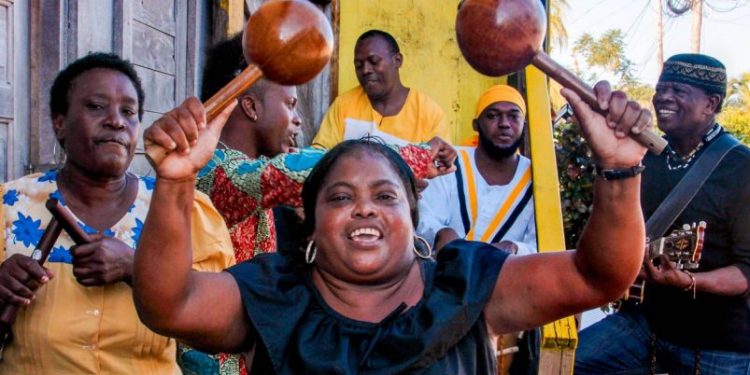 On July 24, the Calgary Folk Music Festival will kick off its 40th festival at Calgary’s famous Prince’s Island Park. The stunning landscape has been home to the festival for many years and contributes to the aesthetic appeal of a weekend that celebrates and features an eclectic range of musical genres. The park, with its winding river, lush green staging areas, and downtown Calgary skyline, creates a scenic atmosphere comparable to a music-lover’s dreamy getaway.

For 40 years, Calgarians have flocked to the grounds, arm chairs in hand, for musical acts ranging from indie rock to country and then some. Don’t believe me? Over its run, Folk Fest has seen countless acts grace its stage, including City and Colour, Jann Arden, Blue Rodeo, Great Big Sea, Elvis Costello, Alabama Shakes, and Lord Huron (just to name a few). These seven acts do not even begin to describe the diversity that this festival acknowledges; it’s the only one of its kind and calibre in Calgary. With that in mind, it’s no surprise that the festival’s roots run deep in this city’s history.

In 1980, the Travelling Folk Festival made its stop in Calgary for Alberta’s 75th anniversary. The lineup included the likes of Sylvia Tyson, Stan Rogers, Connie Kaldor, and Robin Williamson.The festival was so successful that the organization became determined to bring artists back to Calgary each year for the last weekend of July. And just like that the Calgary Folk Fest was born.

Below are some posters from various Folk Fests over the past few decades (including the one from 1980), courtesy of the festival’s archives.

Although the bare bones have remained over the years, the festival has had to evolve its style to maintain its uniqueness. While music remains the key focus, this year’s visitors can also experience an artisan market, photobooth, and even a cannabis consumption area during their time at the festival.

On a musical note, Folk Fest’s 40th lineup will not disappoint. If you find yourself visiting the grounds over the course of the weekend, here are three acts to keep an eye out for.

This Belizean band celebrates the Garifuna people, an Afro-Indigenous community that was expelled from the Caribbean by the British centuries ago. Their music is a modern spin on Punta, the chant-style music of the Garifuna people. Their sound is celebratory, which can be attributed to their combination of traditional drum with modern guitar and powerhouse vocals.

Combining English with her Indigenous language, Anindilyakwa, Wurramara’s sound is astonishingly smooth and soothing. Inspired by her and her family’s experience with racism, Emily creates stories with her songs that one cannot help but be captivated by.

Calgary’s own Emily Triggs has created a seamless fusion of country-rock. Her music is fun, as she plays with upbeat rhythm patterns and uses her powerful alto to create a unique and crooning sound. Having had years of experience in the Calgary music scene with various musical projects, she is an act that retains attention and demands respect.

Four up-and-coming acts to check out at ...