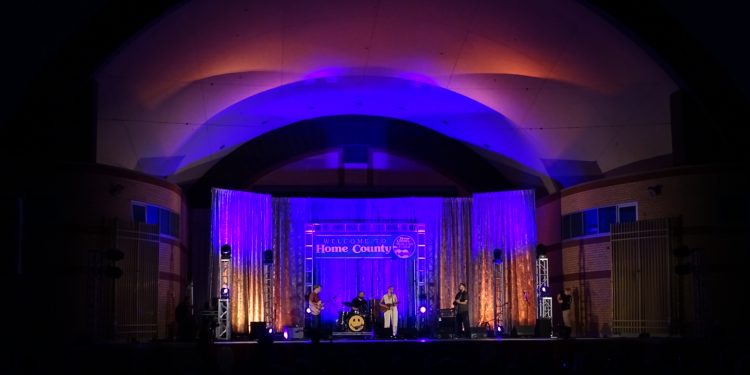 I was fortunate enough to make it to the opening night of the 46th Home County Music & Arts Festival. The three-day annual event takes place in Victoria Park, a beautiful green space in the heart of downtown London, ON. Admission is by donation.

Opening night featured five acts on the mainstage, as well as a few tweeners. Days two and three offer performances and workshops on multiple stages but unfortunately I wasn’t able to attend the whole weekend.

I was lucky enough to arrive just in time for the opening act and shortly after a huge storm had raged over the park dumping copious amounts of water on everyone and everything. While the festival was forced to completely shut down, once the storm had passed the crew quickly got things up and running, and the music started on time. Kudos to the hard-working volunteers and crew that make Home County happen!

The always entertaining Fred Penner opened the festival with a great set that thrilled the kids and those of us that are still kids at heart. Every human being should hear him perform “The Cat Came Back” at least once in their lifetime. Fred also managed to incorporate some crazy good bird calls into his set, which ended with a standing ovation and Fred being escorted to the merch tent – where a long lineup of adoring fans of all ages had gathered for autographs. Every festival should feature a set by Fred Penner. 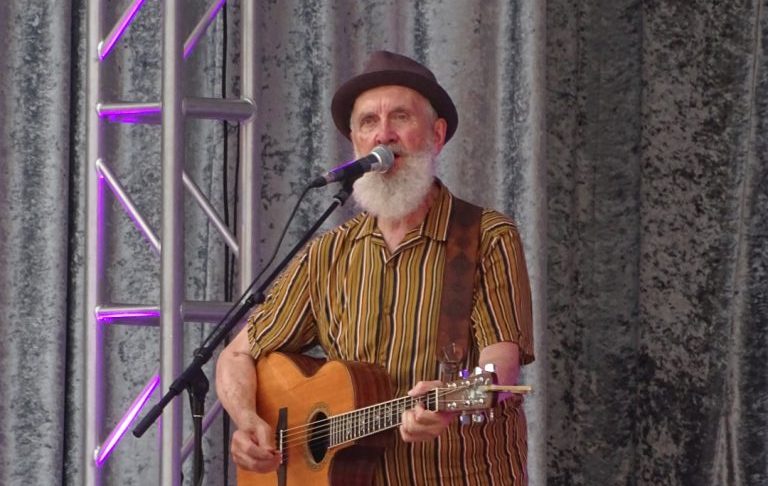 Home County’s artistic director Tim Fraser introduced The Pairs, explaining that they’d wowed him during their set on the Community Stage during last year’s festival, and he was thrilled to have them perform on the mainstage this year. I was fortunate enough to catch them twice recently at the Hillside Festival outside Guelph, and I was looking forward to seeing them again. Despite a nagging sound issue, the five-piece band, which includes twin sisters Renee and Noelle Coughlin, performed an energetic set that included the best mouth trumpet sounds I’d ever heard. Well done Renee! The band’s hometown crowd rewarded it with a standing ovation.

Aaron Allen performed a tweener set of country music, while the next band set up for its mainstage performance.

Next up was Coco Love Alcorn accompanied by a trio consisting of drums, standup bass, and keys. Surprisingly, I’d yet to catch Coco live but would always hear very positive reviews, including one from singer-songwriter Shawna Caspi, who I was lucky enough to run into in the crowd. Coco didn’t disappoint, performing a lively set that highlighted her smooth, soulful and jazzy sounding vocals. The crowd was fortunate enough to see her debut the title track from her upcoming album, Rebirth. She and her band also performed a beautiful song a capella as an equally beautiful sunset lit up the sky behind the bandshell. I definitely need to see Coco Love Alcorn again. 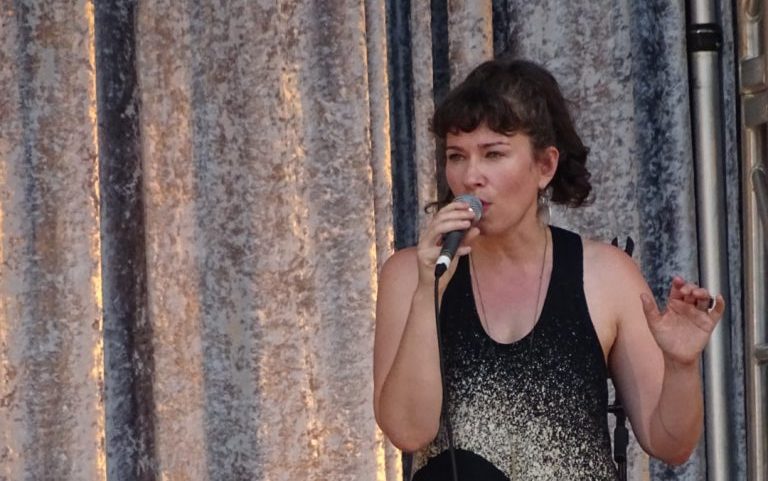 Katherine Fischer performed a tweener set as Lydia Persaud and her band started setting up.

I discovered Lydia’s music when she shared the bill with Devin Cuddy at a tiny basement venue in Toronto a few years back. I was amazed at how good her vocals were and swore to catch her as often as I could. Sadly I missed out on her performances during the Hillside Festival, so I was thrilled to make up for it by seeing her full set on the mainstage at Home County. Lydia and her extremely tight band were incredible! Why Lydia Persaud isn’t a household name and opening up for major acts touring the world is beyond me. “Low Light” and “Honeychild” are both massive hits in my opinion, and they sounded absolutely perfect during her Home County set. I simply had to close my eyes when Lydia performed each song, and I could easily imagine that I was hearing a major recording artist perform their biggest hit. What an amazing voice, strong writing, and fantastic sound! Lydia Persaud’s performance was the highlight of my evening at Home County.

Toronto pop-soul artist ColinResponse and his five-piece band took the stage to close out an evening of great music. With keys, saxophone and trumpet, ColinResponse’s soulful rhythm and bluesy sound and high energy performance attracted the largest group of dancers in front of the stage. A few times ColinResponse jumped from the mainstage with his tambourine to sing and dance his way around the crowd. People loved that and their sweet on-stage choreography, responding with loud demands for an encore, which the band eagerly obliged. 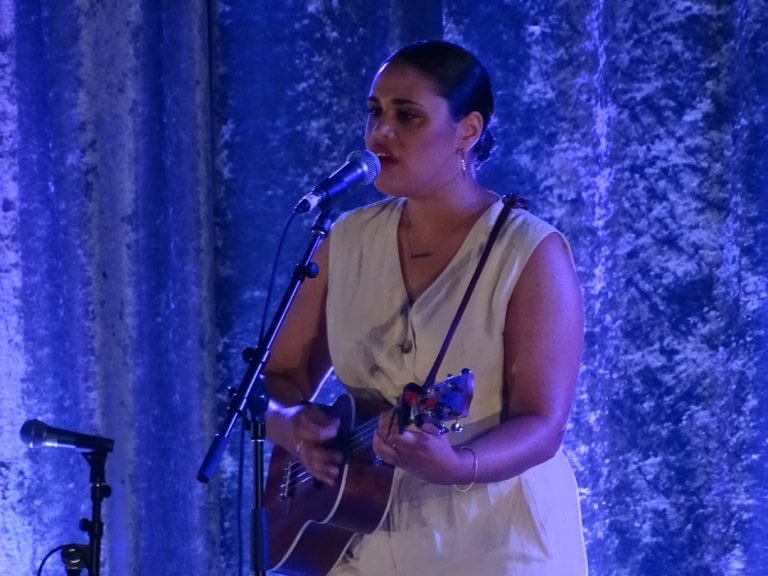 Sultans of String are crowdfunding this very ...