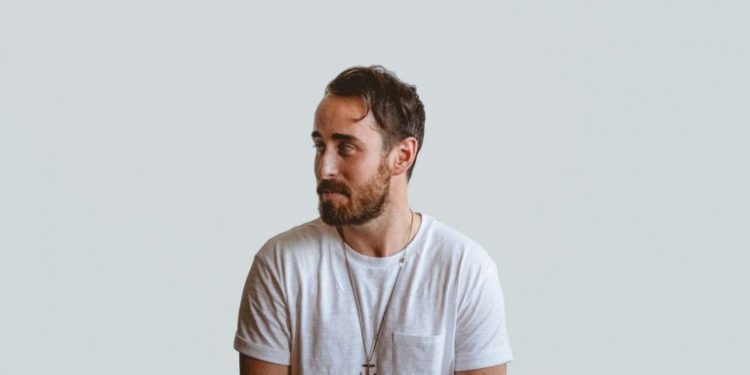 The Montreal Folk Fest on the Canal kicks off tonight and runs through Sunday at the Centennial Esplanade.   It features lots of stalwart Canadian acts like Old Man Luedecke, Hawksley Workman, and the Good Lovelies.  It also features Ottawa singer-songwriter and Roots Music Canada writer Christophe Elie.  But if you’re looking for some tips on who to catch that you might NOT have heard of, here are five emerging artists from Quebec, recommended by Matt Large of Hello Darlin’ Productions, which helps put on the festival.

The French pop music landscape has long been populate with sweet-voiced female vocalists, whose understated approach is the very antithesis of big-voiced divas like Celine Dion. I’m talking about singers like Carla Bruni and Chloe Sainte-Marie, and – more recently – Beatrice Martin, a.k.a. Coeur de Pirate. It’s a beautiful musical aesthetic that has never really taken off in the anglo scene to the same extent, but it’s one that Maude Audet embraces and builds on much as Beatrice has. In Maude’s case, that means production values marked by plenty of wet reverb and pop arrangements with just a hint of country noir. Maude actually began her artistic life as a visual artist but made music her primary focus after her second son was born. That wasn’t very long ago, but she already seems very comfortable in the skin of a singer-songwriter.

I’m not sure if Cecile really belongs in the category of “emerging artist” anymore since most people who love Canadian roots music already know and love her – unless they happened to be in a coma for the past five years or so. This New York-born Montrealer – who also spent some time living in France – plays stripped-down blues music with so much feeling you could picture her as a world-weary older woman playing and singing to herself on the steps of a big city tenament. Her guitar playing is as electrifying as it is understated. Her vocals are both powerful and seemingly effortless, and her music has a groove that will not let you go.

Born and raised on Cape Breton Island but now living in Montreal, Mike McKenna Jr. makes contemporary singer-songwriter music with minimalist indie folk production values, but his sound is clearly influenced by the greats of Canadian – and particularly East Coast – folk music, in particular Stan Rogers. Just listen to “The Chesapeake and The Shannon Pt I & II,” an a cappella number that lacks the call-and-response format of traditional sea shanties but that nonetheless is a melancholy nautical tale that would not sound out of place in Stan’s repertoire.

Again, it seems a little dishonest to label these guys emerging artists when they’ve been playing music together for around a decade, but I guess you’re emerging until you finally get the credit you deserve, right? Poets front man Kevin Harvey was heavily inspired by the blues, but the original songs that form the backbone of the band’s repertoire touch on blues, folk, gospel, swing and much more. And the sound is stripped-down, rootsy and easygoing. Montreal sure does produce a lot of great acoustic blues-based roots acts. If you haven’t seen these guys yet, make sure you add them to your festival schedule.

As the Moose wrote back when he reviewed their new album: Old school bluegrass and country meet smokin’ Montreal sophistication and cinematic production values in this new project by two established entertainers. Guitarist and multi-instrumentalist Léandre Joly-Pelletier has worked with Quebec country and bluegrass artists such as Sara Dufour, Laurence Jalbert, and NotreDame-de-Grass over the last decade. Catherine-Audrey Lachapelle is the actress who plays Virginie Francoeur on the Radio-Canada TV show District 31. It turns out she’s also a lovely singer, Léandre is a rock solid writer, and the two of ’em throw down some mighty fine harmonies.