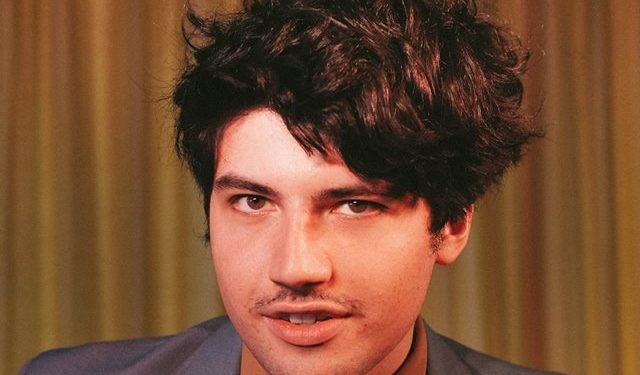 With a tight grasp on the music that embraces the swing tradition, Quinn Bachand’s Brishen takes audiences on an inventive quest which, through technical virtuosity, brings together a spellbinding range of musical history to reinvent the categories of swing jazz, pop and country, celebrating the music of the ‘30s up to and including the ‘60s. Quinn is able to create a space where virtuosity meets vibe, leaving audiences with a sense of jubilance and nostalgia.

A natural musician, the 23-year-old is invested of both body and soul in his quest for musical perfection in many facets. A seasoned and versatile performer, he’s been a professional musician since he was 11 and is considered one of Canada’s top Celtic guitarists. In addition to touring and performing with artists such as Ashley MacIsaac and Natalie MacMaster, as well as with his sister, Qristina, Quinn fronts his own stellar gypsy swing ensemble, Brishen, and is a member of various outfits, including the Grammy-nominated Kittel & Co.

About the opening act, Zigue:

Since 1992, Claude Méthé (fiddle, vocals) and Dana Whittle (guitar, vocals, foot percussion) have performed, composed and shared everything, both in music and in life. Zigue reflects their common love for the Québécois trad-inspired music they make together every day. Both are dynamic singers and prolific composers. Claude’s raw, emotional voice and virtuoso fiddling is seamlessly matched to the accompaniment of his partner, herself a rhythmic and vocal powerhouse. Together, they deliver the kind of magic that is the hallmark of musical families.

Two-time Grammy Award winners Cathy Fink & Marcy Marxer are master musicians with careers spanning over 35 years. Their superb harmonies are backed by instrumental virtuosity on the guitar, five-string banjo, ukulele, mandolin, cello-banjo, and many other instruments. An eclectic folk festival on their own terms, their repertoire ranges from classic country to western swing, gypsy jazz to bluegrass, and old-time string band to contemporary folk, including some original gems. Their versatility defies a brief description, but perhaps “well rounded Americana” does it best.

In February 2017, the duo released its 45th recording, Get Up and Do Right. The album features duets of some of their favorite songs by songwriters such as Alice Gerrard, Tom Paxton, Ola Belle Reed and David Francey, with an original tune and song for good measure.

This touring project was created by two Scandinavian bands, who are playing and singing traditional as well as newly composed music and songs from Denmark, Sweden, and Norway. The project features the Pan-Scandinavian violin trio Fru Skagerrak and the Danish violin and guitar duo Kristian Bugge & Morten Alfred Høirup – and their very individual ways of presenting the music of their homelands. But the two acts also join forces as a part of their show of old Scandinavian joking songs and beautiful love songs, combined with some great traditional dance music and catchy new tunes – all arranged for strings, flutes, and voices.

The music of Fru Skagerrak takes you on a journey through Scandinavia, from lowlands to mountains, from slow airs to lively polkas in major and in minor keys and everything in between. Fru Skagerrak is comprised of three master musicians – one from each Scandinavian country: Maja Kjær Jacobsen from Denmark, Elise Wessel Hildrum from Norway and Anna Lindblad from Sweden. The members met in 2014, and their debut self-titled album got very good reviews and was one of the Top 10 albums of 2016 in the Canadian magazine Penguin Eggs.

Violinist Kristian Bugge and guitarist and singer Morten Alfred Høirup are two of the most traveled folk musicians in Denmark. They have been touring and performing together in several formations over the years, and their music is a blend of great traditional dance music and the beautiful old songs from Denmark, mixed with new tunes that they write themselves inspired by the Danish music tradition.