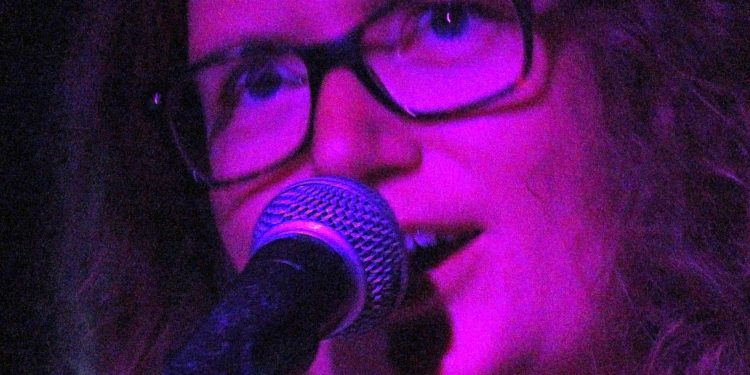 A vacuum tube glows warmly in the dark, yellow and blue, contained in a fragile membrane of blown glass, of crystal clarity, specifically curved to disperse its heat equitably, protecting the circuit board at the heart of the amplifier from spontaneous combustion. Within it, the electron sparks swirl in unobservably instantaneous lines. Charlotte Cornfield’s newest record, The Shape of Your Name, amplifies autobiographical lyrical trajectories of longing and pride, rainfall and movies, cars and dandelions, specks of toothpaste and pad thai, magnifying almost microscopic elemental memories, which would be specific enough to embarrass as mere data, until they’re arcing with meaning as her voice reloads them with emotional amplitude, dispersing their heated revelations equitably, preventing combustion.

“Yeah, that’s what some people are finding relatable,” she affirms when we speak, “the specifics of those universal emotions that people can connect to.”

Each song invents sonically cavernous spaces where Charlotte can roam in adventurous intimacy, with the piano or rhythm guitar as her anchor. Minimal vocal harmony acts as an occasional signal rectifier, and persistent looped drone effects serve as sonar, to explore in detail the inner surfaces of her social circulatory system.

“My friend [producer] Nigel Ward from Montreal – he had these visions to add some linear flow with those loops, especially on the piano songs. It all started when I was at the Banff Center, and I connected with three of the guys from Broken Social Scene, and they kind of reignited my love of music because I wasn’t sure what I wanted to do next. In particular, it was really good to work with Charles Spearin who also plays with Do Make Say Think. He’s all about getting outside of your comfort zone and trying out strange sounds.”

Song structure manipulation is another innovative course of action that she has pursued with this record. Hooks evolve into chants. Rhyme schemes are broken telephones that distort as they unfold, and endings are sudden, yet preposterously sensible. Her lyrical tactical strategy is to wrap her romantic vulnerability in a worldly-wise insouciance that charms with its good-natured equilibrium, but which is nonetheless never at rest. She seeks contact with “a non-existent world” (“Storm Clouds”), “a sudden heat piercing the dark” (“Balladeer”), or a breathless breakthrough opportunity to “get under your skin and mess with you” (“Andrew”).

The nine songs are predominantly mid-tempo ballads, with the vigorous adulting blues of “Up The Hill,” shedding the lush imagery with an abrupt energy boost, as an exception. Cornfield’s drumming (she studied jazz drums) energizes a few tracks, and her piano is almost churchy, giving the whole record a resonant anthemic feel that induces a deep empathic bond with the listener. As is evident in every skillful nuance, her decision to “quit her day job” as booker for Toronto’s impeccable pan-musical showcase, Burdock, seems to have come at the right time. Her future seems radiant with possibility.

“I think that I’m really happy with how the record is being received. I try not to have big expectations about things because I’ve been doing this for a long time. I love connecting with people through music. I just want to collaborate, write more, and to continue on this lifelong journey.”

Since its release, she has been touring as opener for inspiring Newfoundlander Tim Baker throughout the East Coast and is moving on to do the same on the West Coast very soon.

But first, there was an official launch in Toronto at The Baby G at the end of May that brought a sold-out roomful of her local peers and fans together, including artful musical troopers Lydia Persaud and Jill Harris from The O’Pears, Tim Darcy of Ought, Brendan Canning, Kevin Hearn, Christine Bougie and show opener Charise Aragoza, whose laced electronic loops provided a sonic hammock for her songs and kalimba playing. Some good friends of Charlotte’s, Steven Foster, Glam Season and Ben Harney, brought cool banter and a calm but highly charged backdrop to the material as a band, amping up the intensity of “Andrew” and “Up The Hill” while maintaining a subtlety that hushed the room down to librarian specifications for “Balladeer” and “June.” The vivid vibes brought the intimacy of the tunes into collusion with the coziness of the room so that there was an instantaneous sympatico full of appreciative audience commentary between songs. There are many active ingredients in this music.

“Just sit back and appreciate it,” as she sings on “Up The Hill.”