Titans of Toronto Reggae – Mar. 2 at the Opera House, Toronto 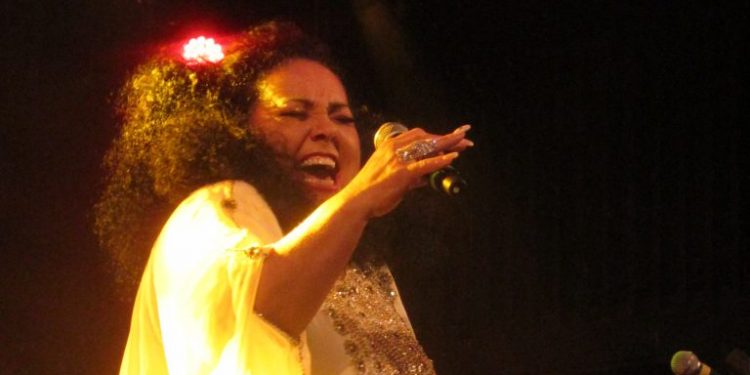 In the late 60s, thanks to the addition of a provision to the Immigration Act by Mr. Trudeau senior, Jamaican-born workers and professionals who had already emigrated to Toronto were able to invite their families to join them in Canada. Consequently, T.O. became the third largest Jamaican city in the world, with a flourishing family-based community, at first in the Bathurst Street area before drifting up to its current matrix at Eglinton and Oakwood. The talented newcomers from that land of sunshine and singing formed new coalitions and traditions and established a distinctive Toronto style of reggae music.

The city, through an organization called Culchaworks, issued a mayoral proclamation at the beginning of March of Titans of Reggae Day, culminating with a glorious concert at Toronto’s Opera House showcasing those innovators on an extra-frigid Saturday night. There was radiant heat in the hall however, as a 16-piece band, directed by the young, gifted and prolific Andrew Craig, erupted into rhythm. 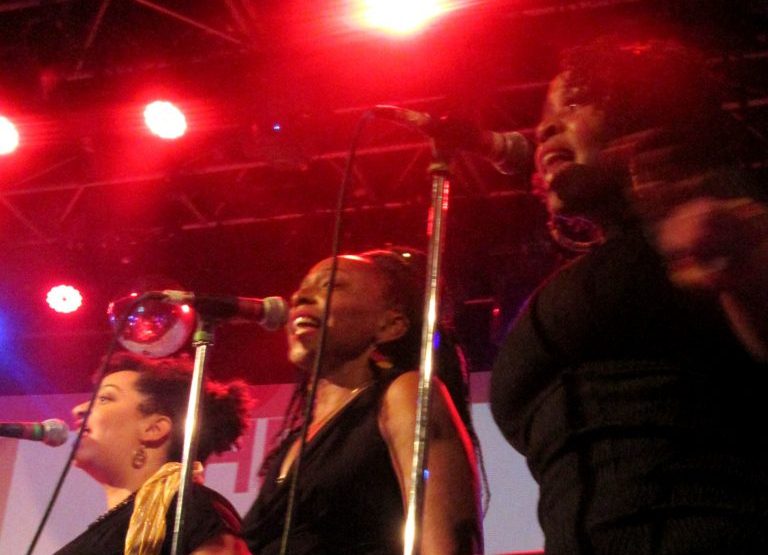 In brief pre-taped interviews projected on the backstage wall, each performer shared recollections of Toronto’s early reggae scene before hitting the stage. After coming to visit, staying in Canada became an irresistible option for all of them. The artists confided a broad number of reasons: a job or a musical opportunity, family, self-interest, “I didn’t need to join the army,” attraction (“it was like a vortex, it just held me”) and romance (“I just couldn’t leave that girl.”)

Among the familiar and trusted sidemen, some, such as Eddie Bullen and Carl Harvey, are almost as famous as the stars. They provided a consistently solid rebar-and-concrete foundation to the parade of titans who arrived, one by one, to be greeted by host Michael Williams, sparking applause, cheers and waving phones. With one song each to perform, every singer exhibited engaging audience rapport, a tight connection to the band, and, often, remarkable dance prowess (not to mention extraordinary shoes). 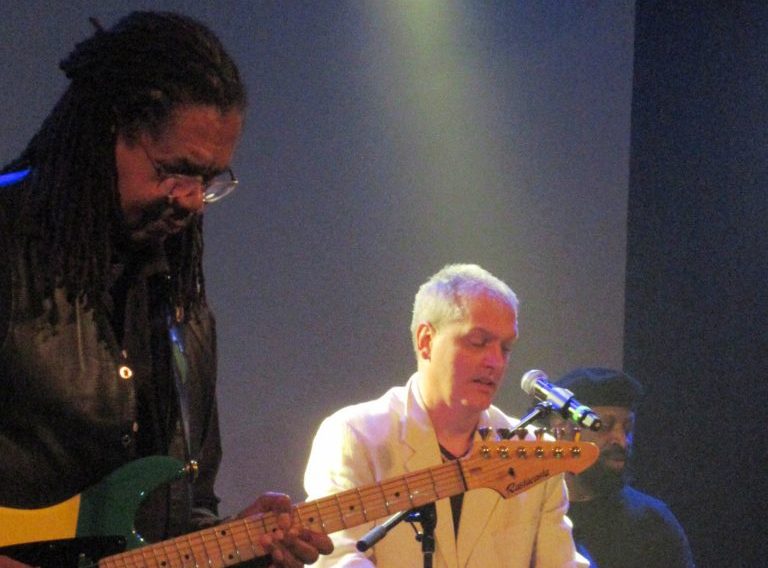 Emotions ran high as many of the Titans arrived to such a cacophony of praise that they had to drag up, rewind and start over. As highlight upon highlight accelerated the excitement, bassman Charles Sinclair, ONiel “Drummy” Fuller and The Titan Horns doubled down on every rhythm, bringing focus to the character of each performer and adjusting perfectly to the twists and turns of the program as it unfolded. Liberty Silver, in a cloud of chiffon and nuclear jewellery, radiated warmth, talent and humility, bringing Andrew Craig in for a turn on the bass as she rode a disco reggae groove. Willi Williams dug in deep on “Armagideon Time,” his roots classic which, he announced, was created in Malton, ON with the late great drummer Raffa Dean. 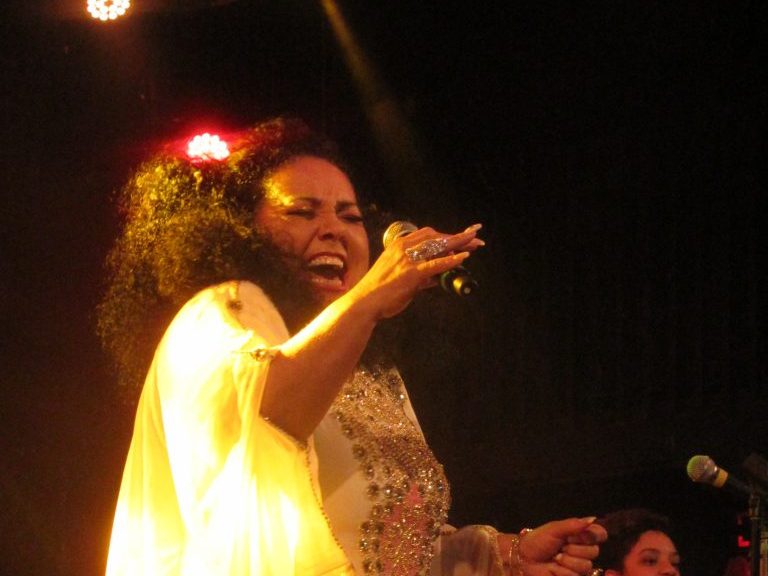 The Mystics trio burst onto the stage with such force that the audience turned into a sea of waving arms. With the stalwart backing vocal trio for the entire night, The T -Threes, chiming in, Tanya Mullings captured hearts to the back of the hall with the classic ceiling-raiser “Breaking Up Is Hard To Do,” and paid reverent tribute to the legendary Bernie Pitters, who was led to his keyboard at centre stage several times over the evening to add extra juice to the proceedings. The second set launched with Jason Wilson’s arrangement of Jackie Mittoo’s “Drum Song.” Ruling the arena most splendidly, Nana McLean brought the night to a fine froth by ditching her platform shoes and churning up everyone with her uplifting joviality and exuberant singing. Modern-style crowd pleasers, the smooth Steele and Glen Washington (who started his phenomenal singing career as a drummer on the T.O. scene in the 90s) gave the ladies something to swing about as the evening ascended toward a climax. 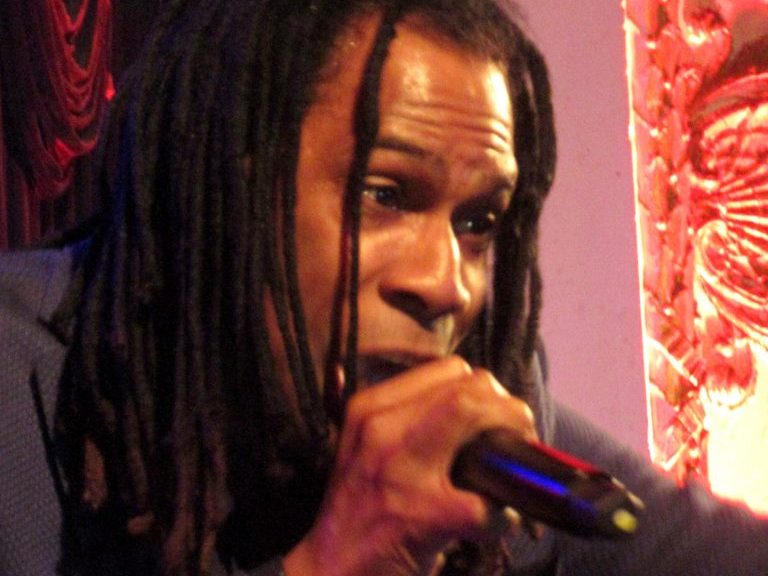 Stranger Cole provided a cultural showcase of moves and merriment, letting off one of the few “Rastafari!’s” of the evening. And then the King of Toronto reggae, Leroy Sibbles, founder of The Heptones, and the number one studio bassist at Jamaica’s temple of reggae, Studio One, strode onto the stage and saddled up on “Modelling Queen” and “Rock And Come On,” two jewels of his repertoire that he wrote during his 20-year residency in the city.

At the end of the night, all personnel were summoned back on deck to join in on an original Toronto tune, “Messengers,” by Jay Douglas and Christopher Butcher. “We are the messengers of peace and love. We are the children of the Most High”. The crowd would not let it go, chanting the chorus after every stop.

Reggae music has always been meant to uphold unity, and it was stirring to see so many artists participating with respect to this goal, bringing the synthesis of two countries’ cultures into one focus, no longer strangers in a strange land. As Nana McLean said, “When you check it out, the music was our home.”

The finale. Photo by Paul Corby.