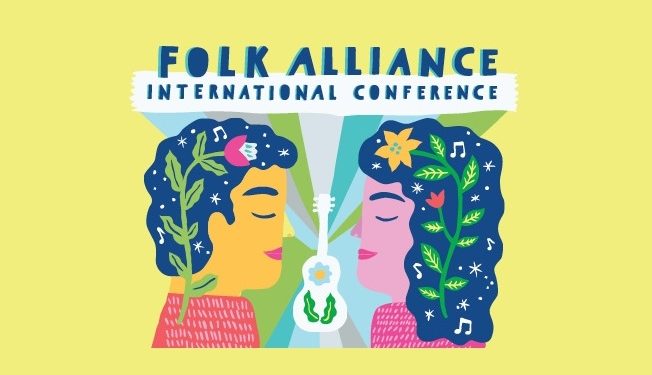 For 30 years, Folk Alliance International has provided a chain to connect the widespread practitioners of folk and roots music and dance. Every year, the community of performers, presenters, and exponents of traditionally-based songcraft recharges its solidarity with a meeting of minds, bodies and spirits.

This year, Montreal is the nexus of connection. This city, steeped in tradition, yet famous for its bold progressive experimentation in all of the arts, will be invaded by hundreds of free and forward thinkers and doers for the Valentine’s Day weekend in the Fairmont Queen Elizabeth Hotel.

Roots Music Canada attended the FAI orientation session at Lula Lounge in Toronto last week. Much of what was discussed can be found online at https://folkconference.org/.

Schmooze strategies abounded as about fifty-odd people showed up, all with their minds on business logistics and optimizing their connections for February. The crowd was split four ways in roughly equal parts: artists, presenters, publicist/media people and FAI/Music Ontario functionaries. Music Ontario is a non-profit division of the Canadian Independent Musicians Association, which presented the workshop.

The focus of the panel was all about realistic goal-setting, budgeting, preparation and personalizing your approach to what can be an overwhelming experience. There will be two first-timers meet-and-greet sessions. Suggested tactics included writing your impressions asap on the back of the business card as you receive it, opening your circle, matching your water to booze intake glass per glass and casting your CDs upon the waters, for they will show returns, possibly even after many years.

In aid of regulating over-energetic tendencies, the news is that, this year, official showcases are from 4:30-8:30 p.m., a full two hours earlier than usual; Private showcases begin at 10:30 p.m., allowing for two hours downtime and detox.

Keynote speakers will be Tanya Tagaq and Lynn Miles, who will address the theme of this year’s program: mental health and the music industry. Besides the diversions of the hotel’s artisans’ market, bistronomic cuisine, and bedroom swing-sets, attention grabbing “guerilla antics” will also be expected and encouraged, said Treassa, who apparently had a mannequin of herself dressed and made up differently every day at the Nashville FAI.

The biggest event will be a bed-in singalong on Saturday morning at 9:45 when John and Yoko’s anthem, “Give Peace a Chance,” reaches its 50-year anniversary in the place of its origin.

Some thoughts on house concerts

Check out these two new songs from ...