A Holiday Miracle for Myles Goodwyn, 46 years in the making 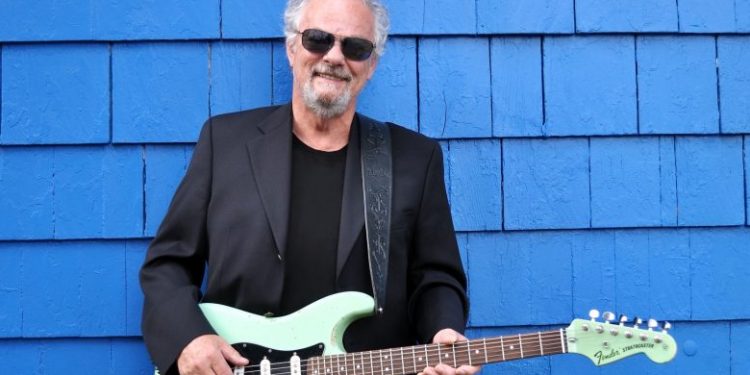 Here is a heartwarming story for anyone who treasures their instruments or has had the misfortune of losing one in an untoward manner – courtesy of Myles Goodwyn, Canadian record producer, guitarist, lead vocalist, main songwriter, and founding member of the veteran Canadian hard rock band April Wine. His newest album, Myles Goodwyn and Friends of the Blues, is available now online and in-stores.

Here’s the story in Myles’ own words:

A most remarkable thing has happened. Today I was reunited with my beloved 1962 Gibson Melody Maker after it was abducted 46 years ago. She was 10 years young when she was taken and 56 years old when she was returned this afternoon. And damn she looks good!

I have posted pictures of her over the years (I had only five pictures of her in total), and I lamented openly about how she was my favorite guitar (my only guitar for some years) and that I missed her still. We found each other in 1968 in Cape Breton, N.S. We were in a group called East Gate Sanctuary for a while and later with April Wine.

And then one day in 1972 she was involved in a truck accident, and I was told that she was destroyed, and the body parts tossed away before I could see the damage for myself. In other words, she was stolen from me, plain and simple, although I didn’t know it at the time. I was sad, and I was pissed, and all these years I thought she was “gone” forever.

The day before Christmas, Dec. 24, 2018, I got a message on FB from a fellow named Randy informing me that my guitar was in Victoria, B.C. alive and well, and if I wanted it back to call a guy named Doug. I couldn’t believe it. It’s now been 46 years since I was told she was destroyed.

I was sent a picture of the guitar Doug had at his house perched on a guitar stand as a conversation piece! (btw, Doug had bought [it] legitimately in 2005) I knew instantly that it was my long-lost MM. WOW!!!

I contacted Doug, worked out some details (I bought it back), and I had my guitar shipped and delivered to the door. Today! I’m still in shock and very grateful to Randy and Doug.

Here’s a picture of me reunited with my beautiful Melody Maker, returned in perfect working order in the same overall condition (minus one star decal) as when I saw her last all those decades ago.  What an AWESOME way to start a new year!! 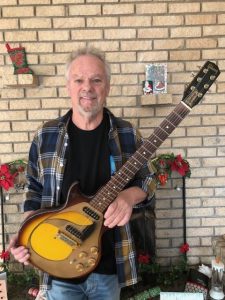 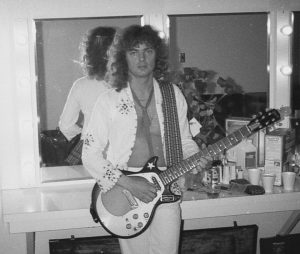