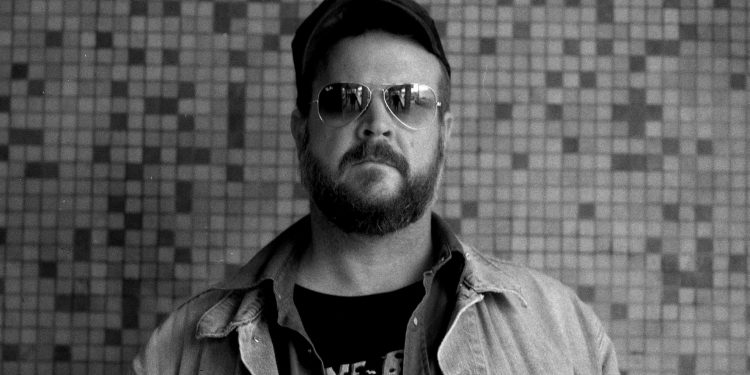 The traditions of the blues are handed down like precious artistic gifts. When you’re an artist who grew up in a place that spawned several legends of the genre, you can’t help but be born into that ongoing legacy. Bolton, Mississippi-born, Vancouver, BC-based singer-songwriter and guitarist Robert Connely Farr builds on the influences of his hometown with his bold and blistering new album, Shake It and the featured single, “Lefty.”

A perfect mix of bone-deep skill and an atmosphere of wild abandon permeate all nine tracks on Shake It, “Lefty” throws down a guttural guitar shuffle that aims its thump directly for the center of the chest. When Robert sings “C’mon Lefty take me to the limit” in his gravel road baritone, you know you’re in for a raucous ride through a night of defiant, devil-may-care rebellion.

The full throttle blues rock of “Lefty” and the album’s title track, “Shake It,” both written by Robert, contain all the grit and fire of a man that’s dodged more than a few bullets. The six-tracks written or co-written by Robert and the three carefully chosen covers of songs by home-state heroes Charley Patton, Tommy McLennan and Jimmy “Duck” Holmes, respond to Robert’s unexpected 2019 cancer diagnosis, emergency surgery and recovery shortly after celebrating prestigious Maple Blues Awards nominations for Songwriter and New Artist of the Year.

“In the wake of my cancer surgery, I fell hard into this Charley Patton book,” Robert recalled. “I’d never known much about Patton, ironic as I grew up walking the same streets he did as a young man. I felt a lot of similarities to aspects of his life – leaving home but always missing it, troubles with liquor, not fitting in, but always about the song… always about the song. ‘Screamin’ & Hollerin’ hit me like a ton of bricks – that song kicks the album off.”

After an inspiring trip back to Mississippi to Jimmy “Duck” Holmes’ Bentonia Blues Festival, Robert and his band had already begun recording what would become his epic, 16-track 2020 release Country Supper when his cancer diagnosis temporarily derailed everything. After recovering from surgery, Robert and his band dove back into finishing the project that would score sustained buzz from critics and fans alike, garner glowing reviews and receive numerous placements on Best of 2020 lists. Country Supper left the door wide open for this year’s leaner, meaner, but no less epic, follow up.

Recorded at Vancouver’s Hipposonic Studios and co-produced by Robert and his two core band mates, drummer Jay Bundy Johnson and bassist Tom Hillifer, Shake It delivers a soundscape ranging from slow burn to full-on earthquake. Riding along with his long-time rhythm section, The Dirty Dirty, Robert’s grit-soaked voice and howling guitar paint images of swamps packed with catfish while spirits dance in the sky.

“We recorded in Vancouver in the same room AC/DC, Aerosmith, Bon Jovi all worked in,” He said. “We kept the team small for this one and felt strongly about making this ourselves. For the better part of 15 years, they are the only guys I play with.”

The new album, Shake It, featuring the focus track “Lefty” is available now.