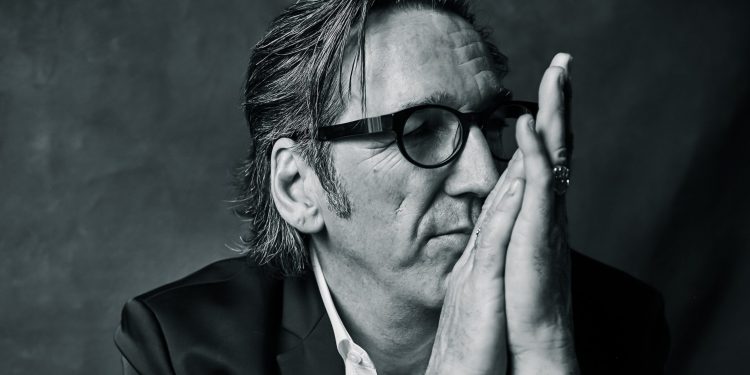 Vancouver’s Rogue Folk Club is not wasting any time getting back into full-swing now that lockdown measures from Omicron are over in B.C.

This month, the exciting line-up draws from all across Canada (the Fretless) and even around the world (Martyn Joseph).

The Rogue continues to generously offer streaming tickets to its concerts for those who are clinically vulnerable to COVID-19, concerned about catching the virus, or just not able to make the show in person.

For information on any of these shows visit roguefolk.com

Quinn Bachand’s Brishen and Ella Ozz and the Wizards of Swing – April 8 at Mel Lehan Hall at St. James

Brishen is Romany for “bringer of the storm,” and it’s an appropriate name for Quinn Bachand’s band. Quinn is one of Canada’s most outstanding young musicians. His band brings together a spellbinding range of musical history to reinvent the categories of swing jazz, pop and country, celebrating the music of the ‘30s up to and including the ‘60s. Brishen creates a space where virtuosity meets vibe, leaving you with a sense of jubilance and nostalgia. The band has toured across Canada, the United States and Europe, performing at major folk, jazz and hot jazz festivals. They’ve been nominated for five Canadian Folk Music Awards and two Western Canadian Music Awards, and they recently won an Independent Music Award in the jazz category for their latest album, Blue Verdun.

Ella Ozz and the Wizards of Swing are an upcoming band on the Vancouver Gypsy jazz scene,  fronted by the vivacious chanteuse Ella Ozz. Her sparkling personality and impressive ability to interpret classic and contemporary songs has gained her many fans for her around the city. Most of the band members are familiar to those who are fans of the Hot Club of Mars: the masterful Michael Dunn and Don Kellett on guitars, Mark Dowding on sax and Joe Bourchier on bass.

The Fretless – April 9 at Mel Lehan Hall at St. James

A supergroup of celebrated solo artists, most of whom are either Berklee grads, fiddle champions or both, the Fretless has been creating a singular and signature sound that dares to expand the idea of what a string music quartet can be — transforming fiddle tunes and folk melodies into intricate, beautiful, high-energy arrangements that have quickly gained a dedicated following and accolades from around the world. Within what appears to be a simple and classical construct — two fiddles, a viola, and a cello — the Fretless has created a sound that is distinctly rich, multi-layered, and uniquely percussive. This tonal quality is pushing traditional music to new heights, producing a completely fresh approach to folk music.

Stephen Fearing’s music is a mesmerizing blend of roots, folk, and pop. Co-founder of Canadian roots-rock supergroup Blackie and the Rodeo Kings, he is a beguiling teller of tales and master guitarist who delights audiences throughout North America, the UK, and Europe. A multi Juno and Canadian Folk Music Award winner, his 11th solo album, Every Soul’s a Sailor, was named 2017 Worldwide Album of the Year by Blues & Roots Radio. In 2019 he released The Secret of Climbing, a limited edition, vinyl-only release that captures the subtle emotions of his mesmerizing voice and masterful guitar work in their purest form, unobscured by computers or studio wizardry.

The Hornby Island Blues Workshop takes place every spring on Hornby Island. Each year they invite a dozen or so of the finest Canadian blues and roots musicians around to share their knowledge and inspiration with some lucky students. We thought, “Why not catch some of these great players, singers and all-round crowd-pleasers and get them to do a show for us on the way?” So, we snagged some of these entertaining entertainers to entertain you just before they head over there . It’s a simple but foolproof formula! This is the fourth year that we have presented this delightful showcase.

Brandon Isaak is an authentic, heartfelt roots and blues songsmith who always delivers the goods, be it as his one-man band, his dynamic duo, his hard-hitting trio or even his five-piece, Saints of Swing all-star group.

Paul Pigat can play just about every style and technique imaginable, with a modern twist that is both fluid and precise and is without fail exhilarating in its intensity. Diversity in a musician is always a bonus, but of course, at a blues concert, Paul will narrow the scope for sure to focus on his brand of country meets bebop blues and traditional delta finger style.

Tim Williams is a blues-based singer-songwriter and multi-instrumentalist and 40-year veteran of the roots music scene in North America. Imagine, if you can, a front porch where Robert Johnson, Hank Williams, Hula Hattie, Flaco Jimenez and Bob Marley meet often and discover just how much they have in common. Tim’s music would fit right in.

Martyn Joseph is a powerful singer and songwriter gifted with the rare ability to speak to the soul with his expressive and poignant lyrics. With a discography of 37 albums spanning 1983 to the present, over half a million record sales and thousands of live performances, the versatility of his music touches genres of folk, rock, soul, folk funk and Americana, yet somehow all these labels cannot define the spirit of his music.

Compared to Bruce Springsteen, John Mayer, Bruce Cockburn and Dave Matthews, he has created his own style and reputation as a mesmerizing live performer, giving what thousands have described as the best live music experience of their lives. A unique talent driven by passion, social awareness and love for his trade, his music manages to empower and speak for the many.

Peter Serrado gets honest and self-reflective on ...