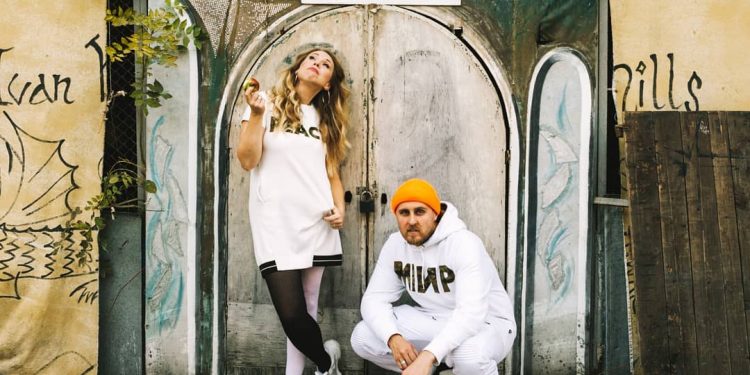 While her brother is in Lviv fighting the Russian invasion of Ukraine and his wife and children make Ukrainian flags as refugees in Poland, Marichka Marczyk is trying to concentrate on rehearsals.

She and her husband, Mark, are currently in London to perform the music for The Dogs of Europe with the Belarus Free Theatre, a company comprised of Belarussian refugees.

The show is a dystopian futuristic drama about the dangers of looking away when authoritarianism takes control.

“With the whole situation in Ukraine … It just has a different sense now,” Marichka said, on the line from London.

“I’m so happy that we have this artistic and musical weapon here in London to use art and music to reach the world and say, ‘Wake up.’”

Marichka, who, along with Mark, is best-known as a co-founder of the Juno-nominated Lemon Bucket Orkestra and the duo Balaklava Blues, lost two cousins to the Russian invasion on March 2, when Russians shelled their apartment building near Kyiv.

She has been sharing news about the conflict from family and friends on social media, in an attempt to spread the word about what’s happening.

She and Mark are also organizing a fundraiser that will involve selling art by Ukrainian artists as non-fungible tokens (NFTs), a type of original digital art authenticated using blockchain technology.

They hope to raise $1 million for the war effort.

“It’s kind of too much for two people to do all these things at the same time, but we’re trying to do everything [that] we can do and not sleeping at all,” she said.

“I’m literally rehearsing with my phone 24 hours because I was helping my family. There was one moment when I realized that my brother in Ukraine just [brought] his family to the Polish border and decided to come back to Ukraine and fight and sent me pictures. So this time it was my point to cry. … It’s hard but at the same time, everything that happens makes me stronger.”

Marichka was born in Soviet-controlled Kyiv in 1976 and earned a degree in ethnomusicology at Ukraine’s National Academy of Music.

She remembers the repression of the Ukrainian language and Ukrainian culture under Soviet rule and the gradual awakening of Ukrainian consciousness after the country obtained its independence. 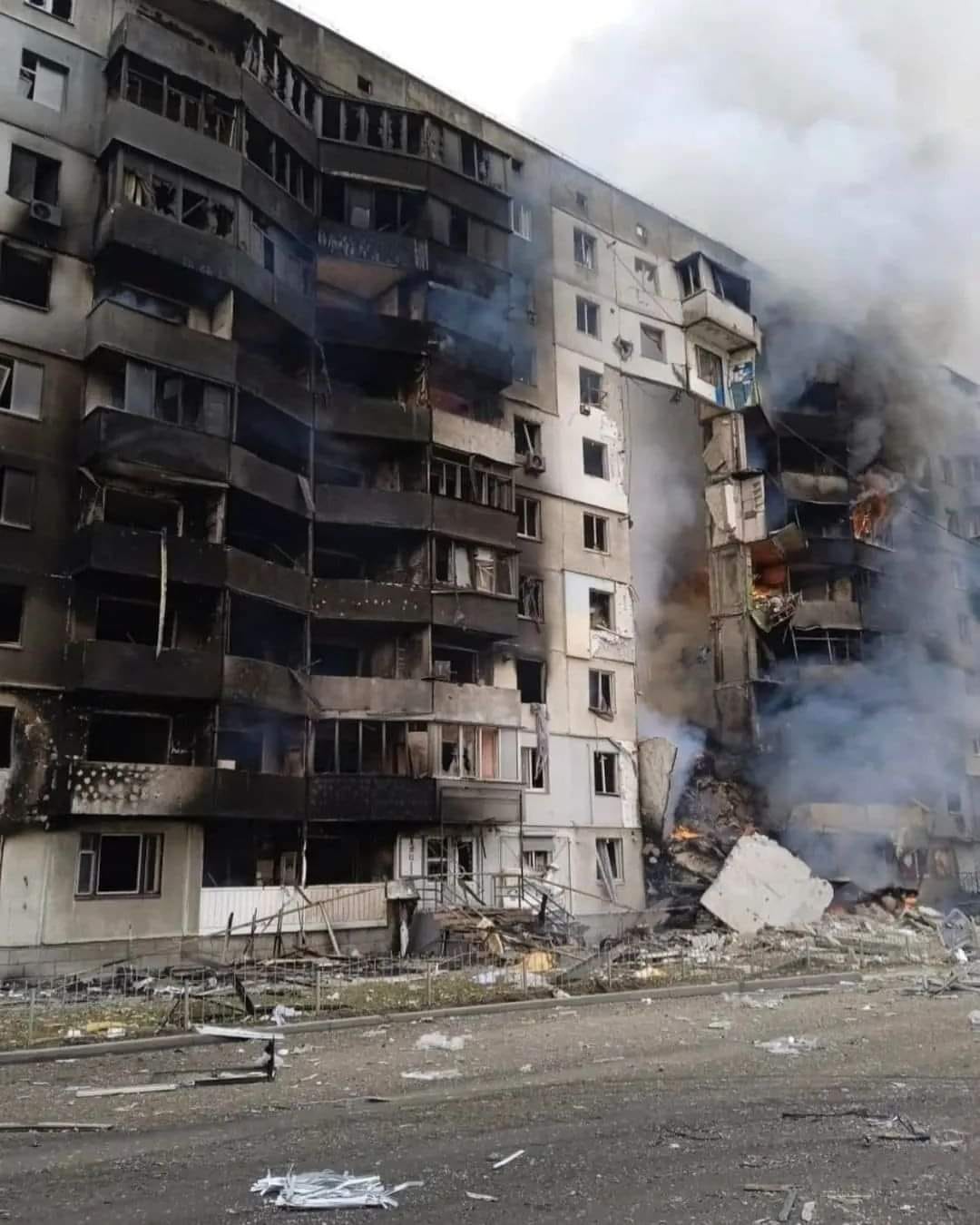 The remains of the building where Marichka’s cousins died in a Russian bombing.

“[The Soviets] did pretty well, you know, to ruin identity, to ruin nationality and to make sure that people are scared of everything,” she said.

Her own awakening began at the age of 16, she said, during a summer camp in Moscow.

She brought a Ukrainian flag with her and displayed it in the front of the tour bus, something she now recognizes was risky.

She also remembers the pride she felt when she received her first Ukrainian passport.

In 2013, she walked through Kyiv’s Maidan Nezalezhnosti each day, passing the protesters in what became known as the Maiden uprising, protesters who were furious that then-president Viktor Yanukovich, under pressure from Russia, had backed away from plans to bring the country into the European Union.

At first, she was reluctant to join in, believing that musicians didn’t have a role in the protest and that many who were performing we’re simply doing it to promote themselves. 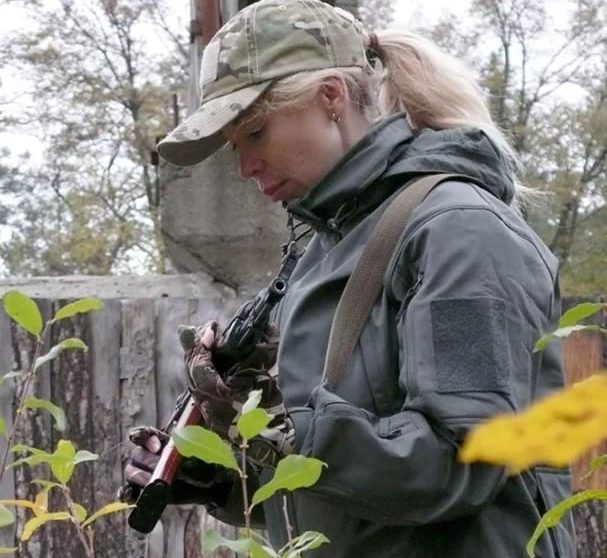 Marichka training to battle Russia after the Revolution of Dignity.

But when three young men were killed in January of 2014, she got up on the revolutionary stage to sing traditional songs for the deceased.

That was the beginning of her involvement, which later extended to building barricades and bringing food and medical supplies to protesters.

It was there that she met Mark, a Ukrainian-Canadian.

When Russia moved in to annex Crimea after the flight of Yanukovich at the end of the revolution, and when Russian-backed separatists took over parts of eastern Ukraine in 2014, Marichka and Mark signed up to fight for Ukraine.

But something happened that changed the course of their lives.

“We came close to Donetsk Airport,” Marichka said. “There was a huge battle there for 240 days … We were literally waiting for the bus to go to take us there, and while we were waiting, we decided to sing a song for the soldiers that were just coming back.  And we sang a very very old traditional song from the east part of the land that I collected as an ethnomusicologist years before. So we were singing.  And the commander just told us, ‘Ok guys. You’re not going. This is my decision. I’m responsible for this. You’re coming back home because you have to keep these traditions alive for the next generation and I don’t want you to be killed here.’”

“Of course, we were crazy upset at the time,” Marichka continued. “But then I realized he first of all saved our lives, and second of all, he was right.  Our weapon is our voices.  Keeping theses 1,000 years of traditional folk songs, this is our main thing in our life to do.  And to share [them] with other people.”