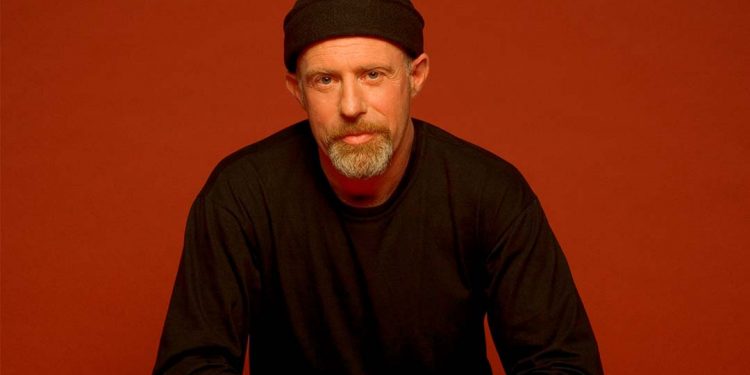 Vancouver’s Rogue Folk Club is back in full-swing in March thanks to a loosening of public health restrictions as the latest wave of COVID-19 caused by the Omicron variant subsides somewhat.

The Rogue continues to offer streaming of its concerts so people can watch them from anywhere in the world.

For more information or for tickets to these shows visit roguefolk.bc.ca or call 604.736-3022.

Còig is one of Atlantic Canada’s most exciting Celtic traditional groups made up of accomplished multi-instrumentalists Chrissy Crowley, Rachel Davis and Darren McMullen. With the fiery Celtic high-energy style as its musical core, Còig easily shifts between century-old tunes of past generations to original and upbeat compositions featuring the band’s range of over a dozen instruments (vocals, fiddles, piano, guitars, banjo, mandolin, viola, bouzouki, whistles, and more). With driving tunes, haunting songs and infectious energy, Còig is an unparalleled music force.

The Cape Breton quartet has earned rave reviews from audiences around the world and an impressive list of credits for their recordings, Rove (2017), Carols (2015) and Five (2014), including a Canadian Folk Music Award, a Juno Award nomination and multiple East Coast Music Awards and Music Nova Scotia Awards.

Vancouver’s premier Brazilian Forro band, Forró do Cana, was founded in 2018 as a passion project dedicated to the dissemination of the music of northeastern Brasil. The music of Forró do Cana blends the sounds of the violin (and sometimes the Brazilian fiddle a.k.a. rabeca) and accordion played by Serena Eades and Steve Charles respectively, with the Brazilian roots of Mario Silva’s seven-string acoustic guitar and Sara Magal’s percussion and all-Portuguese vocals. The incredible percussionist Liam MacDonald is one of Vancouver’s top go-to players of Brazilian music.

While formed as an ensemble that focused on the traditional Brazilian dance music of Forro, the band quickly realized there was a desire to hear other styles, namely the northeastern Carnaval music known as Frevo, which consists of very fast joyful and almost frenetic ska-like rhythms and melodies, naturally accompanied by equally joyful and frenetic, jumpy dancing, often with small colourful umbrellas and costumes. And to stimulate the more complex melodic and rhythmic listener’s ears, the band plays a healthy dose of beautiful Brazilian melodic Chorinho.

Virtuoso Brazilian guitarist, percussionist, multi-instrumentalist and composer Celso Machado transports his audiences through the richness and diversity of Brazilian music and beyond. For 40 years, Celso has been performing on concert stages throughout Brazil, Western Europe, Scandinavia, Canada and the United States. Considered one of the most versatile and exciting musician/composers of Brazilian music today; his guitar technique is but one of his passions; his gift for making music out of anything and everything around us is his mission in life.

In addition to having a solo career, he has shared the stages with some of the world’s great guitarists: Sergio and Odair Assad, Badi Assad, Romero Lubambo, Yamandu Costa, Cristina Azuma, Peter Finger and Solorazaf. He has opened for Gilberto Gil, Bebel Gilberto, Hermeto Pascaul and  Al di Meola, amongst other great musicians.

Gathering together some of the finest classically-trained Persian musicians in Canada, the Vashaan Ensemble draws upon Iran’s rich musical past to perform joyful and memorable Persian traditional songs. The Vashaan Ensemble was formed in 2011 as a project to explore and present forms of Iranian music that have rarely been heard in North America.

Their first collaboration, Shadmaneh, brought lost melodies and unknown musical styles of southeastern Iran to a wide range of listeners in an effort to demonstrate how rich and cheerful Iranian traditional music can be. The ensemble has since formed into a professional yet close-knit group of musicians that continues to explore the broad range of traditional Persian music styles and perform for a wide range of North American audiences.

Qalandar melds traditional Persian music with free improvisation. The group performs traditional pieces as well as contemporary compositions. The music is virtuosic and imbued with fire yet the aesthetic is quite delicate and lyrically moving. Each musician is a master in his own right but holds the ideals of deep personal interpretation and interplay supreme.

Musician Gordon Grdina has performed in many different contexts since graduating from Capilano College with a degree in jazz studies back in 2000. As a member of Dan Mangan’s band as well as the leader of several jazz and world music ensembles (such as Sangha, which also includes fellow Cap grads Hidayat Honari and Neelamjit Dhillon) Gord is used to working in a wide range of formats as a guitarist and oud player.

“Mysticssippi” blues man Harry Manx has been called an essential link between the music of east and west, creating musical short stories that wed the tradition of the blues with the depth of classical Indian ragas. He has created a unique sound that is hard to forget and deliciously addictive to listen to.

Harry forged his distinctive style by studying at the feet of the masters, first as a sound man in the blues clubs of Toronto during his formative years and then under a rigorous tutelage with Vishwa Mohan Bhatt in India. Bhatt is the inventor of the 20-stringed Mohan Veena, which has become Harry’s signature instrument.

Harry played slide guitar for many years before meeting Bhatt in Rajasthan; in fact he had been living in another part of India for many years already, but he started at the beginning under Bhatt’s tutelage, unlearning most of what he knew about playing a slide instrument. He learned eastern scales and eventually ragas, deceptively complex and regimented musical patterns that form the basis of Indian composition. Learning the voicings of Indian music is a subtle art that comes with time. Harry spent most of 12 years in India learning that. It was later on that Harry decided to explore the connection between Indian ragas and blues scales, which eventually led to the Indo-blues hybrid that has become his style.

The Wahs – March 28 at Mel Lehan Hall at St. James

You may not know the Wahs, but you know some of the band members. The Wahs play an exciting, unpredictable and seemingly unlikely combination of originals, fiddle tunes, classic rock anthems and clever pop covers.

For this special trubute to the Beatles’ rooftop concert, they have expanded their ranks to include some equally talented friends from the likes of Van Django, Mad Pudding and the Hazmatics.

This show will be a recreation of the joyous spirit and nervous energy that was evident on Jan. 30, 1969 when John Lennon, Paul McCartney, George Harrison and Ringo Starr played together live in front of an audience for the last time as the Beatles. There is no group more perfect to pull off this ambitious salute to an important historical moment in musical history than the Wahs.

5 Ukrainian-Canadian bands who are building on ...