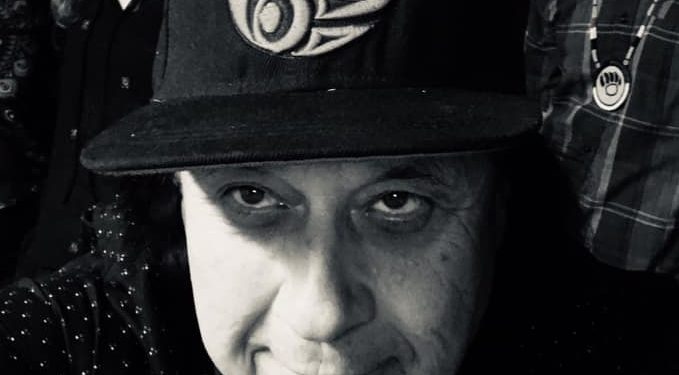 When I first heard that Vince Fontaine had passed away, snatched away at 60 by a sudden heart attack at the beginning of this year, I must confess, I got angry. I went crazy for a minute. I was shouting profanity at the screen, when instantly I regretted the words that were flying out of my mouth. It felt like such a horrible personal affront to this dignified and calm, life-loving presence, which had just been stopped in mid-flight. But it hurts everyone who knew him so much.

His obituary in the Winnipeg Free press noted that “Vince was a much beloved musician, producer, festival curator and mentor, celebrated many times over for his creative direction of multi-award-winning band Eagle & Hawk and his talented collective Indian City. Vince’s career abounded with awards and recognition, and he remains one of Canada’s most important Indigenous composers.”

The article also included this personal profile: ”Vince’s true passion and legacy lay in his ability to build bridges between people from all walks of life through his music and craft. On any given day, Vince could be found at the downtown YMCA playing racket ball with his long-time buddies, having tea in the backyard of Frank and Collette’s, visiting his beloved mother, Nora, eating cinnamon buns with his cousin, Phil, in the studio with his friend, Chris, rehearsing and playing with his musical family or checking in on friends and family throughout the day. Vince believed in, and was committed to, reconciliation.” 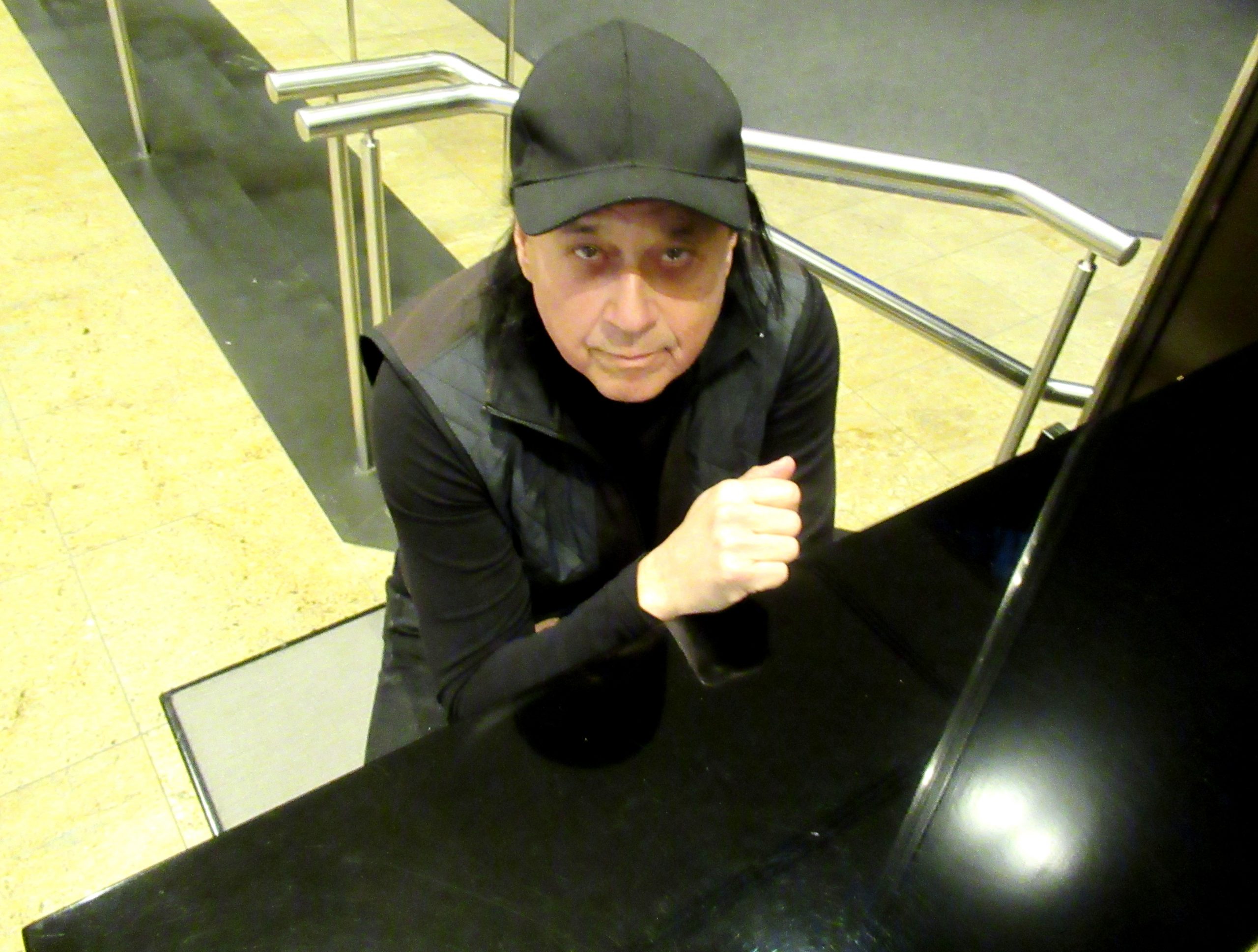 Former member of Indian City, William Prince had this to say about his friend in his Facebook tribute: “Vince Fontaine was a mentor and friend to me unlike any other. Vince saw a bright future for me before I ever did. He told me to stay with the band as long as I wanted and to use it as a platform to grow my own music. ‘It’ll get your name in the newspaper and keep a few bucks in your pocket,’ he said. In other words, use what I’ve made to help further yourself because I know you’re going to achieve incredible things on your own. In the meantime, let’s have some fun.”

”I was struggling and working at the radio station in Peguis,” William continued, “I would drive to Winnipeg to see my son’s mother every day of the week. Vince would often ad gas to get there. I’d send the money back on payday and we’d start the whole cycle over again. He helped preserve my dignity and lifted me out of sadness and defeat more times than I can remember. He was so happy for my success because it meant I could finally stand on my own doing the thing we both loved. For that, I am forever thankful.”

For myself, I was only ever able to spend brief moments talking to Vince in the course of interviews or during encounters at music gatherings, but you only needed a minute to feel that he had accepted you gladly as a friend. When I heard that he was coming to town on a solo junket for Indian City’s inspired new album, Code Red, I was able to connect with him at his hotel, just as masking protocols in Toronto were again being stringently applied. Although he hadn’t yet checked into his room, he was stoked and ready to talk about the record, so we spent about an hour lounging on a lobby couch, his enthusiasm spilling over onto all aspects of music, the people he loved and Indigenous culture, in that confidential, Brooklyn-barber-shop tone of voice he had, soft but specific.

Here he is talking about the genesis of the Code Red album, of which he was very proud. I am so sorry to see him go, but his light remains bright within all of us who knew him.

Code Red in Vince’s own words

”Well to start at the beginning, back in November 2019, I had just flipped hats with releasing a new Eagle & Hawk album, Liberty. That was our first album in about 10 years, and it was so exciting. Then sadly, a few days after the release, our long-time band member, (keyboardist) Gerry Atwell, passed away suddenly. Of course, that really affected the band, and it was the Christmas season, and the next thing you know, it was 2020 and Covid, so the whole Liberty project was stalled out of the gate. It was a great pause for the whole world, right? So, for the next few months, it really stressed things out, especially in Winnipeg, where spring arrives late; things were pretty dark.”

He reflects for a moment.

”I will tell you one of the things that inspired me and gave me support and, I guess, courage to move ahead: I thought of my father. My father was a World War ll veteran. He landed on the beaches of Normandy in 1944, and he was put in an Austrian prison camp. He’s been gone for 25 years now, but back then, with the hardships that came, I imagined that HIS life was paused too. That was my first step. I was still thinking, when will we get playing again, the social media was saying no music for the rest of the year, so we all had no choice but to live what it was we were living and try to be content.”

”Music was really the last thing on my mind, ” he recalled. ” I didn’t feel inspired. Sure you can write about dark feelings, about loneliness and isolation and uncertainty, but I didn’t want to write about that. And plus, it’s very difficult to do that well.” 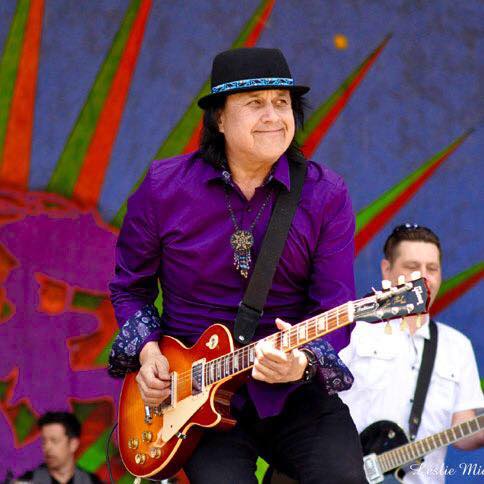 ”Once the summer arrived though, and I like the heat, what I did, I walked a lot outside and in malls to get some exercise, and I also drove around a lot on my own.  And slowly, I started to listen to music again. It was so distracting and inspiring and healing – oldies from the 70s for some reason, and Alt-nation – to see what was going on musically, to see who was putting out what. And that’s how I got to September, which was the beginning of the countdown to the thought of writing again.”

” And I thought, ‘Hey, it’s been three years. How about writing a new album for Indian City?’ And I began to think about themes, titles, and who was going to be involved, because Indian City is a collective of musicians. And then I came up with the title, Code Red. I wanted to make people aware that Indigenous people have been in Code Red for almost 155 years, while the World Climate Association and The World Health Organization are recently also proclaiming new states of emergency.”

”But I’m not one to be completely ongoing critical,” he clarified. ”I wanted to be strategic and challenge the change and be optimistic that there will be a future that’s better for Indigenous people, whether it’s with government participation or regular folks. And I think I’ve seen both.”

”So now I had a frame for an Indian City record, and upfront I’ll say this straight and frank. That word doesn’t bother me one bit. Who signed treaties? Indians. What does my status card say? Indian. And here’s the most pointed one: Who went to Residential Schools? Indian kids. Who did they find in the unmarked graves then? Indian school kids. You know, Indian is an English word that the elders, Ojibway, Mohawk you name it, signed the treaties under. If anyone wants to challenge that, we can have that discussion.” 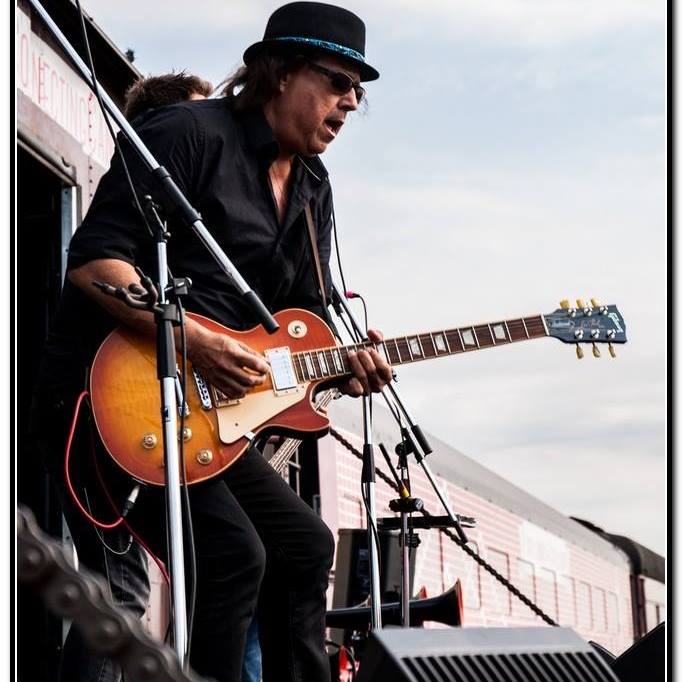 ”The first person I called up was my non-Indigenous, proud Irish friend Chris Burke-Gaffney, my long time collaborator. Then I called the great artist Don Amero. He likes Indian City as a side project to allow him to stretch his vocals in a different way. Jeremy Koz jumped into the band in 2013, and he’s from my First Nations community, from Sagkeeng, and he sings three songs on the record. Indian City lets him realize and mature in his Ojibway roots and culture. Jeremy showed me that my song, “Smile,” is really a pandemic love song. When I was doing all my walking, I could see the beauty of a smile in people’s eyes, and when you see that look there’s something powerful going on. The lyric goes on to say, ”I simply get lost in outer space when you smile. ”

“I guess the album is all about calling people to action, about joining – let’s do something cooler or better about things – and to give them the reminder about the Indigenous foundations and principles, right? There is a lyric in our song, ‘The Path,’ ‘Healed by the sacred jingle dancer.’ Because in my culture, specifically Ojibway, that dancer, that dance is a healing dance. Our message needs to reach mainstream radio, because this music is really fabulous and is really relevant for healing. It speaks volumes to Indigenous people moving ahead in society in all facets.”

“I’ve got to be boastful here; my daughter is going to be an Indigenous psychologist, and my other one, we call her the Scientist, is writing her Masters presently in physics, and my son is a phys-ed teacher. They’re joining into the fabric of the country, and the music is a big part of that movement. But I feel that it is still imprisoned by the lack of opportunities. I still get bothered by that, because I know that I’ve written, and I know that other artists have written fabulous music, but let’s be honest – music is an industry, and how you infiltrate every layer and level is competitive. We are trying to climb up every step as we go along, but sometimes it’s hard to know how the hell that really spins.”

“For instance, Don Amero and I wrote a song called ‘Forgiving,’ and it is entering the Indigenous charts, but it really belongs in the mainstream. It is one of the most complete hits I ever wrote. I don’t even play guitar solos any more, but the guitar solo is killer, and the vocals with Jeremy on backups are something really special. Oh man. It’s saying it all.”

“If there is a signature sound to Indian City, it’s the great female talent – Neewa Mason, Pamela Davis, and on this record, a Metis Cree, Sandra Sutter. I produced her album, Aurora, a few years ago, and she sings the final song, ‘Storyteller.’ It sums up the theme of the whole album: everybody’s life is a story to be told. And then as we were rounding the corner to completion, Indian City did a show for Manitoba’s 150th with Chantal Kreviazuk, and she has roots in her family line that are Indigenous that she said she wants to explore. And we were very proud that she did that song, ‘Wannabe,’ expressing the seven teachings – love, truth, wisdom, humility, respect, honesty and courage. Its pretty heavy. And wouldn’t things be so much cooler if we all could live with those teachings.”

How director Andrew Shaver was recruited into ...