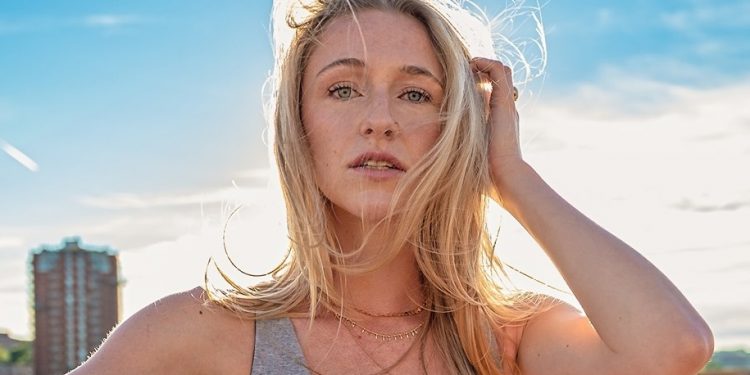 Singer-songwriter Brooklyn Blackmore had no intention of having a singing career. She got into music as a three-year-old in Three Fathom Harbour, NS watching Canadian fiddler Natalie MacMaster on television. She asked for a fiddle for her fourth birthday and has played ever since.

When Brooklyn’s parents walked in on her singing, they pushed her to enter a vocal contest called the Global Country Star Search, she said, which she won in 2016. She received a trip to Nashville and her first invitation to the Canadian Country Music Awards.

“It was a lot for someone who hadn’t planned on singing at all,” Brooklyn said.

Singing is now one of her greatest passions, she said, and it has completely changed her life.

Attending the CCMAs this year, she saw many of her favourite artists live.

“Watching all those country Canadian artists in person was a crazy experience,” she said.

Brooklyn started performing herself while attending the Nova Scotia Community College for Music Arts in Dartmouth. There she was in a Latin band and a songwriter’s ensemble; the program allowed students to put together their bands and book shows for a month straight.

“That was kind of the first time I was really out in front of an audience with singing,” Brooklyn said.

She played smaller audiences with her fiddle when she was younger, but NSCC was the first place she was exposed to a larger audience, she said.

The song was co-produced with Aaron Goodvin and Brent Baxter over Zoom during pandemic restrictions; she couldn’t travel at the time, but they are both located in Nashville.

“I got to watch the band recording the whole session, and then I got to have my input and everything, and later on, I got to locally record my vocals here in Dartmouth, and we did the same thing,” Brooklyn said.

Brent brought the song title to their Zoom session, and the three of them started brainstorming the meaning behind “Missin’ the Moon”.

Taking a day job during the pandemic

“It’s a story of two friends, a girl and a guy, and the guy’s kind of really hung up on a different girl, but his friend who is with him has feelings for him, and she’s kind of saying like, “Hey I have been in front of you this whole time. Why are you hung up on this other girl?” Brooklyn said.

The song is an upbeat, feel-good, catchy tune with beautifully relatable vocals.

The pandemic affected much more than the song’s recording process. It also impacted Brooklyn’s ability to book gigs. She booked no gigs at all for about eight months due to COVID-19, she said.

That prompted her to assist her father with electrical work and apartment renovations.

“I’ve been helping him with jobs a lot since I was a kid, and then when COVID first got really bad, I started working full-time with him since I lost so many gigs. And then I just never really stopped because I really enjoy it,” she said.

Fortunately, the recent flooding on the East Coast hasn’t affected Brooklyn’s music career very much but she did explain that her basement floor was recently flooded and ruined.

A forthcoming single and EP

Looking forward, Brooklyn said she is excited to be working on a new single expected to be released early this year called “Paint the Sky.”

“’Paint the Sky’ is a follow-up single from “Missin’ the Moon” leading up to my second EP, which is very exciting,” she said.

Co-producers of “Paint the Sky” include Aaron, as well as Matt McClure and Doug Folkins. This time, Brooklyn was able to go down to Nashville for one-on-one sessions with her producers, and they recorded four songs in one session, in addition to their preparatory Zoom calls.

Writing “Paint the Sky” was just as exciting over Zoom,” Brooklyn said.

“Watching the bands down in Nashville was one of the coolest things I ever got to do,” she said. “It was such a stacked line-up, and I even had Bob Seger’s guitar player on my track somehow. It was the same band Aaron was using for his EP,” Brooklyn said.

She most recently played a snowy outdoor event at the Evergreen Festival held at Waterfront Warehouse in Halifax.

Her EP will be her next big focus, she said.

“That was one positive thing from COVID I guess, is I made a lot of contacts that I can write with that aren’t necessarily from around here,” she said. “It doesn’t matter because technology is awesome.”

Sultans of String’s new album is another ...