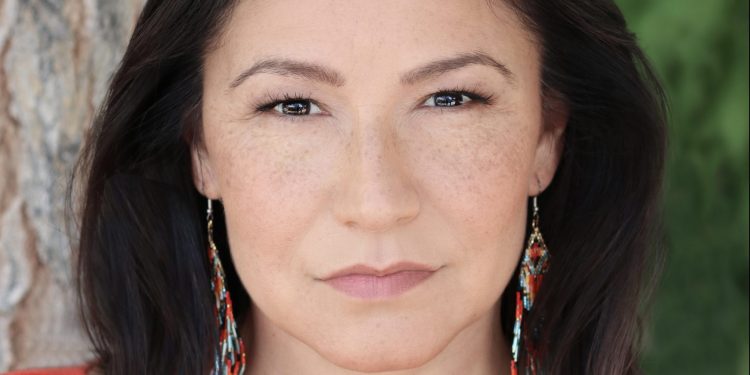 One of our jobs here at Roots Music Canada is to keep on top of all the new music out there so that you don’t have to.

So every now and again, we do a little summary here to let you know what we’ve heard lately that’s really blowing us away, and here’s the latest list.

I encourage you to take 15 minutes to listen to these four songs and see what you think.

Matt Epp and Isaac Murdoch – “Everything That We Need”

The debut project from Juno-winning singer-songwriter Matt Epp and Anishinaabe artist Isaac Murdoch, titled You Were Chosen to Be Here, is pure goodness from beginning to end – raw, authentic, hopeful, and at times breathtakingly beautiful. Particularly gorgeous is this number featuring Nora Kotkas on vocals and Walter Macdonald White Bear on cedar flute.

Juno-winning singer-songwriter Matt discovered Isaac around the time that Issac’s artwork was being used in connection with protests against the Dakota Access Pipeline.  Inspired, Matt reached out to the storyteller and knowledge keeper from Serpent River First Nation, and the two men forged a creative partnership that has resulted in this gorgeous collection. Here’s hoping this is only the beginning of a long and fruitful relationship.

Kaia recently released her first single since her 2018 Polaris Prize-longlisted album, Grenades, and it feels like a natural progression from that album’s title track – at least sonically.  Grenades saw Kaia shedding some of the banjo accompaniment and raw Appalachian sound that marked her breakout album, Nine Pin, and moving in the direction of soulful jazzy folk. “Parallels” is very much a smoky, torchy, late-night-in-a-darkened-lounge sort of number – complete with understated horn section – that sounds to all the world like a wistful break-up song, but Kaia says there’s more to it than that.

“’Parallels’ is about destruction,” she said in a statement. “It’s about ripping out harmful beliefs that have grown and taken root inside many of us like weeds. I wanted to create a sense of sonic chaos—as if anything could happen—because mine and my friends’ experiences in the last few years have been to show up and care for each other amidst the chaos of job loss, financial instability, mental health crises, environmental disasters and more. I would like ‘Parallels’ to be a welcoming for whatever folks feel—be it sadness, rage or whatever else.”

After a year and a half of chaos brought on by you know what, I think we can all feel that right now.

Sierra Noble – “Let Me Out of Here”

A prodigious talent both on and off the stage, Sierra released their debut album of Metis fiddle songs at 14, added “singer-songwriter” to their bio at 17, and didn’t let up with the performing, recording and touring until five years ago, when a lifetime of unresolved traumas worked their way to the surface. After taking some much-needed time to process – and to come out as gender non-conforming – Sierra has released a new song that puts to music some of what they were experiencing. “Let Me Out of Here” is a collaboration with Rusty Matyas of Sheepdogs and Weakerthans fame, whose own contributions are inspired by his journey to sobriety. It’s a mature song that captures the darkness of depression but packages it in beguiling pop production. It’s also a tremendous piece of evidence for anyone who needs it that taking the time to care for yourself properly really does help you come back stronger.

With the arrival of initiatives such as the Indigenous Music Summit and Ishkode Records, it seems like there has also been more talk lately of how to decolonize the music business.  Anishinaabe/Ashkenazi singer-songwriter and actress Tarmara Podemski has embarked on a new musical project that links the industry concept of release dates to Indigenous ceremony – specifically, Full Moon ceremonies, which offer an opportunity for cleansing and renewal, prayer and healing, especially for women, according to Tamara’s team. Tamara always understood that every full moon, she was meant to “let go” of something–emotions, stress, negativity, etc., and at the same time, gather together in gratitude and prayer.  So, Tamara is creating a new kind of ceremony for herself by releasing one song every Full Moon, a ceremony that honours the original teachings and celebrates her own cycle of regeneration, manifestation and collective connection. “Brand New Day” is the first of these releases, a song that honours Residential School survivors and acknowledges the intergenerational trauma caused by colonialism. It is one of 10 songs that Tamara is resurrecting from old demos and releasing fully-produced into the world as part of this project.

Annie Sumi explains ‘solastalgia,’ and why she ...