Four shows to check out at Vancouver’s Rogue Folk Club this month … or online! 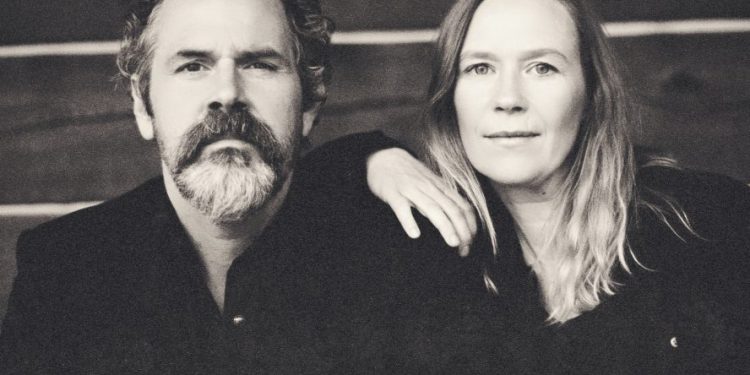 The first post-lockdown concert season presented by Vancouver’s Rogue Folk Club is largely made up of B.C. artists, but it lacks nothing in terms of star power, exciting emerging artists and regional favourites. And nowhere is that more evident than in this month’s concerts.

Two-time Juno-winning old-time duo Pharis and Jason Romero are on the calendar.

All of the concerts will be streamed online at a reduced ticket price for those who aren’t vaxxed, aren’t comfortable gathering in groups or are too far away to be there in person.

Here’s more on what’s coming up this month.

Mark Perry is deeply loved in northern British Columbia for his good-humoured and thought-provoking performances and for emotional and animated tales of sinking ferries, rising rivers, NHL dreams and buying cars for “two cords of wood and 24 beer.” Towns dying, towns being born, small planes going down – this Canadian singer-songwriter draws us in to reflect and to laugh as he pays tribute to real characters and events in rural Canada. Mark has been writing, recording and performing since the mid-1990s when he recorded his first album with Roy Forbes and Shari Ulrich and headed out to tour with Connie Kaldor as her opening act. This month, he is celebrating the release of his latest recording, Northwest, and will be accompanied by Mark Thibeault and Ian Olmstead.

Leonard Cohen’s ‘Tower of Song’ is a metaphor for the inspiration that flows between songwriters, each toiling away on their own, but connected by their shared craft. Moved by this concept, celebrated BC singer-songwriters Oliver Swain and Glenna Garramone collaborated to produce a project that is a dialogue through song and a tribute to the legendary songwriter. Re-imagining both rare and classic works of Cohen, the duo has crafted a sound that resonates with both longtime Cohen fans and a younger audience.

Roots and Grooves sees a veteran dulcimer maverick and a young keyboard ace join forces for an intergenerational smorgasbord of roots, rhythm and groove. What do you get when you combine a famed folkie with a rising star? Seasoned expertise and youthful exuberance? Old school groove with Broadway chops? Rick Scott and Nico Rhodes blur all boundaries. In a word, (well okay – two words) they cook!

Old-time duo Pharis and Jason Romero are the perfect antidote to this sped-up life. They live in the tiny town of Horsefly, BC, where they raise two small kids, make handmade banjos as the J. Romero Banjo Co, and write, play and teach old and new roots music. Some scratchy old records and a custom banjo led to their meeting in 2007, and they quickly knew they were in it for the long haul. They’ve since released six records, toured all over, won three Juno awards and multiple Canadian Folk Music Awards, and performed on NPR’s A Prairie Home Companion and CBC’s The Vinyl Cafe.

Originally a California girl, Shari Ulrich settled on the west coast of Canada in 1970 and soon launched her life in music. A singer-songwriter and multi-instrumentalist (violin, mandolin, piano, guitar, dulcimer, harmonica), she’s been winning hearts across North America with her voice, sublime songs and on-stage charisma ever since. From her time with the legendary Pied Pumkin to the Hometown Band and a solo career, her musical journey has resulted in 25 albums to date, including collaborations with Bill Henderson and Roy Forbes (UHF), Barney Bentall and Tom Taylor (BTU), and more recently The High Bar Gang, a seven-piece bluegrass band with Barney Bentall and Colin Nairne. Along the way, she has garnered two Juno awards and several nominations, an induction into the BC Entertainment Hall of Fame, and a 2014 Canadian Folk Music Award for English Songwriter of the Year.

Jane Mortifee began her solo career after first working as a back-up singer on the Tom Jones, Paul Anka and Rolf Harris TV series. She has been active in theatre, film and television and has been nominated for an Actra Award and three Jessie Awards for her work in John Gray’s Rock and Roll, Don Messer’s Jubilee and Ann Mortifee’s Reflections on Crooked Walking. She has performed in numerous theatrical productions including Cabaret, Jacques Brel is Alive and Well and Living in Paris, Godspell, Jubalay, Starting Here, Starting Now, Side by Side by Sondheim and A Closer Walk with Patsy Cline, among others. She has appeared in episodic television productions of Neon Rider, 21 Jump Street, Danger Bay and Airwolfe, as well as mini-series and feature films including My American Cousin.