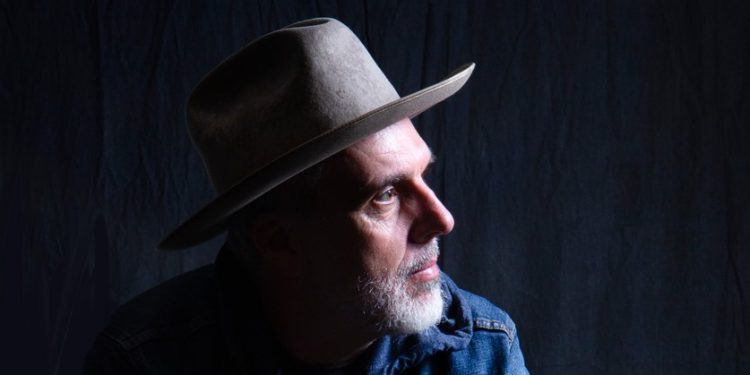 When John Wort Hannam started to write songs for Long Haul, his 8th album and the follow-up to 2018’s Acres of Elbow Room, he didn’t have a particular theme in mind. He began by doing what he has always done: he found a quiet place to sit down with his guitar to search for lyrics and melodies to work with. Locked down in the early days of the pandemic, random ideas began to coalesce into a unified whole and 11 songs later, a solid vision had clearly emerged. With narratives that trace small victories earned through faith, resilience, and humour, the songs on Long Haul reach beyond our current sense of isolation to share a sense of gratitude for what we have, and grief for what we have lost.

We’re thrilled to be premiering the video for the title track to Long Haul here on Roots Music Canada today.

Balancing personal and universal concerns, the songs on Long Haul offer intimate reflections of everyday life and experience – an area that has not always been the source of John’s inspiration.

“I’ve become more comfortable writing about myself than I ever was in the past,” he said. “When I first started writing, I thought there was nothing interesting in my own life, so I relied on my imagination to create songs. Recently, I’ve realized that the things that I go through are meaningful and that I don’t need a crazy, drunken, bound-for-the-jailhouse kind of life to write good songs.”

Long Haul is just that: an album of very good songs. The title track, written to celebrate John’s two-plus decades making music, while balancing touring, marriage and fatherhood, is a reminder that there are no instant solutions in life, and that the race doesn’t always go to the swift. “Hurry Up Kid” is a touching exploration of the ephemeral nature of youth and the relentless passage of time. The sense of loss that tinges many of the tracks finds its clearest expression in “Other Side of the Curve,” which is in many ways the defining song of the album. Written after talking with a friend who was enduring lockdown thousands of miles away from the people she loved, John looked at his own situation and realized how lucky he was to have a close family to isolate with.

John’s long-time fans might be surprised by songs like “Meat Draw” and “Beautiful Mess,” a humorous duet with Shaela Miller that fits comfortably alongside country classics like “Jackson” or “In Spite of Ourselves.”

Those are the types of things I would never have written about when I first started out,” John said. “All of my early songs were serious and somber, but I’ve discovered that it’s actually really rewarding and difficult to write a funny song.”

After settling on the songs, the next challenge was to get them recorded, which was not an easy proposition during a global pandemic. The only option was to create the album remotely. Thankfully, John and his long-time producer, Steve Dawson, had formed a natural chemistry over the pair of records they had previously crafted together, and once they got down to work, the thousands of miles separating Lethbridge from Nashville seemed to disappear.

Long Haul is a reflection on my life up to this point, and for the first time, I think that my songs perfectly encapsulate the truth of where I’m at as an artist and a person. Life is short,” John said. “Time is passing, and I don’t want to spend it wishing that things were any different than they are.”

Engagingly melodic, topical, and enduring, Long Haul is a career-defining work by an artist who has come into his own.