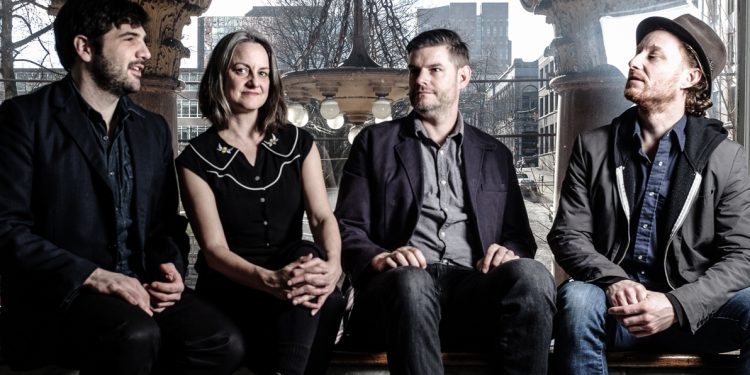 Vancouver’s Rogue Folk Club is launching its first new series of live concerts since it was forced to shut down its activities in March of last ear.

Subject to BC provincial health regulations, we’ll be back in action with a full slate of concerts this fall.  These concerts will be available to stream as well.

See our web site for all the details.

Viper Central can rip it up bluegrass style with sweet n’ crunchy harmonies and tight melodic breaks that’ll make your heart soar, your feet shuffle and your blood curdle! Canadian roots and the traditions of American bluegrass, Métis, country, rockabilly and old-time have influenced their ever-evolving style. The songs reflect the Canadian landscape and experiences, and the result is entirely natural, effortless and delightfully original. Viper Central is an acoustic string-band that takes that high lonesome sound to new places. Over the past four years, they have toured North America and Europe.

At the forefront of a rising wave of new local talent in the bluegrass and old-time music genres, Viper Central has managed to create an original niche in an otherwise traditional style and yet simultaneously appeal to audiences both young and old. Hailing from the Republic of East Vancouver, they approach their music with the sense of creativity and adventure found in the earliest bluegrass and old-time recordings. While all members contribute original songs, the band won’t hesitate to deliver their take on an ages-old mournful waltz or bring the house down with a barn-burning bluegrass standard.

Meg Tennant’s love of song was awakened early. Her childhood home in Sault Ste. Marie, ON, was filled with music.  A subsequent move to B.C. opened a new chapter in her life.  She played in the duo The Lingo Sisters and eventually toured BC in the band August.  In 2001, she released Driving With You, her first album of originals, and in 2007, she followed it up with the collaborative collection, The Sweetest Day, with August.

After she returned to Toronto in 2010, Meg’s sweet vocals and soulful lyrics continued to charm audiences. Her long-awaited second solo CD, Echoed Light, was released in the spring of 2019.  Echoed Light was included in Gordy the Moose’s list of eleven favourite new discoveries of 2019 here on Roots Music Canada.

After 10 years in Toronto, Meg has moved back across the country to the west coast and is currently writing songs for her next album.