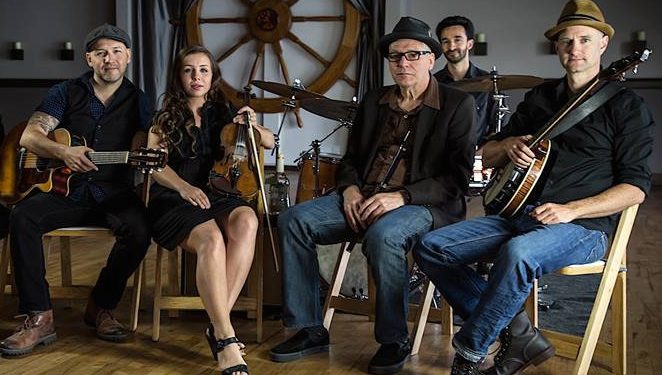 Vancouver’s Rogue Folk Club is launching its first new series of live concerts since it was forced to shut down its activities in March 2020.

Subject to BC provincial health regulations, we’ll be back in action with a full slate of concerts this fall, and you’ll also be able to stream the shows. Check out our web site for all the details.

What better band could there be to re-launch the Rogue than the Celtic / Latin revelry of Vancouver’s Paperboys – who play Sept. 11 at Mel Lehan Hall at St. James Community Square? Actually, Vancouver is only a part of their geography these days, with band members from Victoria, Seattle, Havana and Olympia as well. Their music is cosmopolitan, yet deeply rooted in traditional music from many countries. Think Mexican son jarocho mixed in with Irish jigs and reels and a good dose of country and bluegrass with perhaps a dash of white boy reggae. Call it “Guinness with a tequila chaser while listening to an Americana Jukebox” or “a place where Irish, Mexican and roots music collide.” Of course, this multicultural mix is hardly surprising from a bilingual band, whose founding member is Mexican-Canadian and whose players cover a range of musical backgrounds from bluegrass to funk to traditional Scots and Irish music. “A lot has to do with where we’re from” said lead singer Tom Landa. “Vancouver is a culturally diverse place, which feeds what we do and the music we make.”

Here’s a quote from the band’s website that might put everything into perspective …  “It is singer-songwriter-based but not the coffee house variety. It is definitely folk music, but not in the Kumbaya style. It has a deep respect and appreciation for tradition, but it’s by no means traditional. It rocks incredibly hard and is extremely danceable, but that is not to say it can’t be mellow and slow and beautiful. It can be heart breaking, but also joyous. It is never dark or angst-ridden and always full of hope – but not in the ‘Up With People’ kind of way. It’s not jazz, although we like jazz a lot. It’s not heavy metal or punk or grunge, although we love Rush and AC/DC. It is world roots music. It’s pop music. It is GOOD music. It has a tendency to connect people and means a lot to many folks the world over, and for that we are very grateful. It is the only multi-cultural, multi-ethnic, multi-generational, multi-lingual, multi-instrumental, genre bending, co-ed band you will hear today!!”

Deciding to be what you’ve always been: ...