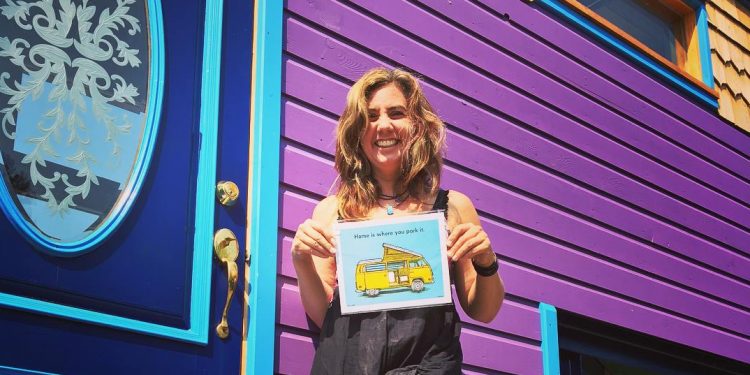 They are struggles that many artists are familiar with:  How do you find a home that is conducive to creative work at a price a musician can afford? How do you plan financially for old age when you can barely drum up enough cash to repair your touring van?

For Cara Luft, who finds it difficult to write music while living with roommates, the answer appeared to lay in tiny houses.

“I was looking at my finances and [thinking] I could potentially maybe buy a place,” she said, “but in order to afford it, I would need tenants or housemates, and … I don’t want to have to negotiate space and time with other people. So I delved into the whole tiny house movement.”

Tiny houses can be custom built to meet your every need. You can build them much more cheaply than regular homes, and, since many of them are built on trailers, you can move them around the country with you – at least in theory.  What’s not to love?

But tiny houses are also a relatively new phenomenon, and there’s a steep learning curve ahead for those who want to build them.

Cara, who won a Juno as a founding member of the Wailin’ Jennys and earned a second Juno nod with her highly-regarded duo the Small Glories, said she might make different choices if she had it all to do over again.

“It would actually be really beneficial if I had bought the land, and then built the tiny house,” she said. “But I thought, ‘Oh, it’s on wheels. I can move it’ … I don’t know if that was the wisest decision.”

Without that land, she said, it’s hard to gauge what the house is really worth. 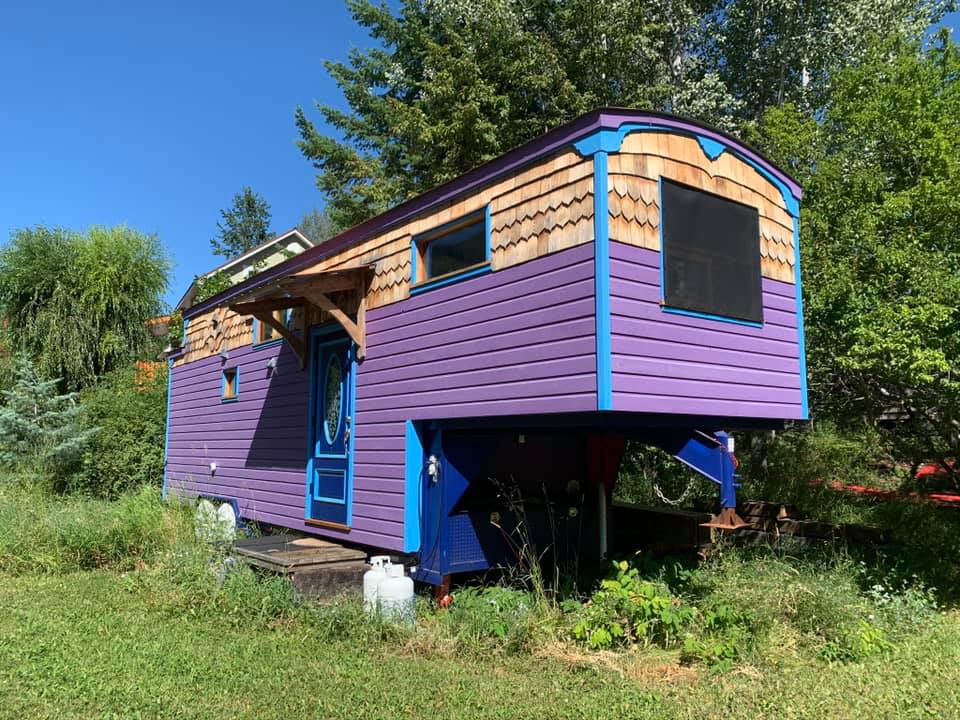 Also, while it’s true that you can move tiny houses, you can’t exactly tow them behind a Subaru.  You need at least a one-ton truck, like a Ford F-350, and that gets really expensive really fast.

Cara’s house presently lives on a campsite in the B.C. interior, near its builder. But Cara lives in Winnipeg; she needs to be there for her work with the Small Glories, so she has never actually lived in her own house yet.

“It will cost a lot of money to move it because of the fuel, and just if I have to hire somebody, or I need to rent a truck,” she said. “Let’s say I had $30,000 set aside for buying a piece of land. That’s going to eat up a big chunk of it to move it here.”

Cara’s tiny home is a work of art that very much reflects her personality.  Its exterior walls are a combination of purple wooden siding and natural wood shakes in a variety of shapes.  One full wall is virtually covered in windows. Everything from the floor to the kitchen fixtures is solid wood.  There is a small, freestanding tub in the bathroom, and a raised lounge area on top of the trailer’s goose neck.  It’s not hard to picture her laying back on the built-in sectional strumming her guitar.

And the story of how the house eventually came to be is as quirky as its funky blue door.

“We were doing a concert north of Kaslo on the other side of Kootenay Lake,” Cara said. “And Judy mentioned from the stage something like, ‘Oh, Cara really wants to build a tiny house.’ And at the end of the concert, this guy came up to me who looked like an elf from Lord of the Rings – and I’m not kidding, like a young Gandalf minus the beard – and he was all wearing kind of elfin fairy clothing and barefoot, long flowy silver hair. And he said … ‘My name is Sylvan, and I’m your tiny house builder.’” 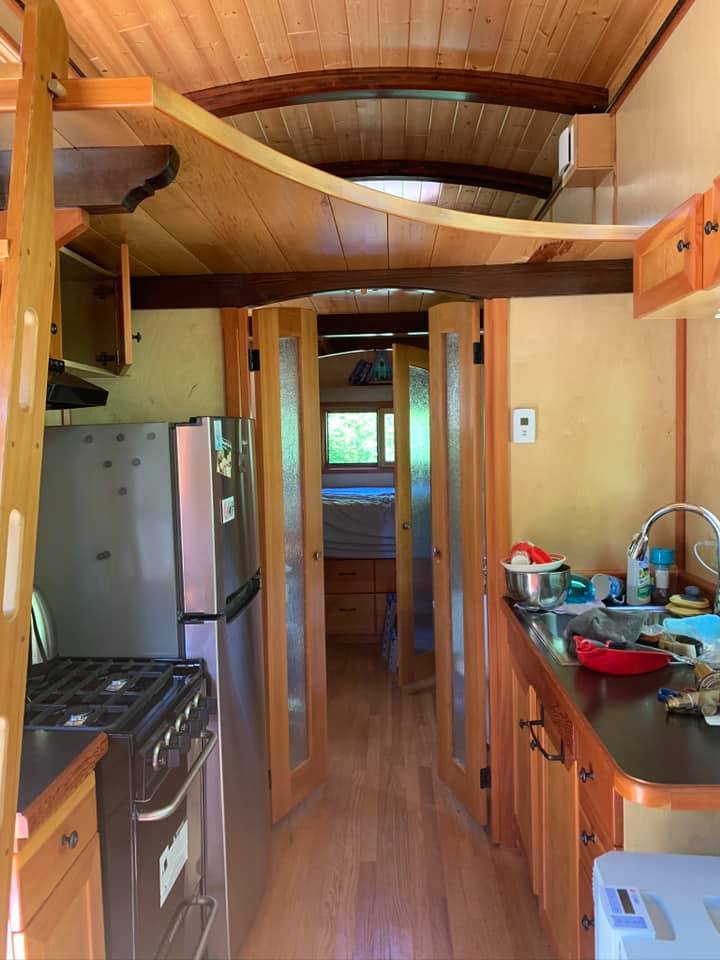 Cara was extremely skeptical, she said, but she was won over by his portfolio, his reputation among those who knew him, and ultimately, by his price:  around half of what a lot of tiny home builders would charge for a similar structure and about the price Cara could afford to pay.

Sylvan is a master carpenter, and there is no question that Cara’s home is a monument to quality workmanship.

But there are also downsides to working with someone who is not in the business of building homes.  Cara was left hiring contractors to finish the parts of the house that Sylvan couldn’t: the plumbing, the gas lines, the wiring.

She also discovered that some aspects of wood construction, such as window frames, are more labour intensive to maintain than those made of vinyl. And Cara even discovered she has environmental allergies to some of the components of her house.

Five years after building it and two-and-half years after getting it to the point of being livable, Cara still hasn’t moved in to her home. And she’s on the fence about where to go next.  Should she buy land and move it to Winnipeg?  Should she rent it out for income?

“I’m at the position where I’m like, ‘Okay, do I sell it?’ Which makes my heart ache because I feel like I envisioned this, I dreamt it, I made it happen,” she said. “It’s a reality, but I haven’t been able to really fully embrace it and use it.”