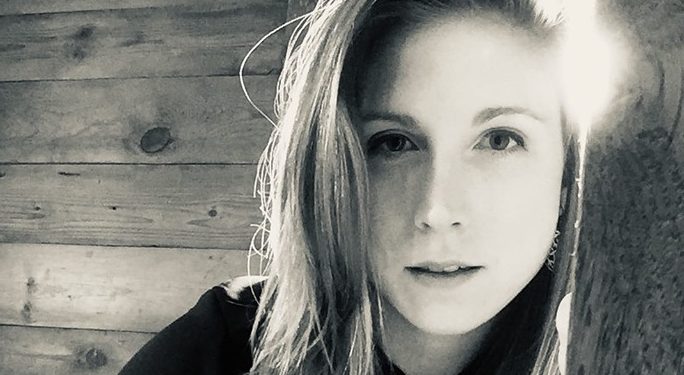 It’s coming up on a decade since Ariana Gillis won the Canadian Folk Music Award for Young Performer of the Year, and she’s certainly delivered on the potential that the jurors of that award saw in her.

An impromptu showcase for veteran music critic Dave Marsh in a stairwell at a music conference in Memphis a few years back led to some airplay on his radio show on SiriusXM, which caught the attention of long-time Elton John collaborator Bernie Taupin, and that, in turn, led Ariana to renowned singer-songwriter, guitarist and record producer Buddy Miller – who’s known for his work with Emmylou Harris and Steve Earle, among others.

And that brings us to today! Specifically, it bring us to Ariana’s new album, The Maze, produced by Buddy in his studio in Nashville. It comes out on Friday, but we’re thrilled to premiere one of the songs from the album today.

And wow, what an album it is!

It turns out Buddy’s taste for atmospheric and evocative country-tinged arrangements and emotion-laden guitar sounds is the perfect match for Ariana’s edgy pop voice and her equally emotion-filled performance, and the big drums pull those two parts together into one heck of a cohesive package.

And I haven’t even mentioned Ariana’s songwriting yet, which displays a maturity that belies her physical age of not-yet-30. It’s not that she’s writing about things she shouldn’t have experienced yet. It’s just that she understands human beings and their emotional complexity better than some people ever will – and she can put it into words in a way few ever do.

Stand-out tracks include “Jeremy Woodstock,” about a man who has his heart physically removed to stop him from feeling emotional pain, and “Lost with You,” about not being ready to accept the end of a relationship.

A huge range of instruments – from gauzy accordion to sprightly banjo, melancholic pedal steel, fuzzy guitar and even blistering sax – make momentary appearances to add to the mood of specific numbers.

We’re excited to be premiering the lead-off track from the album, “Dirt Gets Dirty” here on Roots Music Canada today. It’s an uptempo, percussive number about fighting oppression, and we’re loving it.