Chris Antonik and Ashley Belmer take Northwood on the road 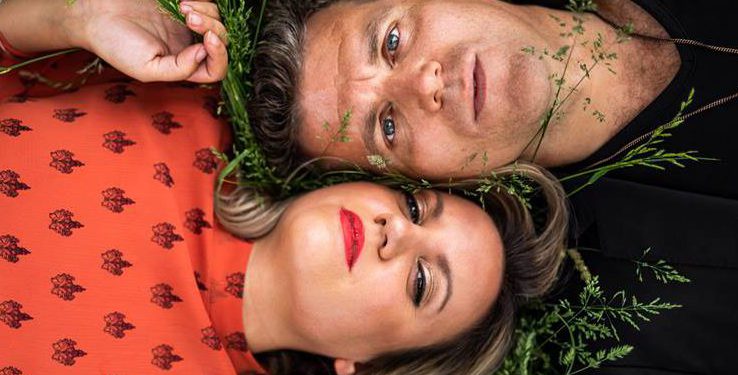 After three successful albums and tours across North America and the UK, acclaimed guitarist, singer, songwriter, and producer Chris has paired up with soulful vocalist Ashley to embark on an acoustic journey that will go back to the musical basics, and present Chris’ music in new and simplified ways, with a larger focus on vocals and acoustic guitar. The Northwood tour, named after the place where Chris and Ashley first met, will travel throughout eastern Canada and include stops in New Brunswick, Nova Scotia, Prince Edward Island, Newfoundland and Labrador, Quebec, and Ontario.

In Northwood, Chris’ catalogue will be stripped down, with a focus on strong vocal harmonies and acoustic guitar stylings, alongside the powerful harmonies and vocals of Ashley.  While Chris’ electric, full-band approach, which continues to run in parallel with this project, has been wowing audiences and music critics for the last several years, the Northwood tour provides an opportunity to slow down, look deeper into these intricate and personal songs, deconstruct them, focus on the themes within, and re-tell their stories with a new look on life.

Toronto-based Chris was nominated for Best New Artist in 2011 at Canada’s Maple Blues Awards after the release of his debut album, and he’s since become one of Canada’s fastest-rising blues artists. Blending innovative and thoughtful songwriting with stunning blues guitar work, he’s drawn comparisons to Eric Clapton.

Chris has performed at major blues festivals across the US, Canada, and the UK and has toured these regions extensively.  In 2017, Chris released his third studio record, Monarch, which was nominated for Recording of the Year (while Chris was nominated as producer) at the 2018 Maple Blues Awards.  Chris was also nominated for Songwriter of the Year at those awards.  In 2018, Chris undertook his second successful UK Tour, which included a sold-out appearance at the O2 Academy in Sheffield.  Chris also recently performed with Buddy Guy (for the second time) at his club in Chicago while on a US tour.

Queen’s University theatre graduate Ashley has been working as a singer and actor in both Montreal and Toronto for over a decade.  With a focus on harmonization, Ashley has been a member of the Lyric Theatre Singers and the Montreal Jubilation Choir and is currently a member and soloist for Newchoir Toronto. Ashley has also been in several theatre productions in Montreal, including a musical production which was part of the Montreal Fringe Festival, and a unique representation of Robin Hood, which was performed at Centaur Theatre and Mainline Theatre.