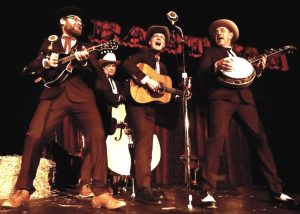 Presented with the Pacific Bluegrass & Old-Time Society. The Lonesome Town Painters celebrate the release of their third album ‘Go Out & Paint the Town’. The Lonesome Town Painters are a hard-driving traditional bluegrass quartet hailing from Vancouver, British Columbia. In the seven years since they met in a late-night jam session, they’ve established themselves as one of the top bluegrass acts in the Pacific Northwest and Western Canada, entertaining a growing audience of fans at numerous festivals, concert halls, bars and clubs. Their previous two albums received rave reviews from international bluegrass publications, and now with their third release, “Go Out & Paint the Town”, they've really upped the ante. With fourteen strikingly original numbers and one traditional standard, enlisting award-winning studio technicians John Raham and Andrew Collins as well as renowned fiddle player Isaac Callender, this release establishes The Lonesome Town Painters as an integral part of today’s bluegrass landscape. Concert is live ($24) and live streamed ($10). 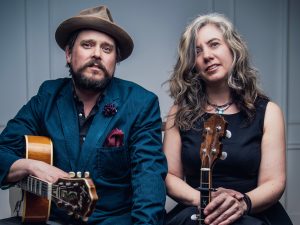