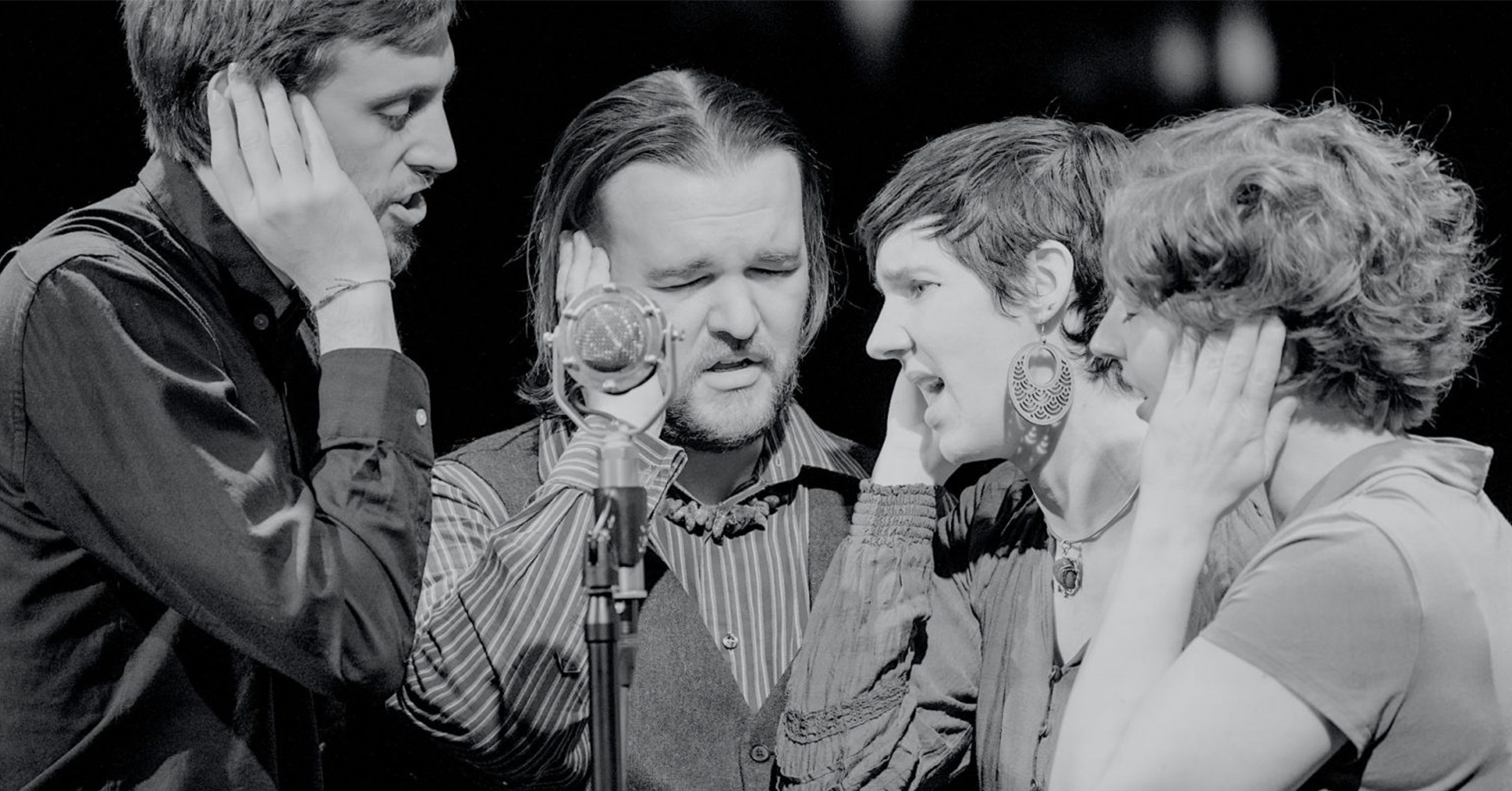 “The most exciting vocal group in a generation,” Windborne’s captivating show draws on the singers’ deep roots in traditions of vocal harmony,

“The most exciting vocal group in a generation,” Windborne’s captivating show draws on the singers’ deep roots in traditions of vocal harmony, while the absolute uniqueness of their artistic approach brings old songs into the present. Known for the innovation of their arrangements, their harmonies are bold and anything but predictable.

With a 20-year background studying polyphonic music around the world, Lauren Breunig, Jeremy Carter-Gordon, Lynn Rowan, and Will Rowan share a vibrant energy onstage with a blending of voices that can only come from decades of friendship alongside dedicated practice.

BBC Traveling Folk describes Windborne as “subverting expectations and redefining the genre [of vocal music]… just absolutely phenomenal!” Audiences and critics lavish praise upon the singers not only for their technical mastery, but for the passion, engagement, and connection with each other and the audience that imbues each performance with a rare power.

But there’s another, crucial dimension to Windborne that guides and roots their artistry. They are adherents to folk music’s longtime alliance with social activism, labor and civil rights, and other movements that champion the oppressed, the poor, and the disenfranchised.

The group was unexpectedly propelled into the limelight when a video of them singing Song of the Lower Classes, (originally from the 1840s in England) outside Trump Tower went viral in 2017, prompting their shift into touring full time.

The group is committed to bringing vocal traditions to a younger audience and over the past year has found surprisingly viral success on TikTok for such unlikely genres as Corsican polyphony or early 20th century labor anthems.