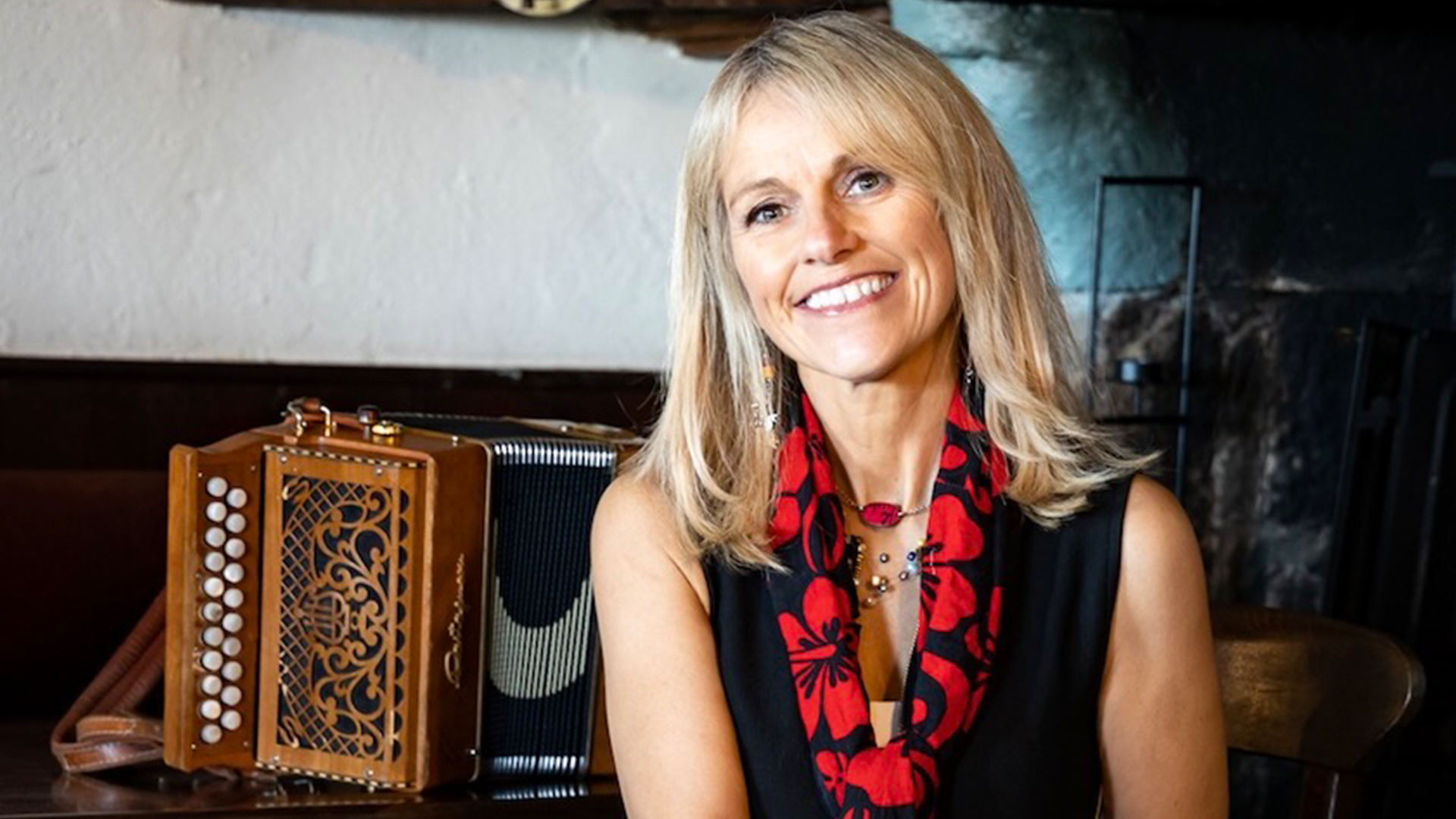 Sharon Shannon is a musician who continues to surprise. While she is known for her arrangements of traditional Irish tunes and Irish influenced compositions, she has always been eager to explore new styles, and to meet and work with other musicians. The accordionist from Ireland has achieved legendary status throughout the world and has made the much-maligned accordion ‘cool’ in her home country. Renowned for her collaborations, not just in Irish traditional music, but through all music genres, Hip Hop, Cajun, Country, Classical and Rap. Sharon has recorded and toured with a who’s who of the Irish and Global Music Industry, including The Waterboys, John Prine, Steve Earle, Jackson Browne, The RTÉ Concert Orchestra, The Chieftains, Shane McGowan, Willie Nelson, Nigel Kennedy, Kirsty MacColl, Bono, Adam Clayton, Sinéad O’Connor, Imelda May and- a list that is testament to Sharon’s versatility as well as talent. While crossing-over into many genres of music, Sharon’s style is uniquely traditional Irish and she has been hugely influential in promoting Irish music not only in her own country but in the USA where she has collaborated with John Prine and Steve Earle/ Canada with Natalie McMaster/ Japan with the Kodo Drummers/ Malawi with Umoza Children of Mzuzu and most recently recording and touring with Seckou Keita, Kora and percussion master from Senegal. A prolific composer, Sharon continues to defy genres and her 10 studio albums are testament to a fearless adventuring spirit when it comes to making music. In 2018 she recorded a traditional Irish music album with Irish rugby star Robbie Henshaw and the Henshaw family and friends. Her last studio album was Sacred Earth 2017 and has released a double live album Live in Minneapolis in early 2019. November 2019 saw Sharon release 30 new and previously unreleased tracks celebrating 30 years in the industry. The tracks were released over a 12 month period. The first 16 tracks are called ‘The Winkles Tapes 1989’, recorded at Winkles Hotel Kinvara, featuring Donal Lunny, Gerry O’Beirne, Mike Scott, Adam Clayton, Mary Shannon and Eoin O’Neill.