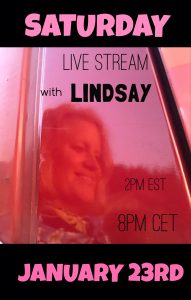 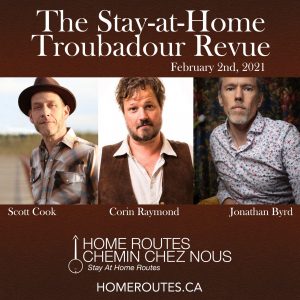 Live from Edmonton, AB, Hamilton, ON and Teer, North Carolina – Three great songwriters who’ve worked and played extensively together as co-writers, fellow travellers and when-not-at-home troubadours perform songs they’ve written with each other, for each other, and on each other (you shoulda been there for that). Join Jonathan Byrd, Scott Cook and Corin Raymond in the round as they share fan favourites, swap stories and road-test unheard new material without a road in sight.