Shannon Linton is a Canadian singer-songwriter, classically trained vocalist, and climate activist. After narrowly avoiding a career in opera, she began performing and recording her own songs, first with Northern Hearts (2019 CBC Searchlight Top 100) and now as a solo artist. Shannon’s debut EP, In Spite of Everything, will be released May 30. She has invited a dream team – multi-instrumentalist Saskia Tomkins and the velvet-voiced Whitney O’Hearn – to join her for a series of shows across southern Ontario to celebrate the release. You can listen to Shannon’s music at https://shannonlinton.bandcamp.com/ or wherever you stream music and follow her on Instagram or Facebook @shannonlintonmusic. 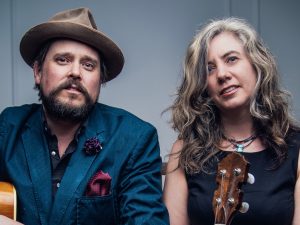