Livestock From The Bullring: Hannah Georgas 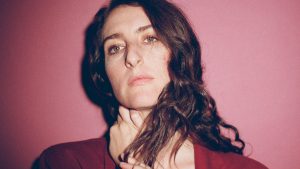 A presentation of the Central Student Association. Live streaming from The Bullring at the University of Guelph. Acclaimed indie-pop-singer-songwriter Hannah Georgas crafts textured pop songs with lyrics about heartbreak and change, coupled with incredibly catchy hooks. Hannah has released four albums to date and has received wide acclaim in outlets including The New York Times, The Guardian and NPR Music. She has been nominated for The Juno Music Awards several times ranging from Best New Artist to Songwriter of The Year and has also been long listed for The Polaris Music Prize three times. 2019 culminated with her on tour with one of her favourite bands The National on their I Am Easy to Find cycle performing opening slots of her own music as well as joining the band singing back ups. In September of 2020, Hannah released her latest LP- the Aaron Dessner- produced All That Emotion on Dessner's label Brassland and Toronto indie stalwart Arts and Crafts. The album was the best received entry in her career to date. Event supported by the Undergraduate Entertainment Media Fee.