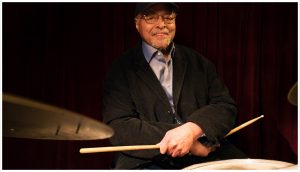 Tuesday, March 10, 2020 | 8:30PM Yamaha Presents: Jimmy Cobb * Postponed Advance $65 / Door $70 * Featuring Jimmy Cobb – drums Special Guest Javon Jackson – saxophone Mark Eisenman – piano Pat Collins – bass We are saddened to announce that we have just received unfortunate news from Jimmy Cobb. “Regrettably due to a recent medical issue, I will not be able to perform at Hugh’s Room Live on Wednesday March 10, 2020. This comes with a great disappointment. I look forward to performing in Toronto in the future, and I thank you for your understanding.” – Jimmy Cobb “The entire team of Hugh’s Room Live is saddened by the need to cancel Jimmy Cobb’s performance for Drum Week. We, however, wish Jimmy all the best in his recovery and hope we can look forward to his performance on our stage in the future.“ – Mary Stewart. General Manager For those who had purchased tickets for Jimmy Cobb’s concert on March 10, please call our box office at 416.533.5483 for a full refund until a future date can be announced. Born on January 20, 1929 in Washington D.C., Cobb came up working on the nation’s capital jazz scene in the early ‘50s with artists that include tenor saxophonist Buck Hill and Pearl Bailey before going on the road for the first time, at age 21, with popular saxophonist Earl Bostic’s group, where he met pianist Wynton Kelly, bassist Keter Betts and jazz diva Dinah Washington. Cobb would later tour with Washington before moving to New York in the mid ‘50s, and taking up residence in a Harlem building whose tenants also included Dizzy Gillespie and Errol Garner. By 1957, Cobb joined Cannonball Adderley’s band, appearing on Sophisticated Swing that year. It was Adderley who introduced Cobb to Miles, and by the end of 1957 the drummer replaced Philly Joe Jones in the Miles Davis sextet, remaining in the band through 1963 while appearing on Porgy & Bess, Sketches of Spain, the historic Kind of Blue, Live at Carnegie Hall, Live at the Blackhawk and Someday My Prince Will Come. Cobb was one third of the Wynton Kelly Trio from 1963 to 1968 alongside bassist Paul Chambers and also worked with guitar great Wes Montgomery from 1962 to 1965. In 1983, Cobb led an all-star session on the independent Contempo Vibrato label called So Nobody Else Can Hear. Produced by his wife Eleana Tee. It featured trumpeter Freddie Hubbard, saxophonists Pee Wee Ellis, bassist Walter Booker, and tap dancer-singer Gregory Hines, with spoken word introduction by Bill Cosby. In 1998, the drummer released Cobb’s Mob, which featured guitarist Peter Bernstein, pianist Richard Wyands and bassist John Webber. That same crew returned in 2003 with Cobb’s Groove. In 2006, Cobb was feted as part of the Marsalis Music Honors Series with a self-titled release produced by Branford Marsalis and featuring pianist Ellis Marsalis. He followed with 2007’s Cobb’s Corner, 2009’s Jazz in the Key of Blue and 2014’s The Original Mob with Bernstein, Webber and pianist Brad Mehldau. Since 2002, Cobb has been a member of the all-star group Four Generations of Miles, which has included bassists Ron Carter and Buster Williams, saxophonists George Coleman and Sonny Fortune and guitarist Mike Stern. A recipient of the NEA Jazz Master Award in 2009, Cobb spent a great deal of that year touring with his So What Band (trumpeter Wallace Roney, alto saxophonist Vincent Herring, tenor saxophonist Javon Jackson, pianist Larry Willis and Buster Williams on bass) to commemorate the 50th anniversary of the Miles Davis masterpiece Kind of Blue. He remains the sole surviving member of the group that produced the timeless classic Kind of Blue, the most acclaimed and best-selling jazz album of all-time. * Advertised pricing excludes taxes, ticketing and sustainability fees. * Ticket Price: $65.00 * Service Fee: $4.00 * Sustainability Fee: $5.00 * HST: $9.62 * Total Ticket Price: $83.62