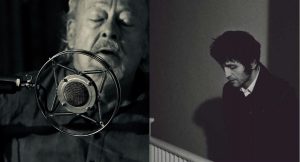 Thursday, February 20, 2020 David Essig with Jerry Leger Advance $20 / Door $25 Doors: 6:00pm Performance: 8:30pm David Essig I was born in Frederick, Maryland in 1945 and spent the early part of my life in the Washington, DC area where I became immersed in two intense musical traditions: bluegrass and country blues. I had the good fortune to work at the Arlington Music Company where I learned to play the guitar and mandolin from John Duffey, founding member of the Country Gentlemen and the Seldom Scene. While I was absorbing the high, lonesome sound of bluegrass, I was also blessed to meet and learn from two of the masters of the Delta Blues tradition: Mississippi John Hurt and Neamiah Skip James. Well-grounded in those roots, I came to Canada in 1971 and have been here ever since – living for the past 28 years on the Gulf Islands in British Columbia. The most important lessons I learned from my musical mentors were, first, to be true to your own vision and second, to create your own music that extends the boundaries of tradition.  When I arrived in Canada, I had the extreme good fortune of being taken into a group of young folk artists in Ontario who were growing and evolving the folk music process, primarily through the songs they were writing. With the encouragement of new musical friends like Willie P. Bennett, David Bradstreet, Doug McArthur and Stan Rogers, I started to write my own songs, creating a landscape of the imagination, set mostly in rural Canada and populated by characters inspired by my new life in the Almaguin Highlands of Ontario. I began to perform in the coffeehouses and folk clubs across the country and was fortunate to be part of the emerging Canadian folk festival scene in mid-70’s, appearing at festivals including Mariposa, Winnipeg, Edmonton, London, and many more. I have performed at every major folk festival in Canada and continue to do so. Now, in 2018, I have experienced the most wonderful realization that I am presently about the same age as many of the musical mentors I learned from back in the 60’s and 70’s. Our musical traditions continue to evolve  and I am very pleased to be part of that process. website: http://davidessig.com/cms/ video: https://www.youtube.com/watch?v=AS2FiOMprQc  Jerry Leger Time Out For Tomorrow continues Jerry Leger’s run of consistently high output and displays the finely honed artistic vision that has been evident since 2005 when, at age 19, he released the first of nine studio albums, along with three more with his side projects The Del-Fi’s and The Bop-Fi’s. It’s added up to a body of work that was recently celebrated with the European-only compilation Too Broke To Die, aimed at Leger’s growing fan base in Britain and the EU. Most of those listeners didn’t discover Leger until his 2014 album Early Riser, his first with Michael Timmins of Cowboy Junkies handling production duties, as well as the first to be released on the Junkies’ label, Latent Recordings. The combination of Timmins’ capture-the-moment production aesthetic and the Rolling Thunder-esque chemistry of Leger’s longtime band The Situation (plus a few special guests) now appears unbeatable. And although Time Out For Tomorrow may not be as expansive as Leger’s previous Timmins-produced effort, the acclaimed (Polaris considered) 2017 double album Nonsense And Heartache, its more concentrated dose of everything Leger does best is just as potent. Songwriters such as Ron Sexsmith, Doug Paisley and outlets such as Rolling Stone, PopMatters and the Toronto Star have sung Leger’s praises. He’s also shared stages with Sexsmith, Paisley, Jim Cuddy, The Sadies, Justin Townes Earle, the late Jesse Winchester, Tift Merritt, Dawes, labelmates Skydiggers and others. website: https://jerryleger.com/ video: https://www.youtube.com/watch?time_continue=2&v=7isuhzkF5Gc *Advertised pricing excludes taxes and ticketing fees.