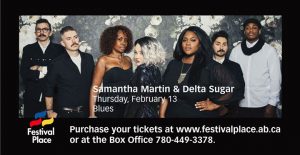 Samantha Martin & Delta Sugar return to the Festival Place stage with steam rolling momentum to deliver their signature high-energy "soul revue" show. While Martin is a powerhouse unto herself, it's the soul-melting harmonies achieved with her co-vocalists that produce the energy and pure neuron-tingling magic that has delighted audiences around the world. The group have already racked up several Maple Blues Award nominations for "Album of the Year", "Songwriter of the Year" and "Vocalist of the Year" and were nominated for "Blues Album of the Year" at the 2019 JUNO Awards. Sale Dates and Times: Public Onsale : Thu, 25 Jul 2019 at 10:00 AM 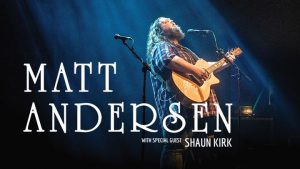 A powerhouse performer with a giant, soul-filled voice and commanding stage presence, Matt Andersen has built a formidable following the old-fashioned way: touring worldwide and letting his stunned audiences and new devotees spread the good word of his righteous tunes all over. And the world has indeed woken up and discovered him, helping him amass over 18 million views on YouTube. In addition to headlining major festivals, clubs and theatres throughout North America, Europe and Australia, he has shared the stage and toured with Bo Diddley, Buddy Guy, Greg Allman, Tedeschi Trucks Band, Randy Bachman, Little Feat, Jonny Lang, Serena Ryder, and more. Andersen nabbed the 2013 and 2016 European Blues Award for Best Solo/Acoustic Act, three Maple Blues Awards in 2012, and was the first ever Canadian to take home top honours in the solo/duo category at the 2010 International Blues Challenge in Memphis. Since the release of Weightless in early 2014, Andersen has received a JUNO nomination for Roots & Traditional Album of the Year, a CIMA Road Gold award, and six Maple Blues Awards for Male Vocalist of the Year. www.stubbyfingers.ca facebook.com/mattandersenofficial instagram.com/mattandersenmusic https://www.youtube.com/watch?v=tkN6BMzod5E Hailing from the music filled streets of Melbourne, Australia; award winning blues/soul troubadour Shaun Kirk is a born entertainer who’s world class live show is pushing the boundaries and taking audiences by storm. Kirk’s gritty vocal abilities come from a place beyond his years and has seen him labelled as “one of the finest blues voices Australia has ever heard” (Buzz Mag); whilst his vintage guitar tones and raw grooves pay homage to his influences of both yesteryear and today to create a sound of his own. Following a huge 2018 which saw the release of two brand new singles ‘Howlin at the Moon’ and ‘Save My Soul’, some 20 sold out shows across Australia & New Zealand, and the fourth appearance of his career at the world famous Bluesfest, Byron Bay; Shaun’s long awaited and highly anticipated self titled EP is out now! musicglue.com/shaunkirk/ facebook.com/shaunkirkmusic/ instagram.com/shaunkirkmusic/ https://www.youtube.com/watch?v=j8tZLy6aNxU **** ? Follow us on Instagram: @tidemarktheatre ? Like the Tidemark Theatre page: https://www.facebook.com/tidemarktheatre/ ? Check out our Event Listings: http://tidemarktheatre.com/events/ ? Check out our upcoming events: https://www.facebook.com/pg/tidemarktheatre/events/?ref=page_internal ? Subscribe to our newsletter: http://tidemarktheatre.us8.list-manage.com/subscribe?u=6a32fa3de7230705d135ed5e0&id=419dff6c1f 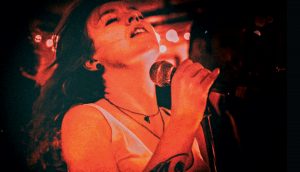 Thursday, February 13, 2020 Red Zeppelin Advance $25 / Door $30 Doors: 6:00pm Performance: 8:30pm “You need coolin’, and baby… we’re not foolin!”   Red Zeppelin are BACK to rock the house at Hugh’s Room Live, humans. The day before that of Saint Valentine is indeed the Celebration Day for those who want to show All Of Their Love in the most Rock n’ Roll way possible.   Join Red Zeppelin for a night of some of the band’s most treasured love songs, along of course with all their well known classics and obscure favourites. Whether you’re a lifelong fan or need to experience it live for the first time, this is your show.   For years, Red Zeppelin have swung the hammer of the gods, wowing crowds across Canada with their passionate performances that play brilliant homage to the rock classics. Led by the fiery vocals of Joan Smith (Serena Ryder, Little Foot Long Foot, Joan Smith & the Jane Does), Red Zeppelin delivers an electrifying experience.   While the look may be a little different, the swagger and the song remains the same. Tickets available right now, rockers. website: www.redzeppelintoronto.com youtube: https://www.youtube.com/watch?v=DuHccMsCPBA   *Advertised pricing excludes taxes and ticketing fees.