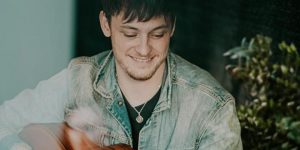 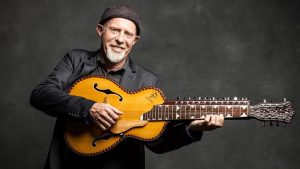 Blues man Harry Manx has been called an “essential link” between the music of the East and West – creating musical short stories that wed the tradition of the blues with the depth of classical Indian ragas. Manx has established a unique Indo-blues hybrid that is hard to forget and incredibly addictive to listen to. He has forged his distinctive style by studying with many legends, first as a sound-man in the blues clubs of Toronto during his formative years, and then under a rigorous tutelage with Vishwa Mohan Bhatt in India, where he also learned the voicings of Indian music – a subtle art that only comes with years of practice. In fact, Bhatt was the inventor of the 20-stringed Mohan Veena, which has become Manx’s signature instrument! A prolific artist, Manx has released 12 albums in as many years with no signs of slowing down. He has also received seven Maple Blues Awards, six Juno Award nominations and a Canadian Folk Music Award for Best Solo Artist. Sale Dates and Times: Public Onsale : Mon, 12 Aug 2019 at 10:00 AM 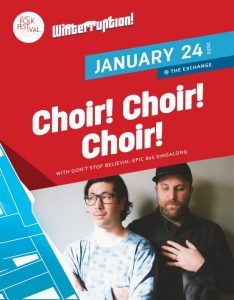 Regina Folk Festival Presents: Winterruption 2020 Choir! Choir! Choir! ------------ CHOIR! CHOIR! CHOIR! Choir! Choir! Choir! is a Toronto-based singing group led by creative directors Nobu Adilman and Daveed Goldman. The duo takes a non-traditional approach; there are no auditions, and the audience is the choir. Just show up and they'll teach you an original arrangement to a song you love. Founded in 2011, Choir! Choir! Choir! has amassed a dedicated and passionate community of singers and a thriving international fan base on YouTube amassing 10s of millions of views on some of their videos. Choir! Choir! Choir! exists to celebrate music and push the boundaries between practice and performance, artist and audience, offering therapeutic benefits with the ultimate side effect: a powerful community. For this evening, get ready to Journey back to the time of big hair, big trends, and Big, the film starring Tom Hanks. But most importantly, BIG TUNES! Some the biggest songs of the 80s are still favourites today - Madonna, Whitney, Bon Jovi - and we'll be signing them ALL at our show Dont Stop Believin': Epic 80s Sing-Along! ------------ Doors @ 7:30, Show @ 8:00 Advance Tickets $25, Door Tickets $32 This show will offer a mix of seats and standing room. ------------ WE WILL RETURN TO YOUR REGULARLY SCHEDULED WINTER IN JUST A MOMENT ------------ Win-ter-rup-tion /?win(t)?r’r?pSH(?)n/ 1. 45+ artists, 13 groups, 5 super cool days, 6 musical shows, 2 venues 2. stop the continuous progress of the coldest season of the year 3. a frosty good time In 2020, the magical beast that is Winterruption turns 5! As part of the 2019 RFF Concert Series and with a taste of the summer Festival itself, we at the RFF along with our founding partner The Broadway Theatre in Saskatoon will present 5 wonderful days of musical warmth on some of the coldest days of the year. This year we will be expanding across the prairies partnering with Winterruption YEQ and Big Winter Classic in Calgary. On January 22nd through 26th Regina will get a whole lot cooler thanks to Winterruption. Each year varies from each other in form and content but are always unequivocally beautiful successes and we look forward to sharing great music with Regina audiences once again. 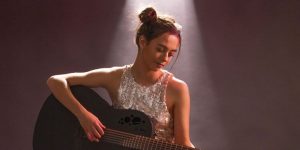 Heidi Wright is an emerging Canadian Songwriter, born in Quebec in 2002. She currently lives in Winnipeg and began writing music when she was 12 years old after receiving a guitar from her father. In the fall of 2018, Heidi was acknowledged for her song, "The Boys of Valour Road” which received National Recognition as a Remembrance Day song that connects our current generation to Canadian War Veterans. The song received airplay on numerous radio stations across Canada and was televised by CBC and CTV. She was also presented with an award by MLA Andrew Swan in the Manitoba Legislature for, "The Boys of Valour Road”. In 2019, Heidi was invited to perform at the Valour Road Remembrance Day Ceremony where she met relatives of the soldiers she wrote about. Heidi performs regularly and has played diverse venues including the Winnipeg Folk Festival (as a member of the Stingray Youth Performers program) The Bluebird Cafe and Tootsie's in Nashville Tennessee, as well as the CANO Conference. Doors - 7:15pm Show - 8:00pm Tickets Advance - $10.00 Door - $15.00 Tickets available at Eventbrite or by contacting the WECC box office. 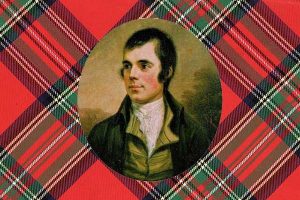 Come and celebrate the Scottish bard with music, song, the highland pipes and of course some haggis! This is always one of our most popular events - get your tickets early. 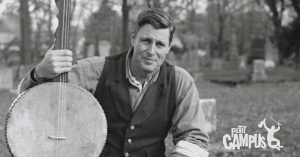 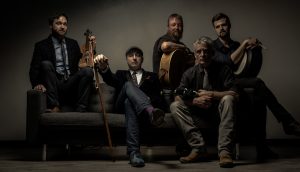 Friday, January 24, 2020 | 8:30PM Steel City Rovers Advance $25 / Door $30 The Steel City Rovers perform dynamic and expressive music that is a unique composite of traditional Celtic music and North American styles including bluegrass, folk and roots. Their original works touch on issues of love, loss, celebration and heritage and they also breathe life into newly-discovered instrumental melodies from as far back as centuries ago. Their sophisticated arrangements are inviting for the most casual listener but are rewarding for those who are well versed in the nuances of musical complexity. The Rovers stand out for their powerful, emotive vocals and engaging entertainment. They perform on meticulously crafted replicas of historical instruments that rarely appear on today’s musical landscape. This highly active touring band headlines large festival stages, gives intimate concert performances, educates in a variety of workshop and master-class settings and performs internationally with symphonies. They create, collaborate and work hard to further the love and awareness of music. website: https://www.steelcityrovers.com/ youtube: https://www.youtube.com/watch?v=FPJ0lV_q2zc&feature=youtu.be * Advertised pricing excludes taxes and ticketing fees