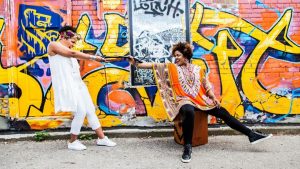 Taking their name from the word for “heart and soul” in the Afro-Cuban religion of Santeria, Toronto-based OKAN fuses Afro-Cuban roots with jazz, folk and global rhythms in songs about immigration, bravery and love. Embracing genres and roles that have historically been dominated by men, co-leaders, composers and multi-instrumentalists Elizabeth Rodriguez and Magdelys Savigne bring a fresh perspective to Latin and world jazz fusion through powerful harmonies, incredible musicianship and potent lyrical content. Born in Cuba, both members of OKAN are Juno-nominated for their work with Battle of Santiago and Grammy-nominated for their contributions to Jane Bunnett and Maqueque of which they are former members. Backed by some of the finest jazz musicians in Canada, the duo launched their debut full-length recording in 2019. This performance is made possible by the generous support of Canada Council of the Arts, Alberta Foundation for the Arts, Arts Touring Alliance of Alberta and Prairie Debut Sale Dates and Times: Public Onsale : Mon, 12 Aug 2019 at 10:00 AM 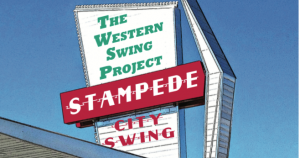 Three groups! We are first so get there early. Reserve your tickets through the bowvalleymusicclub.org site or eventbrite.ca 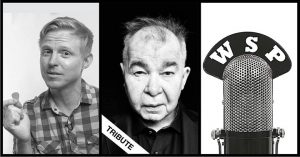 Martin Kerr Duo “You have to make people laugh before you have a licence to make them cry,” Kerr explains. Often compared to James Taylor, Kerr’s storytelling is guaranteed to cover the whole spectrum of emotions. His powerful voice and intricate songwriting has earned him praise from the likes of Bruce Cockburn and Sarah McLachlan, “What a voice! Pristine, measured and beautiful.” A John Prine Tribute with Carter Felker, Tom Phillips, & Emily Triggs Calgary has become known as a place where local musicians put together wonderful tributes that celebrate the music of artists like Elvis, Dylan and Hank Williams. Last year saw the first ‘John Prine’ tribute and it was great. Tom Phillips, Carter Felker and Emily Triggs will bring a taste of this show, each doing several numbers. John Prine – Alberta style. The Western Swing Project This is the musical expression of a mutual love of western swing music and a long friendship between bassist Neil Bentley and guitarist Dave Hamilton. Native Albertans, they have travelled extensively as working musicians developing a deep respect and admiration for superlative musicianship as well as the desire to form a western big band. That group is the Western Swing Project: prepare to swing! 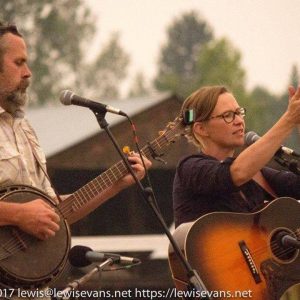 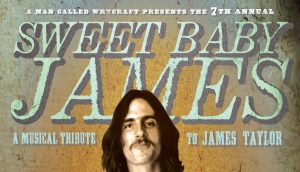 Saturday, January 18, 2020 | 8:30PM Sweet Baby James: A Musical Tribute to James Taylor Advance $25.00 / Door $30.00 * James Taylor is an American singer-songwriter and guitarist. A five-time Grammy Award winner, he was inducted into the Rock and Roll Hall of Fame in 2000. He is one of the best-selling music artists of all time, having sold more than 100 million records worldwide. Taylor achieved his breakthrough in 1970 with the No. 3 single “Fire and Rain” and had his first No. 1 hit in 1971 with his recording of “You’ve Got a Friend”, written by Carole King in the same year. His 1976 Greatest Hits album was certified Diamond and has sold 12 million US copies. Following his 1977 album, JT, he has retained a large audience over the decades. Every album that he released from 1977 to 2007 sold over 1 million copies. He enjoyed a resurgence in chart performance during the late 1990s and 2000s, when he recorded some of his most-awarded work (including Hourglass, October Road, and Covers). He achieved his first number-one album in the US in 2015 with his recording Before This World. He is known for his popular covers of other people’s songs, such as “How Sweet It Is (To Be Loved by You)” and the aforementioned “You’ve Got A Friend”, as well as originals such as “Fire and Rain” and too many more to mention is an event description. Michael Wrycraft is a Juno-Award Winning graphic designer / art director / photographer who specializes in music. Join us for a night sharing songs and stories behind this amazing writer.   * Advertised pricing excludes taxes and fees.